A Microinterview with Tracy K. Smith 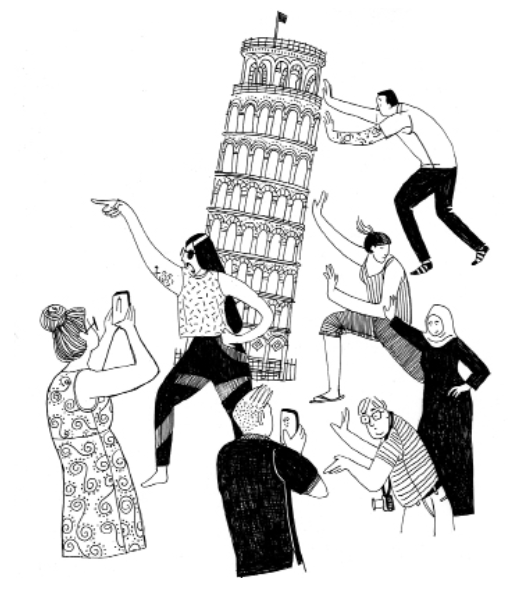 THE BELIEVER: What do you see as your job as the poet laureate of the United States of America?

TRACY K. SMITH: The official duty of the poet laureate is to raise the public’s awareness and appreciation of poetry. Personally, I see this charge as one of fostering a greater sense of comfort with the art form, and a recognition that poems are useful tools for considering and bringing language to our most powerful feelings. In the twenty-first century, when our lives are full of distractions and sales pitches, I think poetry is a vitally rehumanizing force, something that can pull our relationship with language away from the vocabulary of the commercial marketplace and back toward the realm of genuine thought and feeling. It can also help to remind us that our own appetites, needs, and wishes don’t take precedence over those of anyone else.

BLVR: How do you navigate being the representative for poetry in a nation that some would say has chosen government representatives whose aims are antithetical to poetry?

TKS: I feel fortunate to be able to speak publicly and on a national scale to the power and the necessity of real language—language that is unafraid to describe the world and the self with utter honesty. And I think readers crave this; they crave language that goes in pursuit of what is necessary and what is difficult. They crave language that speaks to the great questions, joys, struggles, losses, and hopes that we live with. On the road, I’ve been struck by the extent to which people, no matter who they are, are interested in pondering the lives of others. That’s one thing poems allow us to do, and I think it’s a valuable and necessary alternative to the language of mere “tolerance,” and the language of division that has infiltrated American politics.

BLVR: Since the publication of your first book, The Body’s Question, do you feel any different about a word like responsibility?

TKS: I never really assented to a sense of responsibility in my writing until I had kids. At first, publishing books was more of an opportunity to enter into the public conversation that literature is. You do that as a reader, of course. But as a writer, publishing a first book made me feel like I was finally a member of a team. I still feel that way, which is also a relief, because I know I can do what is natural and useful for me, trusting that other writers are able to cover bases I can’t manage. Since having kids, though, I think a lot about responsibility, and not just in my writing. I want to use my work to make me a better person, and to perhaps engage in useful ways with the realities that will affect my children. More and more of my work is focused less upon my own private experience. I’m interested in where we are going as a civilization, and my poems have helped me to ponder that question.

BLVR: Your work is often interested in irony as a way of getting at things you take quite seriously.

TKS: I have never thought of my project as having much to do with irony, which I think of as premeditated. I also see it handled so poorly sometimes in poems that are mostly trying to go for a laugh or a smug sense of being in the know. But I suppose you’re right that irony does operate in my poems. I see it in a line like “Of course it’s ours. If it’s anyone’s, it’s ours” at the end of “The Universe Is a House Party,” or the closing lines of “They May Love All That He Has Chosen and Hate All That He Has Rejected,” where the killers rise and go into what they see as their rightful calling. The way I describe those lines to myself is to say that they are telling a truth I hate to accept, but that exists. They are moments where the dark or the faulty side of our perspective takes the stage. For me, writing poems is often a way of grappling with what I see to be morally wrong but prevalent. If the poem is successful, it brings me into contact with that perspective in a way that indicts me, that proves I can see into it more clearly, more effortlessly, than I’d have wanted to believe. So the dividing line between those who know and those who don’t or can’t know—which seems to me to drive irony—is ideally blurred or erased in a successful poem. Perhaps I move through this small thing that is irony into something larger, blanketing, inescapable.

BLVR: Your poems have always had an investment in the surreal and the supernatural, but your book Wade in the Water seems to more directly turn toward the spiritual as inspiration. Do you agree with this? What led to this direction?

TKS: I recently found this entry in an old notebook from January 2012:

I don’t really know how to name what I’m thinking about for my future poems, but I want to step into a largeness capable of containing what feel like elemental questions. I want to write about being and to explore the nature of belief. I don’t want to tread back over what I’ve just done, but I yearn to connect with a wisdom that feels ageless, vast, funny at times but purposeful, too.

Sometimes I think of the “Old Stories,” the people who clapped when they sang to the Lord, the necessity underscoring all that. “We will understand it better by and by….” I want to sit close to those voices, the humble certainty of work, suffering, family, joy. Faith in the future, no matter how far-off the future sits. These old voices cause something in me to rise and stir, choke me up. That feeling of gratitude, sorrow, faith—and, I realize now, grief and joy at the line I spring from through those who have gone on—[all of that] is something I want to invite into my poems.

I packed that journal away and didn’t find it until after Wade in the Water was published, but I think the entry speaks to the wish driving those poems. What I was conscious of thinking about while writing the book was how eerily relevant the histories of slavery and the Civil War feel to the present moment and our seeming inability to adequately bridge the racial divide. Wade in the Water has been a site for exploring America through the lens of history, but it also, more persistently, allowed me to approach, for the first time, questions of universal oneness, which intrigue me greatly.

BLVR: What are the risks associated with making work that engages spirituality, and how did you go about facing these challenges?

TKS: Even when my poems are exploring my own sense of belief, I never want them to “preach.” Rather, I want them to conjure a sense of the possible, the mysterious, the felt but not fully grasped. I try to do this by anchoring the poems in the side of the equation where feeling sits, without bothering with the side of the equation that proof or explanation might be said to occupy.

BLVR: What’s next for you? Will you be writing prose again? What did writing your memoir, Ordinary Light, mean for your poetry?

TKS: Ordinary Light helped me to see that my medium is, simply, language. That was freeing. I get to apply that medium in the different ways demanded by the material in question. My next project is an opera called Castor and Patience, which I’m writing with composer Gregory Spears. It will premiere at the Cincinnati Opera in 2020. I hope I’ll write more poems, more prose, maybe another libretto as the questions arise. And right now there are so many questions.

“Sir, Permission To Go AWOL from the Interesting, Sir!”