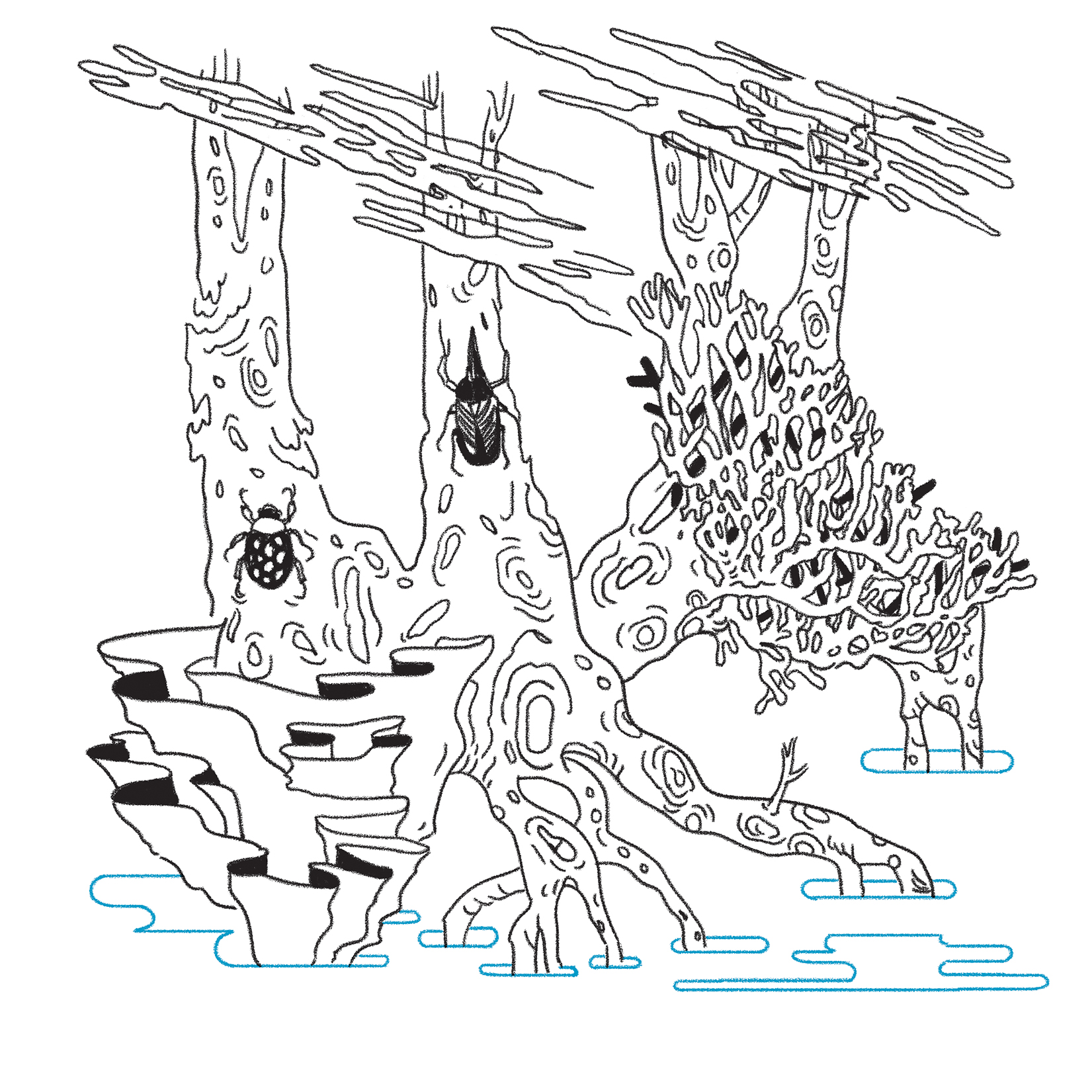 Kristen Gallerneaux is the curator of communications and information technology at the Henry Ford Museum, in Dearborn, Michigan. Of her work, Sarah Rose Sharp wrote the following:

Over the years, Gallerneaux has been engaged in prodigious research, often in connection to objects in the Henry Ford Museum’s massive and highly eclectic collection, which was founded in 1929 and was catalyzed by Ford’s interest in stories of technology, innovation, and everyday life in America. Some of these objects include a radio used to attempt communication with Mars; the Telimco radio, built by sci-fi publisher Hugo Gernsback; and the first transistors from Bell Labs. A few years ago, Gallerneaux compiled aspects of her professional research on dead technologies, her independent art practice, and her personal interest in paranormal experiences and object-oriented ontology into a collection of writings, High Static, Dead Lines, which was published by MIT Press in July 2018.

KRISTEN GALLERNEAUX: I’m interested in rational materials behaving irrationally—especially in that afterlife phase. Objects can seem to operate with their own material logic or be caught in the act of willfully swallowing up their own histories. I’m most interested in reactivating the voices of objects that seem mysterious, confusing, irrelevant, or unknowable on a surface level.

Writing isn’t the only way I try to expose these kinds of weird objects of modernity. In my creative practice, I use a lot of digital workarounds to sonify static objects and collect base material from charged landscapes, using things like software, glitchy video, and analog synthesizers.

Working in a museum with a large and broad collection has been the best kind of environment to be in as someone who is likewise interested in OOO [Object Oriented Ontology] and media archeology. Walking around storage spaces crammed with millions of artifacts amplifies the notion that there are states of attraction and repulsion, as discoveries, juxtapositions, and connections present themselves—even when you aren’t looking for them.

THE BELIEVER: In your book, what motivated your decision to intersperse your heavily researched essays on the confluence of technology and the paranormal with semi-fictional accounts of the early life of a protagonist named K.?

KRISTEN GALLERNEAUX: I’ve typically talked about these literary vignettes you’re referencing as semiautobiographical. They are amalgams of things I experienced growing up in a Spiritualist household, but they also enfold other people’s experiences, things overheard and sensed. They are shot through with the idea that the most unbelievable stories and family lore can be wrong but not necessarily incorrect.

BLVR: I think an awful lot of people have had some kind of paranormal experience and perhaps struggle to reconcile it with a version of “truth” that is more independently verifiable.

KG: As a folklorist, I’m interested in how lived experiences fall victim to the concept of “constancy and change”—how in the telephone game of transmitting or retelling stories, things are dropped and added and become enveloped as truth. I’ve also complicated things by using [American folklorist] Stith Thompson’s Motif-Index of Folk-Literature [a six-volume catalog of granular elements of folklore] to footnote each vignette.

Ultimately, the decision to include both fiction and nonfiction was an experiment. They might differ stylistically, but there are these unifying threads: sonic experience, the shifty behavior of things, granular details, and speculative theories. I’m dead interested in making technological writing approachable—and I try to carry the same sensitivity over into writing about paranormal and supernatural experiences.

THE BELIEVER: I would argue that sound is the sensory input that can most strongly instigate a primal fear or uneasiness. Obviously, you have an interest in sound as a specific vehicle for the paranormal—a realm that many associate with fear or uncanniness. Do you see an intuitive or scientific connection there?

KRISTEN GALLERNEAUX: I’m definitely not alone in my interest in the connection between sound and subjective experience, even as it relates to notions of the uncanny, fear, paranoia, and the supernatural. In my own work, the phenomenon that I’ve had the closest relationship to is “the Hum”—an infrasound phenomenon that can cause people to feel ill, anxious, or even haunted. Sometimes hums are caused by man-made industrial processes; sometimes they occur naturally. That there is an inescapable low-level sound that can invade people’s homes is probably the most frightening thing I can think of.

In the early 2000s, I lived in Windsor, Ontario, which is the site of a hum that has received a lot of attention—VLF waves [very low frequency is the International Telecommunication Union designation for radio frequencies in the range of 3 to 30 kilohertz, corresponding to wavelengths between 10 and 100 kilometers] have been pinpointed by environmental scientists to be emanating from the heavy industrial site known as Zug Island, which sits where the mouth of the Rouge River meets the Detroit River. When researchers were trying to discover the source of the sound, they—no joke—described the experience as “like chasing a ghost.”

THE BELIEVER: Do you currently believe in the supernatural, or have you ever? Can you identify any moments that instigated your belief in the paranormal, or that shattered it?

KRISTEN GALLERNEAUX: This is a question that always provokes a bit of anxiety, but it’s an important one for me to figure out how to answer. I was raised in a household where supernatural belief permeated the everyday, where multiple generations of women practiced “talking to the table,” seances, cartomancy, and tea-leaf reading. I took these experiences into academia, where they inspired me to make art and to study folklore and the media-based history of paranormal cultures. Even the very act of studying topics like these can raise eyebrows and become detrimental to one’s legitimacy, whether or not you admit to personal belief. Luckily, there is a whole line of cultural scholars at this point who, like me, are interested in linking the entanglement of belief with the history of technology. Jeffrey Sconce’s Haunted Media: Electronic Media from Telegraphy to Television and Marina Warner’s Phantasmagoria: Spirit Visions, Metaphors, and Media into the Twenty-First Century were game changers for me.

But as for the question “Do you or do you not believe?,” I usually find myself citing one of my particularly witchy academic mentors, who once said, “I don’t believe in ghosts, but I’ve met them plenty.” It perfectly summed up my noncommittal, gray-zone syncretic beliefs.

An Interview with Janet Malcolm