An Interview with Bebe Buell 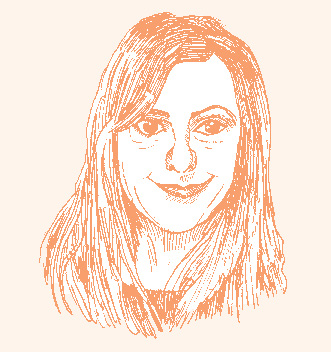 BLVR: Why did you move to Nashville?

BB: I never envisioned that I would move into a brand-new house and start a brand-new life here the year I turned sixty. I came down here to sing on an Eddy Arnold tribute record and through that I met Eddy Arnold’s grandson and his wife, and they became mentors and dear friends. And I feel younger and freer and more inspired than I did the day I turned thirty.

BLVR: You were a different kind of “woman in music” when you first started running with the rock crowd. Tell me about that.

BB: I feel like I have fought my whole life: stop calling me names. Stop defining me; stop telling me that I am this or I’m that. Why don’t you say, “Man, you had really good taste in men.” Or “That must have been really cool dating him.” You know what I mean? And the way society looks at women, it’s always “What is it about you that that man wanted to be with you?” And I’m thinking to myself, “What is it about him that would make me want to be with him?” Relationships are a two-way street.

BLVR: What baffles me is that you were able to move through these relationships with these really intense people.

BB: I was never married. That’s not a judgment. I just never saw myself as a taken woman very often, even when I was with Todd all those years. We always saw, in private and not-soprivate, other people. It was the era. It was the time. Maybe if we had been married, it would have been different. But I find that those kinds of relationships tend to be very damaging to your psyche. I don’t care what anyone says. There’s nothing abnormal about not feeling OK, or feeling jealous, when the person you are with is with another person. It hurts a lot. When you’re a young girl you might act things out in a different way. My way of acting out was “Well, OK, I’ll date Mick Jagger, then.”

BLVR: You wrote a book called Rebel Heart, which was a New York Times best seller. Reading it, I was interested in how you remained intact in perilous situations involving betrayal and drugs and general craziness.

BB: I think it’s in my DNA. I am meant to conquer my demons and I’m meant to surpass the handicaps. I know now why I didn’t marry Todd Rundgren and I didn’t marry Steven Tyler. I know now why they have the roles they have in my life now, as opposed to then. I thought it would be Todd that would be my lifelong friend. That turned out to be Steven, who everybody thought would be the big fuckup. He’s turned out to be the one who’s done the most work on himself and has come the fullest circle and is the best person I know.

BLVR: The genre of music you’re doing is a little different than the music you did several years ago. It’s more of a roots kind of a genre. And even your voice has changed

BB: This is something that happens to all musicians and all singers if you’re going to grow. I don’t believe in staying the same. I just follow my voice. My voice does what it’s going to do. I don’t tell it what to do. It tells me what it’s going to do. So I don’t have a whole lot of control over the changes. I think we’ve got a sound that’s extremely unique, even though it’s built on who came before.

I grew up in North Carolina with my grandparents who had a farm. So I heard a lot of real country music, not watered down country music. I was one of those kids who was totally blown away by seeing the Beatles on Ed Sullivan. And the Stones. Music became a palate, like a smorgasbord. Sometimes I go on a Kate Bush marathon. I’m into Shubert. I don’t know. We have the opportunity to love all kinds of music. My mother listened to a lot of Patsy Cline, Frank Sinatra. It was always record players, it was always records. There was always a respect for music in my house.

BLVR: How would you define your musical apprenticeship?

BLVR: You’ve talked a little bit about your friendship with Patti Smith.

BB: My daughter sees Patti now more than I do, because she lives in New York. Last year I had an exploding appendix, which is very dangerous and scary, and I had to have emergency surgery. I remember my daughter telling me she had to go to this event when I was going through this, and Patti was there. And she said she was telling Patti and Patti said to her, “Your mother is going to be fine. She’s a very strong girl.” And Liv said, “Mommy, it made me feel so good that Patti Smith was telling me you were strong and you’re going to be fine. It made me feel so proud.”