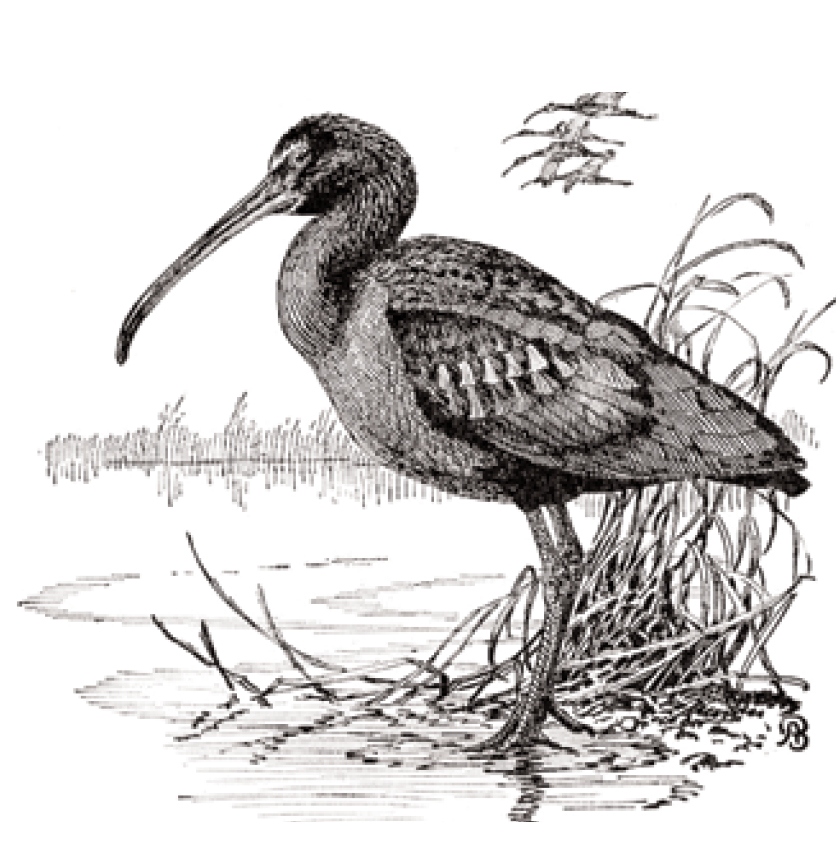 In Johannesburg, and on the beaches and savannas of southern Africa, it is the hadeda ibis, not the rooster, whose song, if it can be called that, announces morning. Har-har-har, he calls. Loud, raucous, guttural, the hadeda’s cacophonous call sounds like drunk men laughing. Har-har-ha-de-da.

Imagine a middle-aged man, grumpy and barrel-chested. He drinks too much, yells too often, laughs a lot but is quick to anger. Now put feathers on him and stick him in a tree. Give him avian vision, a long curved bill, and a Red Sox fan’s hoarse yawp—and hello, hadeda.

They may be all over southern Africa, but hadedas were unheard of in Johannesburg even thirty years ago. During the Soweto riots, throughout the ’70s, nothing, not a peep. During the early ’80s, when everyone you knew had left Johannesburg or was thinking about emigrating, only then did the hardscrabble fowl take up residence. Attracted by plump earthworms teeming in the Johannesburg suburbs, hadedas moved into the very neighborhoods that saw doctors and lawyers and anyone else who could get a U.S. green card or Australian papers leaving in droves.

An unusual bird in any environment, as a city dweller the hadeda is a phenomenon. Large (about thirty inches tall), they inhabit grasslands, fields, and gardens. They live off insects found by probing the ground, but they’ll eat just about anything (earthworms, insects, spiders, mollusks, even small reptiles). They are short-legged, glossy brown, with algae green splashes on their wings. They have a peculiar, jerky flying style, with irregular wingbeats and plenty of ruckus. They are social birds, moving around in flocks numbering up to a hundred birds.

Har-har, they laugh. Har-dee-fucking-da. What are they laughing about? What’s so funny? Is it because they’re eating our food? Shitting in our swimming pools?

Peerless in the feathered world, hadedas are ugly, devoid of songstreling abilities, and relatively myopic, compared with, say, gulls or eagles. Perhaps because of their relatively poor vision, or perhaps because they’re still unaccustomed to their swanky new digs, hadedas appear to be in a state of constant anxiety.

South African wildlife preservation laws prohibit shooting hadedas. They have no natural enemies, are unaffected by drought or desertification (at least in Johannesburg), could care less about inflation or the valuation of the rand. They’re happy. They’re ecstatic. They’re singing.

Does everyone hate them? Apparently not. Some people tolerate them because they eat garden pests. Others like them because they’re ornery and unusual. Whatever the reason, the hadeda is celebrated on stamps around the world. In 1981 the Ciskei (then a faux state, now part of South Africa) released a hadeda postage stamp. Since then their likeness has been licked and posted in Burundi, Gambia, the Ivory Coast, Kenya, even United Nations mail rooms.

If the phoenix is the bird of rebirth, the owl the bird of wisdom, then the hadeda is the bird of irony. They came to Johannesburg when everyone was leaving. They sound drunk at the crack of dawn. (Sometimes known as “sparrow’s fart,” early morning should properly be renamed “hadeda’s laugh”). They’re ugly, tone-deaf foreigners, yet these avian arrivistes announce the onset of each new day.

So what is it they’re saying to us in the morning? Are they laughing at us? At the people sleeping in their window-barred bedrooms, surrounded by razor ribbon and water sprinklers? You silly people. I must wake you up so you can get on with your stupid little lives. Or do they gasp at the new day dawning, at the sun and sky and trees? Do they sing, however hoarsely, out of ecstasy? Oh, but your land is beautiful. Izwe lenu lihle.