I used to follow recipes all the time, and I got good at it. Enough that over the years I found I needed recipes less and less. It started, though, with a strategy that was purely practical—not intended to get me off training wheels but to allow comfortable riding with them on.

First is to read the entire thing, start to finish, several times. This was tiresome at first, then became custom, and recently when I looked up a Thai curry after normally muddling ahead without instructions, I found it tiresome again. The point is that it’s like exercise: doing it often makes it easier. It is worth it because every recipe has its own language and its own starting and stopping points and its own intersections and intentions. Because there are measurements, temperatures, and cooking times—i.e., numbers—we often treat recipes like they’re math, which they decidedly are not. They’re small worlds or small stories, and one has to learn their geography and topography to navigate them. 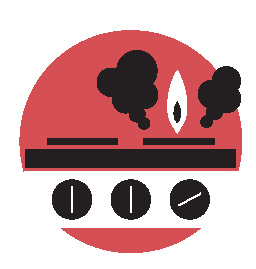 You’re reading not only to make sure that when it comes time to add fish sauce you have the bottle out and measuring spoon at hand. You’re reading to see what else is happening at the point in the instruction when the fish sauce will be called for. If, for example, it is a curry, the instruction may well be to turn off the heat under a nearly finished coconut-milk broth, add the requisite measure, then serve. If that’s the case, you don’t need the fish sauce or the measuring spoon out until the end. You can loaf and lag. The heat is off. You know this because the recipe has implied it, but it probably takes a second read to realize the fact. 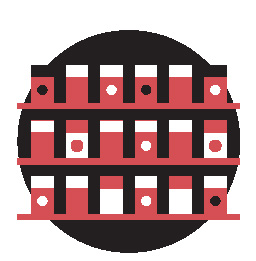 If, on the other hand, it is a chicken and basil stir fry, you see that the fish sauce is to be added just after the chicken, which was added just after the garlic, into a very hot pan, with a lot of chopped basil immediately following. Then, all hell’s going to break loose (mostly internally, for you) if you happen not to have the fish sauce out, already measured at the amount commanded.

That leads to the second point, oddly controversial. They used to say: get all of your ingredients cleaned, cut, and measured before starting to cook. Now there’s advice from the cooking-instruction sector that recipe readers do the opposite, and leave preparation until mid-cooking to cut down on preparation time. Whom to follow?  It depends. If chopped tomato goes in fifteen minutes after the onions, you might wait and cut it while the onions are cooking. If parsley is the last step in a four-hour-long beef stew, no reason to chop it now unless you don’t have time later. 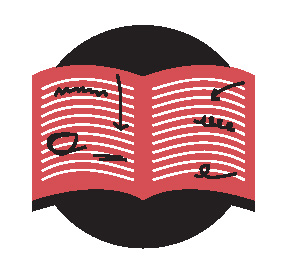 Third: know what each ingredient and process is doing—what its purpose is. If an herb is added at the very beginning, and you see that the whole lot will cook, a la beef stew, for four hours, the herb will be very much a part of the stew’s flavor and essence. Or maybe it’s added at the very end, so a wonderful accessory. It’s important to know, because if one infers an ingredient’s purpose and whether its unavailability should scuttle the project. Another example: why is broth and wine the base of the stew? One reads, one thinks through what beef broth tastes like—meaty, clean—and what wine does—acidic, sweet. It dawns on the reader that water could stand in for broth, beer or tomato for wine.

Fourth and finally: Use intellect and judgment. You can picture a cup, and you can picture salt, and if any recipe tells you to add a cup of salt to two cups of sliced chicken, you know they’re misleading you, and you should seek counsel elsewhere. If a recipe tells you to bake a cake for 20 minutes, and at that point it is still batter, you must hear your common sense telling you its time is not up. If the pan is on fire, no matter how far you are from the suggested cooking time, you must turn the burner beneath it off.

Not Enough Protection from the Song