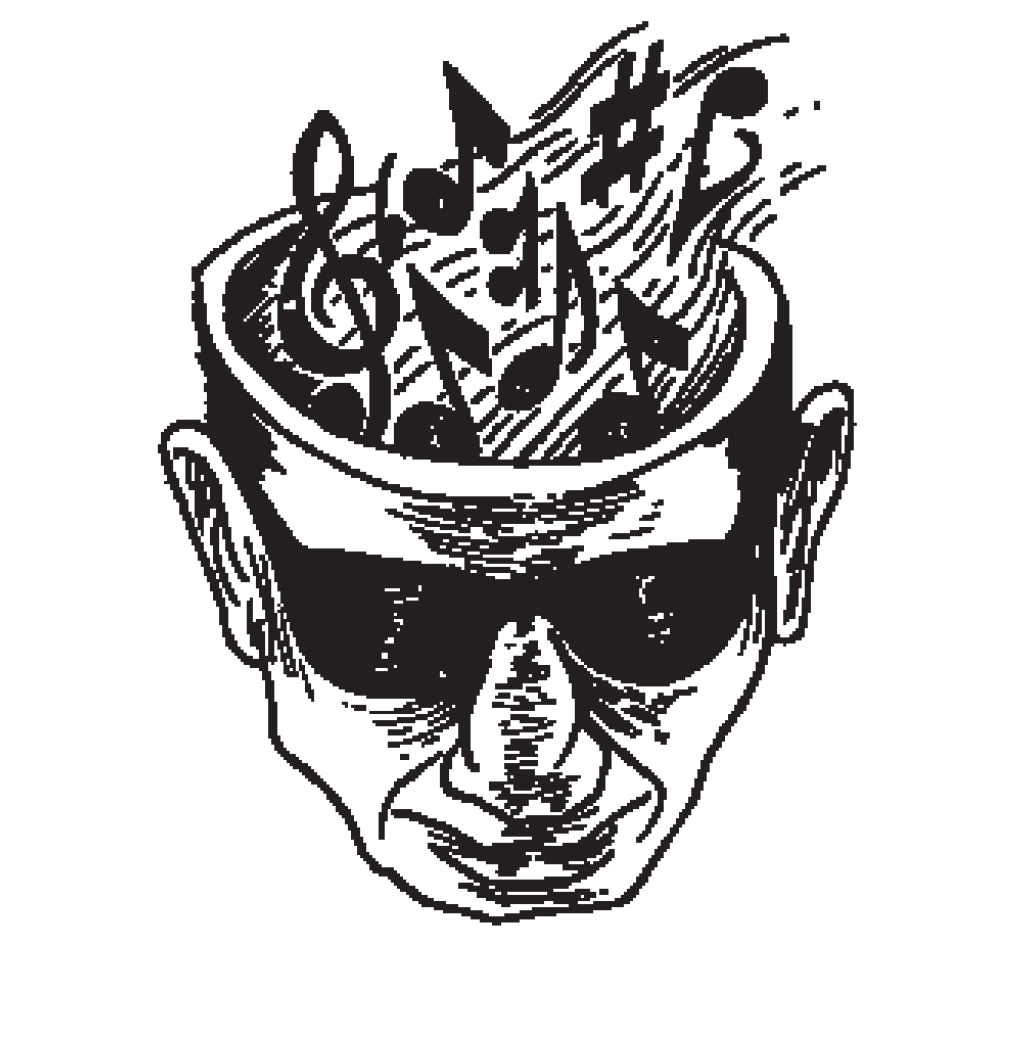 The plain and usually ugly truth of my daily life is that I’m a temp. If you’ve been here, you know what it’s like to feel hemmed in by necks—thick, cologne-reeking, beef-blissed necks. I don’t look at faces, since next week I’ll be in a new office, a new temp gig, and I don’t want to waste memory on faces. It’s all necks.

There’s no music in here, ever—save for the tinny clatter of speakerphone conference calls and the buzz of hundreds of yards of fluorescent lights, the sound of the unconscious mind humming nonsensically to itself, spinning variations on an arid, unadorned melody.

I studied music theory for a time, and it opened my eyes to harmonic frameworks that changed the way I thought of music. Poring over Bach’s four-part cantatas and trying to write my own imitations; struggling with ancient modal counterpoints and twentieth-century twelve-tone matrices, I built a particular kind of vocabulary. This vocabulary, it turns out, is completely irrelevant to the music that I make.

I play in what I usually describe to curious coworkers and well-meaning uncles as “a rock band” called Oneida. I don’t try too hard to go any deeper into the subject since I’ve managed to convey in shorthand that we’re loud and uncouth, and probably unschooled and unskilled. If pressed, I’ll admit that our music is fast and extremely repetitive; if the inquiring party is still onboard, I’m delighted to go into specifics.

I’m not entirely sure what musical elements make up our music. Vernacular American blues and folk traditions are certainly an indispensable foundation, as are works of contemporary avant-gardists and minimalist composers, African musics, and Christian hymns.The musicological mystery, though, is how to notate these musics. Anyone who has ever transcribed or tried to play a Delta blues in traditional musical notation can tell you that the music is incompatible with the method.You can come close, but you simply can’t capture even the most basic elements of the sound. Likewise with most electronic music: the game efforts of mid-century experimenters, toying with radical notation systems, speak eloquently to that.

Several weeks ago, our guitarist Jane and I were trying to figure out how to play a snaky, twisting line written by Kid, our drummer, who looked on in amusement. Our talk turned to the subject of modes. We rapidly became entangled in a labyrinth of misunderstanding and drunken buffoonery, and we were able to extricate ourselves only after realizing that we each understood the term “mode” in a completely different way. Jane is a metal guitarist: he stacks his modes, maps them on his mind’s guitar neck. I, apparently, am a traditionalist, envisioning single, sinuous modes that wrap their way left to right up an invisible keyboard.

Bewildered and laughing, we backed off from our attempt to make sense of the music. Instead, we simply listened to the sound, and the song came together in a flash.

I wish I could write this tune down. If I could only notate this sound; if I could accurately transcribe the rhythms my thumbs beat on the edge of the desk in caffeinated second-lines to the color printer’s dopey, sluggish churning, or capture the way this endlessly looping phrase dances in counterpoint to the fax machine’s clipped, bitter melodies. But there is no system, no written language, that can convey the sound of this music, and so I leave it inside my skull.

A Symposium on Repetition

It Never Entered My Mind