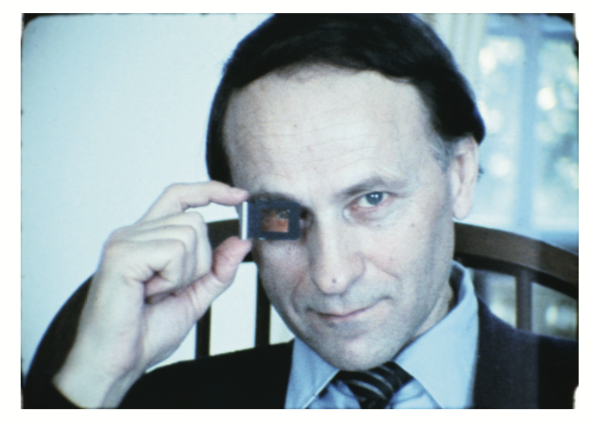 The films of Jonas Mekas are masterpieces of nothing.

Mekas was a Li­th­uanian poet exiled with his brother Adolfas to New York City in 1949. Lost and friendless, they had nothing to do and nowhere to go. So they went to movies, and let The Treasure of the Sierra Madre and The Bicycle Thief enrich their impoverished lives.

Mekas had always kept a diary. Now he bought a Bolex, a small, portable film camera, and filmed everything that surrounded him—fields in Central Park, abandoned buildings, rabbit shit, snowflakes.

“I may just be filming my memories,” he later said. “I don’t care.”

After two narrative films and nearly twenty years’ worth of private recordings, ­Mekas decided to make feature films from his home movies. By then he had immersed himself in the art world and lunched with John Lennon and Allen Ginsberg on a regular basis. He edited his footage without much attention to chronology or sequence—his diary films don’t have plots so much as moments, scenes, and happenings. They have titles like Scenes from the Life of Andy Warhol, or Scenes from Allen’s Last Three Days on Earth as a Spirit.

A typical Mekas sequence could be grainy, washed-out footage of three couples in a dark room seated around a table, upon which sits a birthday cake with lit, flickering candles. A woman eats a peach, perhaps. Children likely play nearby. The screen turns white, and we are on a beach. Water splashes against rocks, and a different woman walks across the sand in bare feet, the wind blowing through her hair. We cut to a close-up of her veiled eyes.

Title card: nothing happens in this film.

And then we’re in SoHo in winter, with snow piled so high that traffic can’t move. Skinny, limp-haired Mekas and two friends walk down the street to a bar, their hands in their pockets, their shoulders touching. We read a title card, meanwhile, in central park, and cut to people in summer drinking wine. The sound track of subway noises, Chopin, and a live recording of the Velvet Underground’s “I’ll Be Your Mirror” gives way to ­Mekas’s voice. Our accented hero says, in a haltering drawl, “I make home movies, therefore I live. I live, therefore I make home movies!”

Then he plays the accordion.

Soon after he came to America, Mekas met filmmakers—people like Kenneth Anger, Stan Brakhage, and Maya Deren—whose movies confused him.

They played versions of themselves in fractured, symbolic landscapes. In Fireworks, Anger played a teenager being gang-raped by sailors while Roman candles went off. Brak­hage’s Desistfilm showed a group of young people at a party, his roving camera an implied party guest. Deren’s Meshes of the Afternoon was a Freudian drama about a woman preparing simultaneously for sex and for death. Meshes wasn’t about a struggle to overthrow society­—it was about Deren’s struggle with herself.

The European avant-garde wan­ted to upset the establishment. At first, Mekas loathed the self-­indulgence of the American avant-garde; later he came to adore its freedom of expression, especially once he started making avant-garde movies himself. While critics called them “underground movies,” he called them “oppositional cinema,” declaring that Hollywood, with its lack of imagination, was what was really underground.

In Walden (Diaries, Notes & Sketches), Mekas’s third full-length movie and his first diary film, a ­former cameraman asks Mekas if he can watch him and Adolfas shoot an underground movie. The Mekases talk, but they have no idea what to do. They go to a diner. “We had some coffee, and then we had some doughnuts,” Mekas says on the sound track. “And then we had more coffee, and we had more doughnuts.” They finally hatch a plan. They take the man out into the woods, where Adolfas points a Bolex at the ground while Jonas runs around shrieking, “Underground movie! Underground movie!”

Mekas lived through the heyday of ’60s happenings. He films one in Happy Birthday to John. John Lennon rides around on a tricycle in a porter’s costume, Yoko clinging to his back. Two men carry a woman in a dress across a room, one holding her hands, one her feet. A girl lies in a corner smoking. Some people sit cross-legged in a circle, sur­rounding an orange cake shaped like a guitar. Everybody’s laughing. Everybody’s happy.

Mekas wasn’t just a filmmaker, but a commun­ity organizer. In addition to providing spaces for independent filmmakers to house their equipment and show their films, he founded Film Culture, the first nonacademic American magazine to talk about film as a serious art form. The magazine chronicled nearly every aspect of the American avant-garde film movement, from Warhol filming the Empire State Building to the Kuchar brothers noodling around in their basement. Mekas wrote many of the articles himself, in a blunt, aggressive style; in an early piece, he argued that “we have had enough of the Big Lie in life and in the arts… we are not only for the New Cinema: we are also for the New Man… we are for art, but not at the expense of life. We don’t want false, polished, slick films—we prefer them rough, unpolished, but alive; we don’t want rosy films—we want them the color of blood.”

Mekas’s personal evolution for­med Culture’s most compelling subplot. In his earlier pieces he decried American avant-garde films for being too personal and disinterested in politics; in later pieces like “Notes on Some New Movies and Happiness,” written after the great scare of police crackdowns on screenings of government-censored films like Jack Smith’s Flaming Creatures (Mekas screened Creatures—a forty-minute bacchanalia of transgender sex—at the Film­makers’ Cinematheque, and was arrested for it), he praised the new crop of films for precisely the same reasons. He wrote that these “little movies do no ‘shaking’: They are there for their own unpretentious sake.” The right and the left had tried to change the world, while the “useless” filmmaker “lets himself be changed by the world. He is that humble and nutty about himself.” He described an encounter with his friend Leo, in which they tried to answer the question of how best to move forward:

We sat by the lake, eating apples. I said: “What do you propose? What’s the way out?” Leo said: “What is the way out for an asp tree or an apple?” We sat silently. I said: “Man is not an ­apple. The apple is passive.” Leo said: “Tell me, if you know: What is action?” He finished his apple and threw the core into the lake. We watched it.

Mekas’s films mix joy with melancholy. He mirrors the happening in Happy Birthday to John with another one at film’s end. A title card reads december 8 1980. A group of mourners walks to Central Park.

The critic David E. James has argued that Walden is struc­tured by absences, a judgment that could be applied to Mekas’s oeuvre. Scenes from the Life of Andy Warhol was finished three years after Warhol’s death but only refers to it obliquely, with organ music and the beginning of the funeral service on the sound track at film’s end. Mekas made a similar move with Zefiro Torna or Scenes from the Life of George Maciunas (Fluxus), his film about his deceased friend and fellow Lithuanian exile. The strategy in both films is to make us hold a life close to us while waiting for it to expire. The films become ways to keep his friends alive.

Himself, too: In his 2000 diary­ film As I Was Moving Ahead Occasionally I Saw Brief Glimpses of Beauty, the then-seventy-eight-year-old filmmaker describes sitting in his editing room on the eve of the millennium and thinking about all of his departed friends. He ends the film with a close-up of his face, as he plays the accordion on the sound track and sings, “I know nothing about life.… I do not know where I am, but I know that I have experienced some brief moments of happiness.” The screen fades to black.

Nobody dies in Mekas’s movies, at least not onscreen. Nobody changes, either; change seems to bother him much more than death does. In 2005 he told the magazine 3:AM that he only wanted to capture joy and celebration in his movies, preferring to leave violence and ugliness to others.

People don’t just grow up and die in life; they get into fights, they leave one another, they stop calling. Toward the end of As I Was Moving Ahead we see a brief shot of Mekas and his wife, Hollis, kissing—one of the few moments of romantic intimacy in his films—followed by a shot of the family, followed by the title card a film about people who never have any arguments and no fights and who love each other.

Mekas and Hollis had separated by the time of the film’s release. He says on the sound track that “people­ are bad and cinema is innocent, innocent. People are not innocent. They are not.”

Mekas’s most lasting contribution to ­cinemamay be Anthology Film Archives, the Second Avenue courthouse that he renovated into a repertory movie theater, and its greatest achievement may be the Essential Cinema collection, a group of 330 preserved films that the theater shows on a regular basis—some canonically Hollywood, some shimmeringly foreign, but most American avant-garde. With many Warhol and Brakhage films still unavailable on video or DVD, Anthology has become another way to preserve Mekas’s friends.

Mekas has also made Anthology a venue for new films, for new filmmakers, and for his own work—in February 2009 it premiered his latest work, Lithuania and the Collapse of the USSR. The nearly five-hour-long movie stars ­Boris Yeltsin and George H. W. Bush, but with a twist; as Mekas writes in Anthology’s most recent catalog, “This video is made up of footage that I took with my Sony from the television newscasts during the collapse of the USSR, with the home noises in the background.” He writes that it can also be seen as the story of “one small nation determined to regain its freedom.”

Aside from his film Reminiscences of a Journey to Lithuania, Mekas rarely shows images of his native country. But innocence often means Lithuania for him; the ­country fills his life by its absence. It’s the lost paradise that he refers to in his films’ voice-overs.

Mekas once told an audience that, although he filmed daily life, “I am not exactly filming New York as it is, or your New York. I am still filming my childhood.”

In Walden, Mekas finds a metaphor for paradise regained. He acknowledges the impossibility of reaching paradise through both overt and subtle ways—for ex­ample, his frequent cutting to Thoreau’s book, open on a table, but with the camera so close to the pages that we can’t read the words.

Two-thirds of the way through the film, though, a group of smiling young people in bright red costumes marches through Central Park on stilts, as if part of a carnival. Mekas says in voice-over:

And now, dear viewer, as you sit and watch, and as the life outside in the streets is still rushing… The images go. No tragedy, no drama, no suspense. Just images, for myself, and for a few others… These images, which I figure, as life will continue, won’t be here for very long.… This is Walden. This is Walden, what you see.