Nutrition is a Force Multiplier: The Toll House 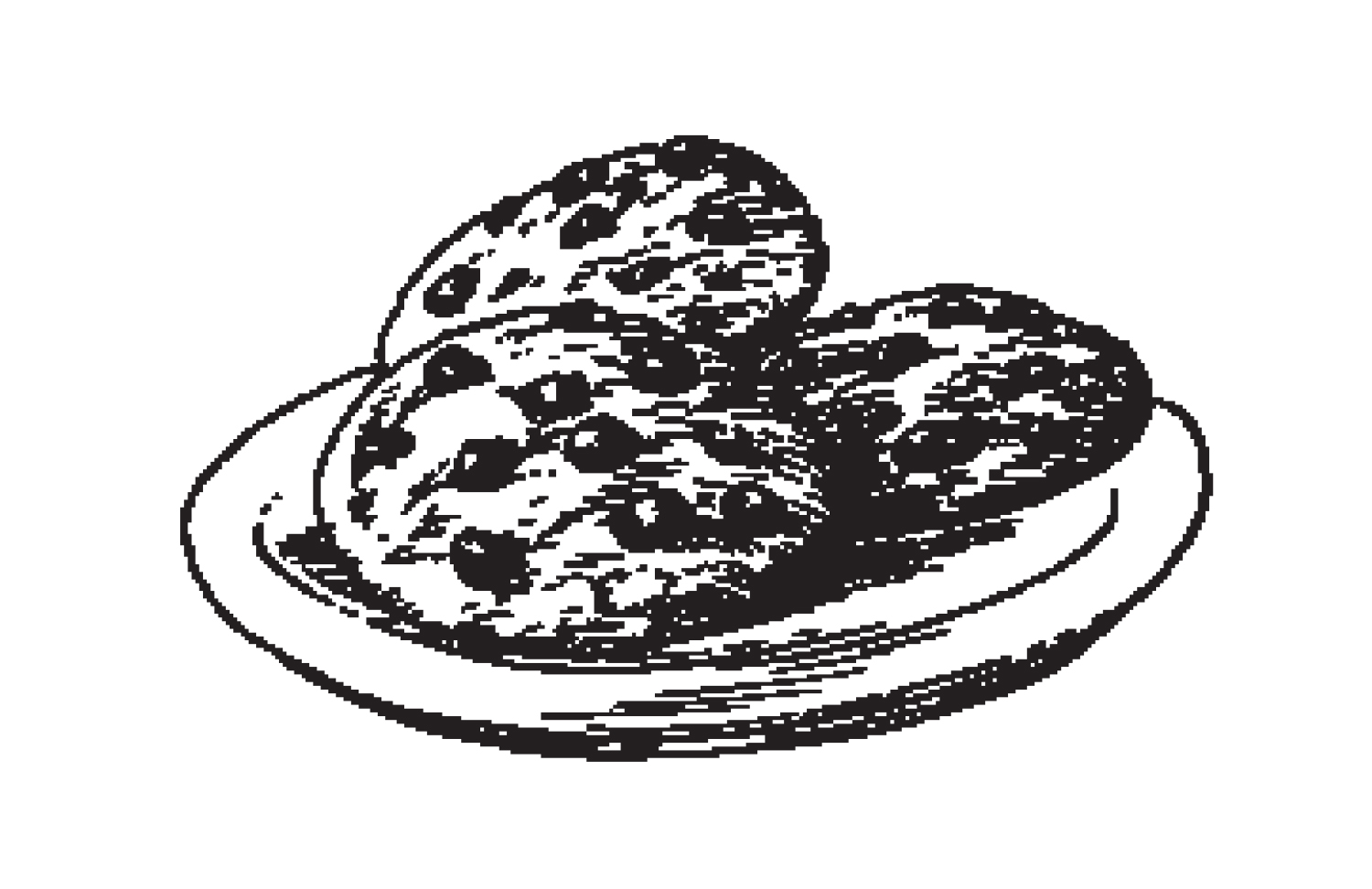 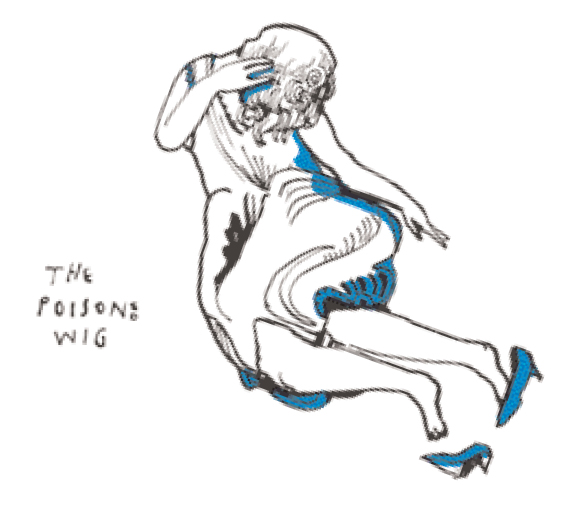 The prison was a castle complete with towers, battlements, crenellations, and murder holes. Surrounding it were fields of wheat. One long road connected it to the rest of the world.

Our helicopter landed adjacent to the prison, on a hill, the top of which had been bulldozed flat and cauterized by tar. I got off behind the admiral and his executive assistant. Our security detachment had already fanned out and taken a knee.

A welcome party stood outside the radius of the decelerating rotor blades, smiling at us. We smiled back as the rotors cast zoetrope shadows upon us.

The warden, formerly the captain of a destroyer, approached us on a crooked line. He shouted greetings, but the helicopter’s vibrations had numbed my ears to his frequency. I could, however, read his lips.

The warden’s jowls trembled as he shook hands with the admiral. Then he led us off the LZ, motioning toward the ashen hulks of one five-ton truck and one Humvee.

Here is where we keep the wrecks, he gestured. Less than a week before our arrival, insurgents had attacked a resupply convoy on its way to the prison. The convoy had been carrying food, ammunition, and mail, most of which was destroyed in the attack. Three American soldiers had died.

News of that attack had been delivered to the admiral’s Pentagon office in a black courier pouch. Inside the pouch were pictures of the aftermath, which showed how the asphalt around the burned vehicles had turned white, and the dead had been incinerated.

The wrecks had been dragged to this spot near the LZ, where they’d gone inert. What must have reeked of burning oil and rubber now smelled no different than the sun on the wheat. The wind whistled through their mangled frames.

The admiral poked his head in one whistling wreck. “The blast must have come from below,” he said.

Absolutely! From below! The goddamn bastards! the warden mimed.Then he led us to the prison’s gate.

The castle’s enormous archway had been walled over with plywood, in the center of which was a door. At the guardhouse beyond, we were asked to remove our insignia and name tags.

We don’t want the prisoners to know who we are, the warden lipped.

“But I’m not afraid of them,” said the admiral.

The warden sighed. He’d had his share of official visitors, so his reply was practiced.

They pass information to the outside.Think of your family

At that the admiral nodded and removed his stars.

My fact-finding began in a dimly lit corridor that smelled of stale urine and bleach. Iron bars separated the corridor from the cell block, where hundreds of prisoners stood facing every which way. Beams of light fell from the high barred windows to the damp stone floor. I passed a dozen guards on my way down the corridor. I heard a phantom hissing.

“Stop that!” a guard yelled through the bars.

The hissing stopped. A second later the hissing resumed.

I exited the corridor through another steel door. Behind it was a square where the sun turned everything gold, including the dirt, the gallows, and the cells of death row. All were inactive now

A dozen cells lined the far wall of the square.I picked one and opened the door. Inside were a boy and a girl, two Americans in battle dress, kissing.

“Shut the fucking door!” the girl told me.

I reentered the prison the same way I’d left, and stood in the dark corridor. I listened to the prisoners’ hissing, and though they must have taken turns to breathe, there was no telling where one’s hissing ended and another’s began.

“There you are!” said the admiral’s executive assistant, a princely, gee-whiz type of guy.

This confounded place! the warden declared.

“I’ve also noticed that none of the stairs are level,” said the admiral.

“And, boy, are they slippery!” added his executive assistant.

The three of us looked at the warden.

Slippery? You said it! We are all doomed to hell. Now, if you’ll follow me through this door.

Back in the square, the earth’s rotation had turned death row from gold to platinum.The warden explained: Here is where, under the former regime, prisoners were cleaved, hung, drilled, electrocuted, burned, neutered, hobbled, and orphaned. You name it. Have a look-see

I opened the door to the lovebirds’ cell and found it empty. We all took turns at this—the admiral, his executive assistant, the warden, and I—going in and out of different cells. After we’d had enough we rendezvoused at the gallows.

“This is all very sobering,” said the admiral.

With that the warden clapped his hands.

All the more reason to celebrate, he said. So, Admiral, if you wouldn’t mind, please accompany me to the center courtyard, where festivities in your honor are standing by.

The admiral looked to me, his speechwriter.

“Do we have anything prepared?” he asked.

“I have ‘The Sailor on a Rock,’ ” I said, which was a story of flexibility and resilience, based on a sailor deployed to a war zone who took his advancement exam on a rock.

Shall we? the warden pantomimed.

So back in the prison we went, past the hissing cell block, then outside into the courtyard, where a formation of guards stood in the sun.

The admiral boarded a plywood stage at the center of the courtyard, where, in the overwhelming brightness and heat, he received two gifts from the guards. The first was a model jet fighter made entirely of soda cans. The second was a watercolor of the guards, including, as the warden pointed out, those who’d died in the convoy attack.

During this exchange a girl offered me cookies from a tray. I took a Toll House.

“They’re homemade,” she said. “Luckily we pulled them off the convoy before they burned.”

Afterward the admiral hailed the guards as indisputable proof of our limitless imagination. He also said that whatever happened at the prison in the past, we were its opposite.

Meanwhile the sun pulverized us. I watched it knock out a guard. Then, as he was being dragged to shade, another collapsed in an unceremonious heap.

Along with the cookie girl, a photographer worked the crowd. Every picture he took must have been overexposed. Nevertheless he asked me for a pose.

“Let me get you eating your cookie,” he said.

So I bit into my rescued Toll House. And I smiled, though it tasted like the blackest smoke.

Not Enough Protection from the Song

Journey to the Sun