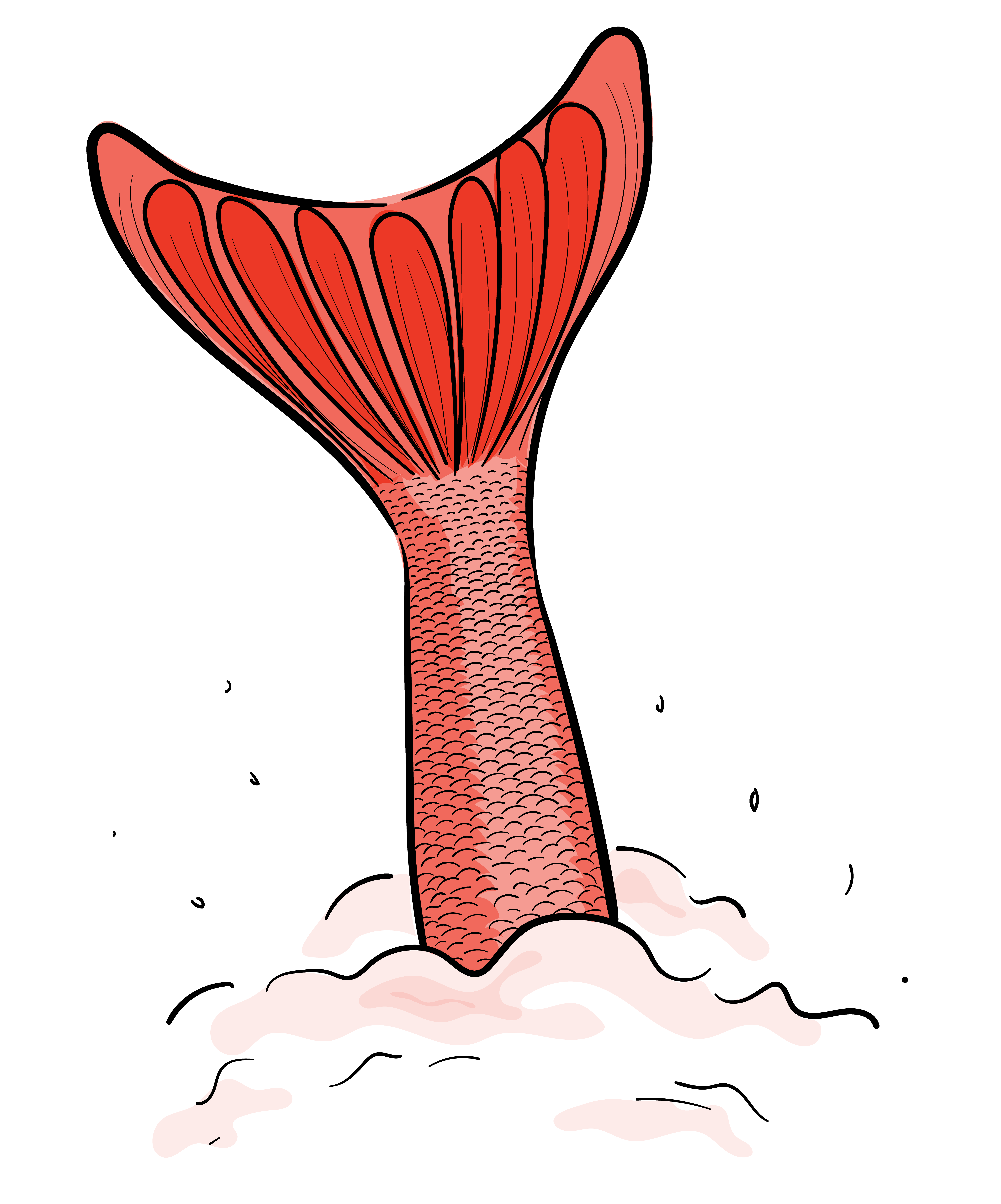 A  year ago I was walking to class and suddenly I became aware that everyone’s conversation around me sounded oddly familiar. It happened all day long. I had always devoted my energy to eavesdropping, and here was something entirely new: in New York, a city full of millions of people, we were all talking about the exact same thing. The afternoon before classes were canceled, I walked into Washington Square Park behind three other students, their voices bright and nervous, as one of them tried to explain to another what an insurance deductible was. On the N train, a woman teased her boyfriend: “You better still love me when we are trapped inside and my eyebrow hairs grow long. And all we are doing is eating beans.”

That was the start of my indoor life. I ate a lot of beans, and four months passed. Then it was summer, the air was inescapably sticky, and every day I planted myself in front of a blue plastic fan wedged in my living room window and fantasized about one thing: swimming. Luckily, the beach, where there is ample space and a virus-dispersing breeze, was just forty-five minutes away by bike. That’s where I went when I didn’t want to look at the four walls of my apartment anymore, where I went to join the ranks of my fellow CIBBOWS members.

CIBBOWS is short for the Coney Island Brighton Beach Open Water Swimmers. Their logo is a mermaid with tentacles for hair, staring into a conch shell, with the unmistakable silhouettes of Coney Island’s Parachute Jump and Cyclone behind her. In the summer, the swimmers meet weekly on Brighton Beach under an orange lifeguard chair they’ve dubbed “Grimaldo’s chair” in honor of a lifeguard who, during his watch, let people swim along the shoreline without whistling them out. CIBBOWS teaches swimmers how to safely navigate the relatively calm waters that stretch between Brighton Beach and Coney Island.

I signed up for an annual membership in CIBBOWS in the Before Times and registered for my first swim in the grim After. The morning before, I was gripped by a nervous, jumpy feeling that felt oddly like stage fright. What was going to happen? Would it go well? The website states that you have to be comfortable swimming a mile in open water. I had experimented with swimming in the open waters of the ocean and the bay in San Francisco, where I grew up. But could I do it here? The previous day it had rained steadily for hours, and the organizer of the swim sent us an email with a graphic illustrating the different points where the city’s sewage might overflow and make its way into the water. It did not inspire confidence.

As I neared the beach, I realized that much of the anxiety I was feeling was related to the fact that I had not formally socialized with strangers in months. The thought struck me as remarkable, in part because proximity to strangers was the reason I had moved to New York in the first place. I wanted to be someplace where nearly everyone was a stranger. I am in awe of strangers—their singular energy, the psychic zap a chance encounter can bring. I like overhearing their conversations, or meeting their gaze, or admiring their outfits, or observing the assured way they apply mascara on a crowded morning train.

The group of swimmers that gathered that morning was small, curtailed by pandemic protocol. As we introduced ourselves, standing in a circle six feet apart, I felt myself shrink, nearly whispering. It felt perverse to try to create new relationships. In my eagerness to maintain the standards of quarantine, I jumped into the waves with my cloth mask still affixed to my face.

The water was like something out of a dishwasher—warm and muddled brown. When I surfaced on shore nearly an hour later, I wiped away a beard made of sea sludge that had formed on my chin. But I was happier than I had been in months. The push of the current had wiped away the feeling of a motionless summer. The loose conglomerate of our bodies, spread out in the great wide sea, reminded me of the way I had moved so freely in the Before.

Each week, I returned to the beach. The water was different every time. Some days the waves slapped me beside the face and poured into my ears. Some days the surface was dark; on others it was glassy, mirrored, and sumptuous. There were warm spots and cold puddles and floating moon jellies smacking into my hands. In this way, swimming is nothing like quarantine time, which takes on the listless, unchanging sameness of constant uncertainty.

I had exchanged numbers with a woman in CIBBOWS whose pace was compatible with my own, and we began meeting up for regular swims. I conducted our first conversation like an interview; I had forgotten what small talk sounded like, and questions flew out of my mouth in rapid succession: Where did she grow up? Where did she like to swim? What was her experience of quarantine like? What were her deepest, gravest secrets? In the end I resorted to googling her, in hopes that it would stave off the desperate energy of my interrogation.

One sleepless summer night, I flipped through old entries in my journal. I’m in the habit of re-reading my diary to summon back to mind small details of insignificant days. In one entry from the previous year, I had written about being caught in a torrential downpour in Manhattan. In a glowering, terrible mood, I had abandoned plans to walk to the Upper West Side and instead ran to the nearest subway station. For a long time, no train arrived. When one finally did, it was crammed with people. I managed to wiggle my body into the mass of elbows and backpacks, but then, just as the doors were closing, a foot stuck in from the platform and a tiny old man wedged his body next to mine. He looked like he’d been in the middle of a jog when the rainstorm arrived: he was wearing a flimsy pair of running shorts and a tank top and was drenched to the bone. He had no choice but to press the entirety of his wet body against mine. Something inside me broke—I began giggling uncontrollably. This was an untenable degree of intimacy to have with a stranger. Recalling this memory in the After, the unavoidable feeling of his dampness was like encountering something from a parallel universe. Was there really a time in which strangers and I were so casual, so unafraid in our togetherness?

Now we are figuring out how to feel togetherness while keeping apart. On an evening in August, in those final days of a strange summer, I walked through Prospect Park. It was full of people. As I walked, I heard two women describing someone they knew, heaping so much genuine praise on this person that I wanted to meet her, if only to tell her how much her friends loved her. “She is just glowing with love,” said one girl to the other. “I mean, she is just jolly as fuck.” I passed a man who had set up an amp and a microphone off the main path and was performing a shaky comedy bit about Amber Alerts—bold, I thought—for an audience of two. Later, on my way home, I passed a poodle and a terrier waiting stock-still outside a bodega, their cocked heads quivering in anticipation. A man came out with two pieces of crispy bacon in his hand. The look of ecstasy on the dogs’ faces when he fed it to them was enough to make three other people walking down the street laugh. It made me laugh too. It felt good to feel the presence of other people pressing down on me.

The first rule of open-water swimming is never to swim alone. That’s dangerous. We’re taught to sign to one another to check in. A fist to the top of the head means the swimmer is OK. Flailing arms mean they are not. We’re taught to use crocodile eyes between strokes to scan the horizon, stay the course, and make sure none of our fellow swimmers are left behind. We know to lead one another or switch off flanking the group so one person can look out for rocks protruding from the shore and another for Jet Skis. We know to call out to the swimmer who is unknowingly headed to New Jersey. In the water, we look out for one another as we do on land. We know our survival could be in the hands of the stranger beside us. When we surface for breath, we raise our heads to see where it is we have landed.

In the Atomic City

Things Left Unsaid: Figuring out What To Do With All The Kings Horses