Pervical Everett’s I Am Not Sidney Poitier 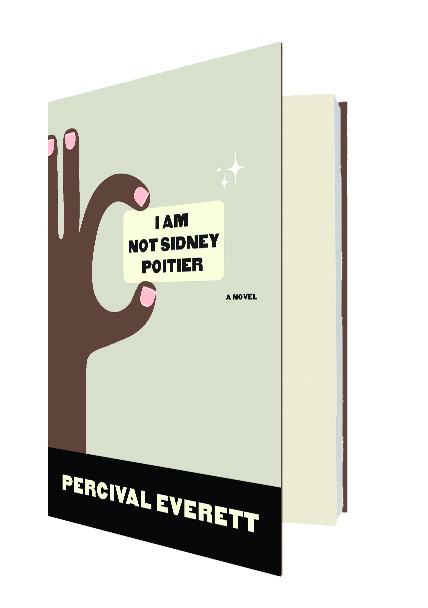 In his 2001 novel Erasure, Percival Everett conjured up the unforgettable Thelonius “Monk” Ellison, a middle-class writer of challenging fiction who enjoys a decidedly quiet (think polite applause) career until, fed up with a publishing industry and reading public interested only in “authentic” black voices and “authentic” black experience, he writes a pseudonymous send up of street fiction that he thinks is absurd and that the rest of the world thinks is genius.  In the wake of this gambit, he finds himself splitting time between dressing up as the supposed ex-con author of the street novel, Fuck, and dealing with his actual mother’s mental deterioration, his actual sister’s murder and his actual brother’s decision to come out of the closet.  In his latest marvel of a novel, I Am Not Sidney Poitier, Everett has again created a protagonist who lives a kind of double life: on the one hand he is “Not Sidney Poitier”, a kid with a weird name and buckets of money trying, with some measure of success, not to avoid taking the lead role in his own life; on the other hand, he is indeed Sidney Poitier, the glittering (if dated) embodiment of what, according to the invidious grotesqueries of cultural assumption and inertia, blackness can and should be.

Everett explores this premise through a picaresque series of comic situations.  Because Not Sidney’s late mother was a major early investor in CNN, he is brought up in the home of media mogul Ted Turner, where he studies the unreliable secrets of mind control and spends a fair amount of time ogling Jane Fonda.  Following his arrest in rural Georgia — just for being black — Not Sidney makes his way to college where he finds himself in a relationship with a young woman who brings him home to her snooty, conservative DC family, who get themselves into all varieties of tizzy because of how “dark-skinned” (compared to them) he is.   Anyone who has seen Guess Who’s Coming to Dinner will recognize the source of the hilarious Thanksgiving dinner scene that ensues, but will also see how ingeniously it has been transformed.

Not Sidney is aided and abetted in his journeys through the minefields of American expectation, ugliness and absurdity by a cadre of beautifully sketched characters, including Turner and a rotund professor of “Nonsense Philosophy” named Percival Everett (not quite to be confused with the author of I Am Not Sidney Poitier).  This latter, a charming trickster figure of the first order, provides both mortar and pestle to Not Sidney’s already softening belief in the world as a comprehensible entity:

“’What does this have to do with nonsense?’ I asked, grasping the levels of my question as I asked it.

“’Precisely,’ [Everett] said.  Then he looked at his watch. ‘It shouldn’t matter where you are, the cat’s in the kitchen, the dog’s in the car.  There’s an elephant singing plinkidee czar, and the old man is strumming the same old guitar.’” (page 101)

Although it is frequently, gut-grabbingly hilarious, I Am Not Sidney Poitier like Erasure, is more serious meditation on the exigencies of the self than comic send up an America gone wildly off the rails. And whether or not Not Sidney will ultimately embrace his inner (or perhaps outer) Sidney, it is clear by novel’s end that he is the one who must gaze up into the bright spotlight that has been tracking him, who must turn to his audience and decide whether or not to take a bow.