Surveillance Security for All Seasons 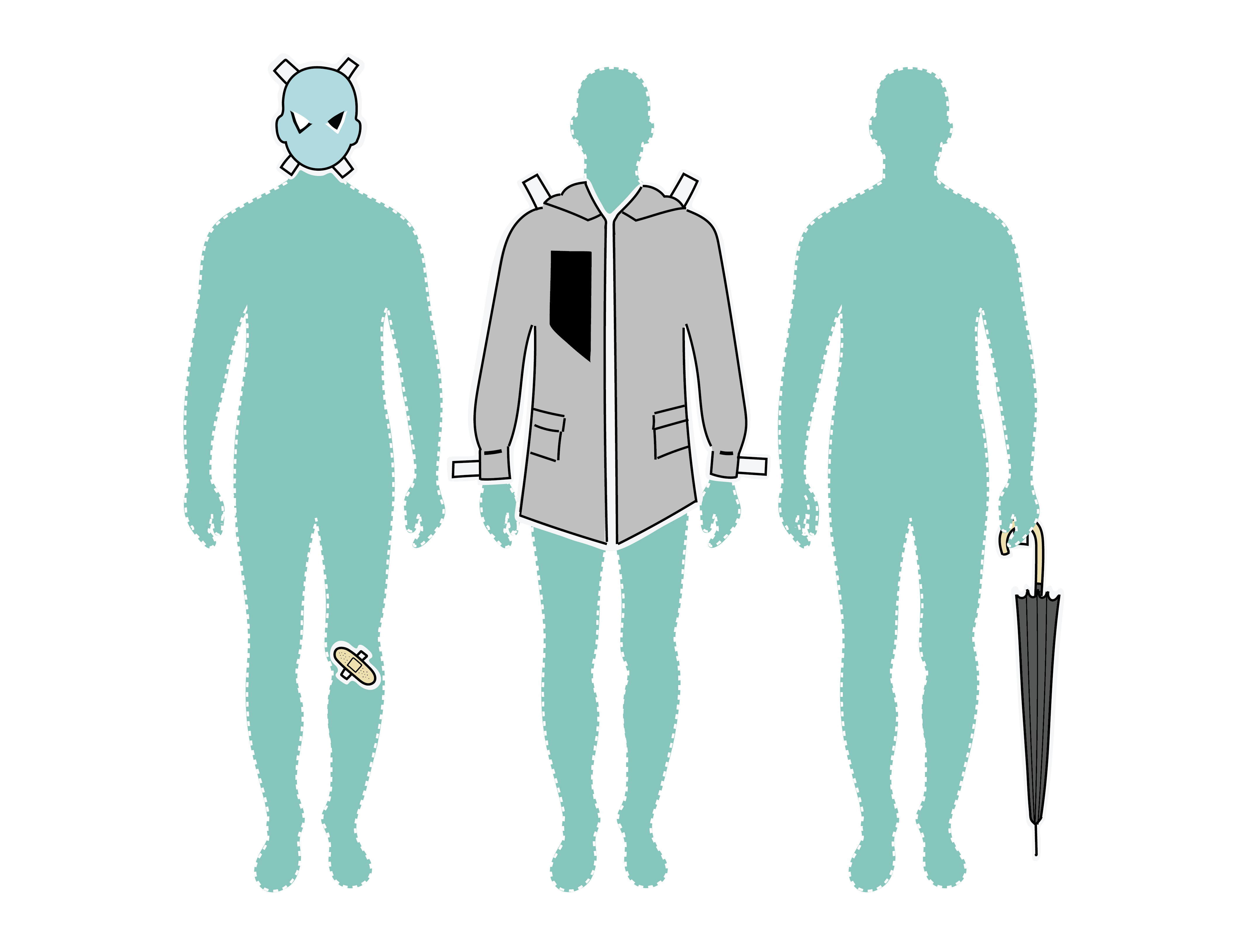 From my bedroom window, I see three security cameras affixed to the laundromat’s facade across the street, a large police camera parked at a busy intersection, two strapped to a traffic pole, and a sign that reads neighborhood watch: if i don’t call the police, my neighbors will. If it feels as though we’re being watched, it’s because we are.

Surveillance has existed as long as power has, and artists have always worked within the tension of seeing and being seen, but technological advancements have created an increasingly surveillant culture. It is no longer enough to draw attention to this pervasive monitoring; we must resist it. Many artists are now doing this, moving beyond conceptual commentary on our surveillance state to a more practical frontier: the production of countersurveillance wearables.

The projects featured here explore the potential for clothes and accessories to challenge an authoritarian surveillance state. They aim to block the ways our bodies are scanned, measured, and tracked on a daily basis by machines. Some are practical and utilitarian while others are avant-garde and stylish. All of them ask a fundamental question: How do we assert our humanity in an increasingly technologically determined world?

John James Audubon in Pursuit of the Golden Eagle

A Review of: Before Elvis There Was Nothing by Laurie Foos