An Interview with Sarah Schulman 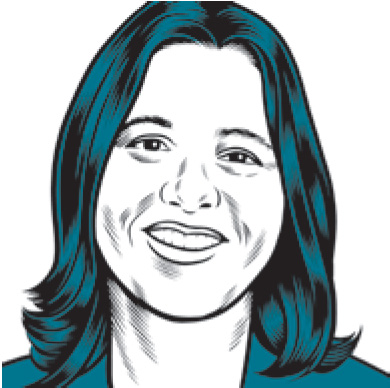 Sarah Schulman is an award-winning author, activist, and historian. A celebrated writer of lesbian and LGBTQ fiction, she has written over twenty books, including the novels People in Trouble, Rat Bohemia, and The Cosmopolitans.

Her writing has been widely praised for its authentic voices, vivid characters, and unflinching social critique. In this exclusive interview, Schulman speaks candidly about her life, her writing, and her commitment to social justice.

From her early days of producing plays in New York City to her recent efforts to document the AIDS crisis, Schulman shares her passion for storytelling and her commitment to creating a more equitable world.

With an infectious energy and infectious enthusiasm, Schulman’s unique insights offer an inspiring look at how she approaches her work and her life.

You were born in New York City in 1954. What were your early years like? What was your family like growing up, and what were your early experiences with New York? I was born in the Bronx, and I spent most of my childhood in the East Village.

My parents arrived in the US in the late 1940s, just after the war. They were both survivors of the Holocaust. My mother was born in a displaced persons camp in Germany, and my father was born in a Jewish hospital in Paris.

They met in New York, where they both ended up after the war. They had a very difficult time making a life in New York and eventually moved to California, where they raised my sister and me.

I was very young when I first came here, and I loved New York right away. It felt like a completely different world than what I had known back in California. I was especially enchanted by the East Village.

All I knew was that it was magical. I loved the fact that there were so many different kinds of people living in the neighborhood. I loved the bars and cafés.

I loved the bookstores. I loved seeing people in all kinds of clothing and hair styles. I loved that there were galleries and stores open late at night. I loved that I could walk everywhere in the neighborhood.

You began writing in your early twenties. What brought you to the decision to become a writer? I had always written. I was a writer long before I was a lesbian.

In fact, I was a closeted lesbian for most of my twenties. I was in the Lesbian Writers Collective in New York City in the late 1970s and early 1980s.

I just loved writing. I loved the feeling of being in a flow. I loved that writing was something that I could do on my own. I didn’t have to rely on anyone else.

Writing was one of the only things that I was confident I could do. I was an extremely shy and anxious person. I didn’t trust my own judgment. I didn’t think I had any real talents. I didn’t like my own voice.

You’ve been an activist your entire life. When did you become an activist — and why? I became a feminist as soon as I heard the word “feminism.”

When I was in high school, I read a book by Betty Friedan, the founder of the second wave of feminism. It was an amazing moment in my life.

I was very lucky to have a teacher who told us about the Equal Rights Amendment. I had no idea what feminism was, but something about it really spoke to me. I had no idea that it was even a political thing.

This has been challenging work. It’s very different from writing fiction, although there are similarities. I think that what I find in both nonfiction and fiction is a place of silence, a place where the language is like a prayer. It’s not just the story that matters, but how the story is told.

Your writing has often explored the complexities of marginalized identities and communities, particularly LGBTQ people and people with HIV/AIDS.

How would you describe your approach to these issues? The AIDS crisis was one of the defining moments of my generation. It really changed the world. It changed not just gay men, but everyone.

I had friends who were in the hospital and didn’t have anyone to help them. I just felt so much pain and rage and confusion. I felt like the world wasn’t telling the real story of AIDS. So many people were being left out of the story.

I thought it was important to make sure the next generation understands what happened so that we don’t repeat the same mistakes. I felt like I needed to do what I could to make sure that people weren’t forgotten.

What does the future hold for you? What are you most excited about in terms of your writing? What do you think your legacy will be? I’m working on a new book about the AIDS crisis, where I’m trying to weave together the personal stories of people with the larger political narrative.

I hope this book will be in people’s hands before the end of the year. I just feel very lucky to be able to do the work that I do. I love being a writer.

An Interview with Mike Scott

The Rest Was Just Imagination: An Interview with Lydia Millet