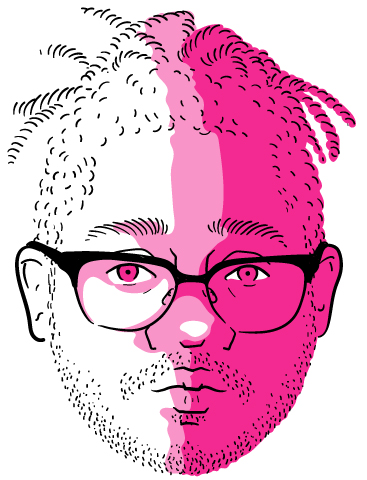 Amid the listlessness and trauma of summer 2020, I became a monster hunter. I’ve now spent a lot of time as Geralt in The Witcher 3: Wild Hunt, a game that came out six long years ago—before the Trump administration, and before the unique misery of our pandemic year. It’s been an escape, even though a lot of the gameplay is completing rote fetch quests, which are so named because you have to fetch things to advance the narrative. After my day job’s done, I log on and do what sometimes feels like more work. Lately, I’ve been trying to figure out why.

As it was changing the rest of our lives, the pandemic upended work. Millions across the country were laid off. Small businesses began closing en masse; everyone left was quickly classified as either nonessential or essential, and on that basis made to work either at home or at one of the few businesses still open. I’ve been fortunate enough to be part of the former group, and in the beginning I was confident not too much would change. I’m a writer, after all.

I was wrong. Work had become virtual, but I’d failed to account for the fact that everything else had been put online as well—suddenly, there was no offline. After a couple of months of distancing and isolation, I lost the ability to prioritize, and everything attained the same importance. I began to do things from my desk that I would otherwise have done outside my house—from drinks with friends to television appearances—and my life started to feel more like a video game. Suddenly, I wasn’t sure if I was its protagonist.

Life now feels like it’s been divided into two periods: work and not work. Gaming has helped me pass the otherwise undifferentiated time, and it’s also made me realize just how much work you can do while you’re presumably setting out to have fun. I don’t mean fictional professions, though I’ve been chasing bounties in The Witcher 3: Wild Hunt, driving passengers around the strange city of Los Ojos in Neo Cab, and performing bad surgeries in Surgeon Simulator 2. What I mean is that I choose to spend a lot of my limited time on this planet playing games, many of which involve nothing more than completing fictional tasks for fictional people.

For some reason, these tasks feel like they matter. I think it’s partially because games are designed to be fun. The more I think about it, though, the more I think it’s because it feels like there’s a direct relationship between the things I have to do and the rewards I accrue for doing them. Real life isn’t fully gamified yet, which is to say that if I have to go to the post office to pick up some stamps, it still feels like an imposition.

The complaint is small but points to something larger. In games you get to be the protagonist; nothing happens without your involvement, which means your labor is inherently valuable. There’s also generally a direct relationship between task and reward. Real life isn’t like that. But the stakes are lower in video games—you’re not going to starve in real life if you don’t collect a power moon in Super Mario Odyssey. Games are closed systems, which means nobody is turning your labor inside them into their profit. There is a direct relationship between your work, your pay, and your value, something that’s become increasingly elusive as the gig-ification of real life continues.

Outside the virtual world, labor feels like it’s been stripped of its value. Employment is increasingly governed by mysterious processes and executives who generally do not share the concerns of their employees. And the pandemic has changed what a job means. It’s a lifeline, obviously, but if you’re nonessential, it’s harder to justify doing work at all; it’s hard to care about making widgets while thousands of people are dying every day. And yet the stock market continues to rise.

“Huge swathes of people, in Europe and North America in particular, spend their entire working lives performing tasks they secretly believe do not really need to be performed,” writes the late, brilliant David Graeber, summarizing the situation in his seminal essay “On the Phenomenon of Bullshit Jobs: A Work Rant.” “The moral and spiritual damage that comes from this situation is profound,” he continues. “It is a scar across our collective soul.”

The genius of his essay is in pointing out what should be obvious, and what feels even more obvious when you read it. “How can one even begin to speak of dignity in labour when one secretly feels one’s job should not exist? How can it not create a sense of deep rage and resentment,” he writes.

And this, I think, is the key. Games give players the feeling that their labor is valuable, that their contributions to the world are important and meaningful. This feeling doesn’t happen very often in real-life work, where most of the time you’re more of a non-playable character than a protagonist.

A protagonist has agency in their own life. Employment, at least in America, is designed to take away agency; the lack of a social safety net and a robust welfare state mean you are always one catastrophe away from losing whatever you’ve worked to build, which makes work far more important than it should be. In America, your job is your identity, your lifeline, and your purpose—unless you’re part of this country’s ruling class, in which case your work is immaterial. If labor were valued more highly, life might look a little more like a game. One that any player might win.

An Interview with David Foster Wallace