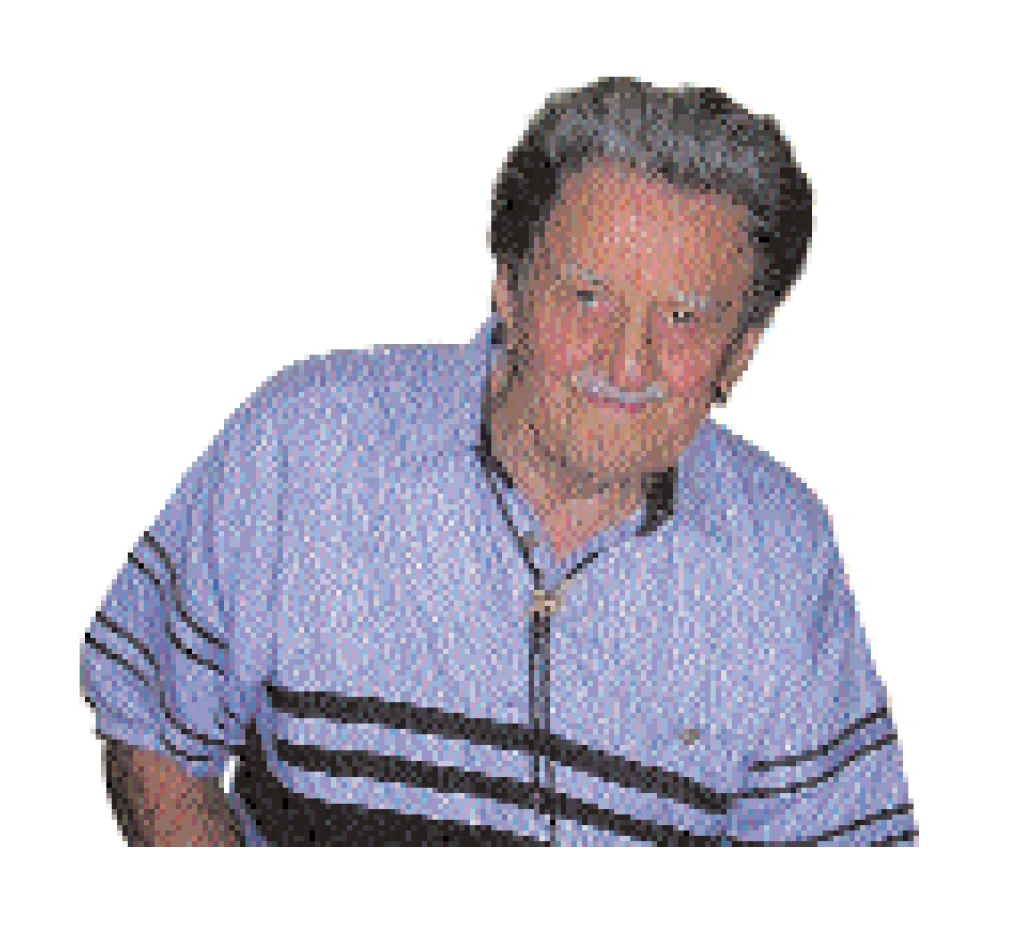 Joe Collins doesn’t buy books. Nor does he have time to read them. But he goes to more author readings in a year—usually at Auntie’s Bookstore in his hometown of Spokane,Washington—than many people do in a lifetime. The famous and the neverheard-ofs—his is a non-discrimination policy.

“I’ve been there when there’s only me,” he says. “I show up. I’d feel terrible if nobody came.”

In fact, he does more than show up. At the end of a reading, Joe politely asks permission to snap a photo of the author. Maybe it’s his demeanor—he’s a stocky eighty-year-old with graying hair and an oversize parka, the type of guy you might see riding a city bus or eating a plate of eggs in a diner—but in ten years, no one has turned him down. He poses his subjects with care, tilting the author’s chin just so, making certain that a thumb isn’t covering the book’s title, that the entire cover is visible through his camera lens, that the lighting is sufficient. Then he takes two or three quick snaps of the author, using his trusty, slightly dinged-up Instamatic.

Joe asks his subjects to sign his autograph book and to give him a mailing address. Somewhat miraculously, these requests have also met with success. A few weeks later, he sends a couple of 8-by-10s developed at Costco and reprinted at his local grocery store, along with a handwritten letter asking for return of one of the photos with an autograph (the other, along with several wallet-sized prints, is a gift from Joe). Joe tries to make the entire process “as easy and painless as possible.” He writes detailed instructions on how to wrap the signed 8-by-10 in protective plastic, set it between two pieces of cardboard, and return it in the enclosed self-addressed stamped manila envelope. And just in case his instructions aren’t sufficient, Joe includes reminders in bright pen colors across the envelope, the plastic, and the cardboard. Several layers of scotch tape shield his return address to ensure safe passage back home.

So far, nearly 600 authors have responded. (Only two have not; Joe maintains hope they’ll get back to him.) Many take the time to enclose a personal note of thanks when sending their autographed photo, which Joe saves as well. Among the authors who have returned the photos are David McCullough (“He sent me back a Hallmark Card”), Ursula K. Le Guin (“She wrote me a wonderful letter”), James Lee Burke, and Barry Lopez. His plan is for the entire collection—he’s placed all the photos in albums and has filled six autograph books so far—to reside at either the Spokane Historical Society or the Spokane Public Library, whichever asks. Of course, he’ll have to tell them about it first.

Building your own historical exhibit is an expensive undertaking—up to $18 to $20 per author, in Joe’s estimation. And then there’s the added cost of taking special trips to various book festivals in the Northwest to connect with authors he admires but who aren’t scheduled to give a reading in Spokane. A former jeweler and engraver who says he can copy anything but can’t create something new, Joe has “great admiration for the people in art, music, and literature in this society today.” In fact, he keeps books of one-page drawings and autographs he’s garnered from visiting artists, too. And it’s worth every penny, he says. “As long as it’s keeping me going, it’s a small price to pay. It’s cheaper than going to a shrink.”

It’s a full plate for a man who also travels, hikes, has kept a daily journal since 1939, and who recently put off a magazine interview in order to have time to pet his wife’s cat. Joe, who sleeps five hours a night, never missed a day’s work before retirement twelve years ago, and who’s been married—to the same woman—for fifty-five years, is also a bit of a kitchen table philosopher.“ I keep busy because it makes it harder for the Lord to hit a moving target,” he says. “So far, it’s been very successful.”

I Guess There’s Nothing I Can Do