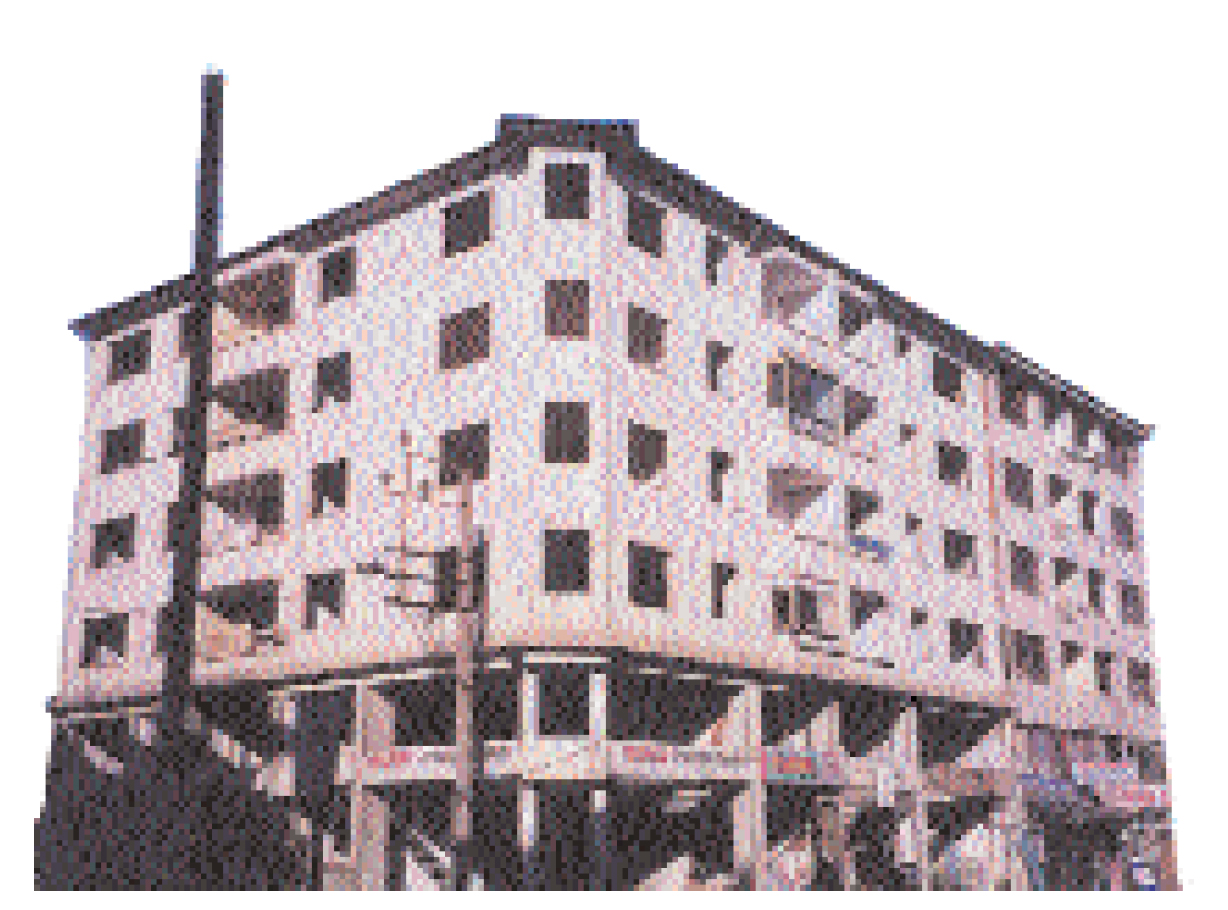 My father appreciates his own naked body, and whenever we share a hotel room, I know he’ll be spending most of his time indoors swanking around in the nude. He’s unhappy otherwise. When we travel together, my father’s nakedness is the last thing I see before the light goes out, and when the sun rises, there he is, just out of the shower, explaining something about a sightseeing opportunity we will be enjoying later—only I can’t make out what he’s saying, because again, here is the nakedness, freshly laundered, ruddy from recent towel work, right at eye level, sucking the sound out of my ears. It is an exotic sort of communion. It is like gazing into the face of an elephant seal.

Tonight we are in Istanbul, and my father has booked us a room at the Adonis Palace Hotel. I wonder what kind of hotel this is, and how it will be for us there. In fact, it’s very good, a restored Ottoman-era townhouse within earshot of the merry racket of the Kumkapi fish market. Just beyond the check-in desk is a shady rear patio, where you can have an inexpensive drink and listen to songs by American rappers. The interior hallways are dark and narrow, and they lead to twenty-four guest rooms. Ours is nice, a two-story suite with ample windows and a glossy parquet floor. The first floor has a minibar and a foldout sofa, and down a spiral staircase is an honest little chamber that holds a toilet and two twin beds. “Not bad for fifty bucks,” my father says.

I agree. Then I strip the sheets from one of the beds—the sheets creak richly with starch—and put them on the foldout couch upstairs. My father is not offended. He is glad to have the downstairs to himself, and he understands that sometimes I need a vacation from the swanking. They have a restaurant in the basement of the Adonis Palace, but we step out for a meal instead. On the street we see men in spruce Turkish outfits, Germans, disheveled vagrant cats, and piles of old televisions that have been watched to pieces. Restauranteurs are fierce in Istanbul, and soon someone makes us sit at his patio set. Another man comes along, trying angrily to sell us a carpet. My father does not like to barter. “What they need here,” he says, “is a Wal-Mart to sell the carpets at a fixed price with postal service back home, so that they can rebate the value-added tax.”

We have some moussaka, which is served on a pumpkin-colored slick of tallow. My father, a member of a radical, jihadist faction of the Clean Plate Club, eats all the tallow, and when he wakes up the next morning at the Adonis Palace, he is blind in one eye. “I really can’t afford to have another system compromised,” he says. But soon it registers that not one but two systems have been compromised. His stomach is also cramping wildly, and now we will have to wait until later to see the Topkapi jewels.

I don’t mind. I like it here at the Adonis Palace. I take a seat on the patio, which the afternoon sun has warmed to room temperature. Blue engine-fog from the street drifts overhead but does not settle on the patio. A walnut tree is growing through a void in the tiles. A man comes over with a monkey dish heaped with glistening black egg-shapes. They look as though something is pupating inside. The man calls them by a name that translates approximately to “walnut food. ”He explains that they’re adolescent walnuts steeped for three days—shell and all—in limewater. Then an incision is made in the walnut’s abdomen, and a second nut, an almond, is stuffed into the slit. Then they are preserved together in clove syrup. I cannot remember having eaten anything more remarkable, and I am grateful to the Adonis Palace for sharing it with me. I resolve to save one piece for my father, so that when his illness passes he can try this wonderful snack, but in the end, the flavor is so rare and piquant that I have to eat all the walnut food myself.

Three Songs from the End of History