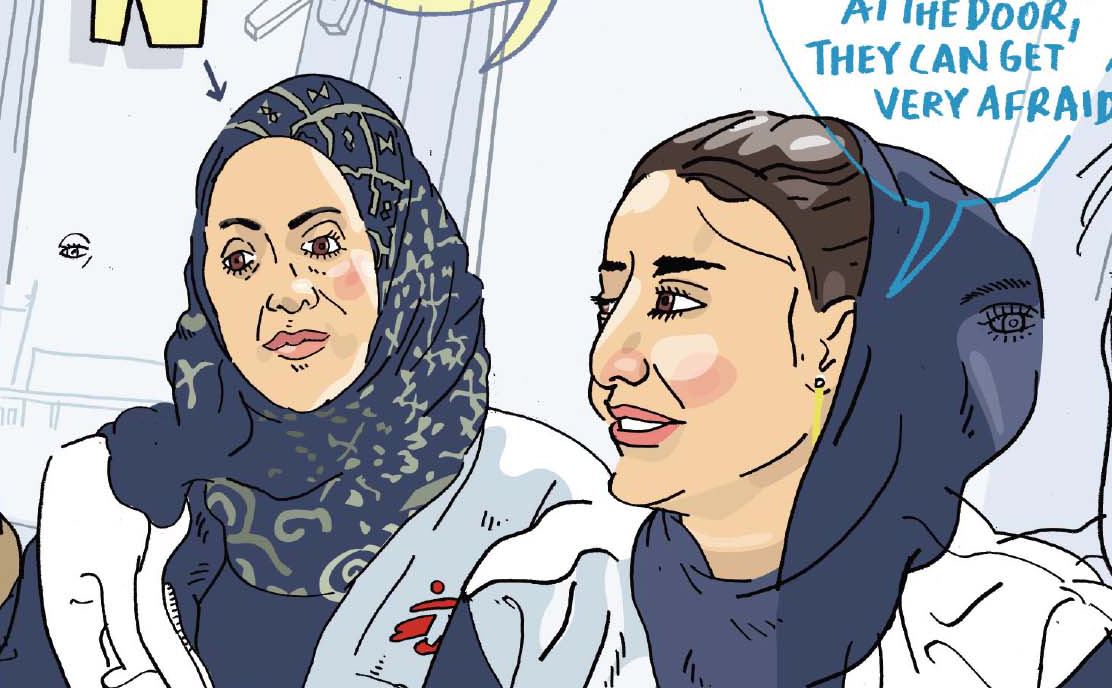 While on assignment between 2013 and 2017, often for Médecins Sans Frontières (Doctors Without Borders), Olivier Kugler interviewed and photographed Syrian refugees and their caregivers in camps, on the road, and in provisional housing. His new book Escaping Wars and Waves, co-published by Penn State University Press and Myriad Editions, is the astonishing result of that record-keeping—a graphic novel that brings to life the improvised living conditions of the refugees, along with the stories of how they survived. Olivier’s work has won many awards, including a Victoria & Albert Museum Illustration Award in 2011 and a World Illustration Award in 2015. His reportage drawings have appeared inThe Guardian, Harper’s, Le Monde diplomatique, Port, XXI, and other publications. Escaping Wars and Waves is now available here.

An Interview with Killer Mike