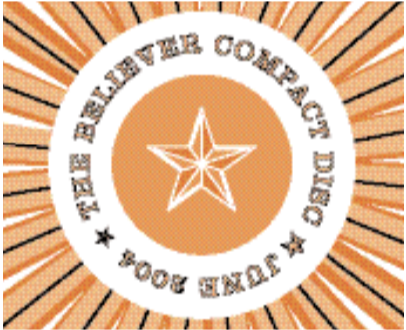 In February I went to see the Gossip and Young People with a friend of mine named Steve, who had just gotten out of rehab, and who was wrestling with the soft, quasi-religious rhetoric of AA in order to control a very real and threatening addiction to alcohol that had made a hard friend of him in the past. He was nervous and reserved on the ride out to the club, wholly unlike the person I knew before, who spent his nights at rock shows, perpetually wasted, hooting and heckling between every song, making out with random people, breakdancing. I was relieved, at first, by his change in demeanor; I prefer to enjoy my rock with as little peripheral, unpredictable activity as possible, and Old Steve made this impossible.

We got to the show just as Young People were starting up, playing to a nearly empty club. Their latest record, War Prayers, is a collection of tense, semi-spastic hymns, as if performed by Patsy Cline, Thurston Moore, and the ghost of a Baptist preacher. Live, the songs took on a new urgency. Steve was impressed. When the first song ended, he shouted, “I like Young People! Bring the Rock!” again and again, pumping his fist like a trucker. The words sailed haltingly and erratically from his mouth—there was something forced in his delivery, like something synthetic and angular was lodged deep in his throat. He seemed interested in discovering whether he could still act up without being wasted, and, finding that he couldn’t, at least not with the same offhanded fluidity, he became frustrated and sad. He looked like he’d lost his arms, or the ability to smell. A couple people turned around, giving him a look. I felt the old conflict rising up in me. I wanted to defend his enthusiasm, the tireless work he did for rock, but I also wanted to hide behind the soundboard until the end of the show, or maybe the end of the decade. I mean, the rest of us had come to dutifully endure the show in respectful silence, arms crossed over our chests or thrust into the pockets of our thrifted coats. Even in the darkness of the club, there were limits.

At the end of their set, Young People vocalist Katie Eastburn announced that it was Gossip singer Beth Ditto’s birthday, and that we should all wish her well when they took the stage. Steve and I went down the street to a Dunkin’ Donuts to wait for the Gossip.

We sat for a long time. Steve seemed distracted and fidgety. He kept staring at the brightly lit menu panel that hung behind the registers, working something out inside his head.

“We have to get Beth something for her birthday,” he said, finally. “We need to get her a muffin.”

“Yes,” he said. “We are going to get her a muffin. We’re going to find a candle and stick it in the muffin, and we’re going to give it to her for her birthday.”

I didn’t think it was a good idea. This was someone we didn’t know, and what kind of gift is a muffin, anyway? I talked him down, but he was determined. He started fishing through his pockets for a makeshift present, but all he had was a Connecticut quarter and his AA meeting schedule. Again, I was relieved. I get anxious during ATM transactions, so the thought of having to confront the singer of an amazing band with a pocket-warmed cigarette lighter or a pack of gum or a sobriety token was pretty crippling. Then Steve saw the 7-11 across the street. “Can I borrow five dollars?” he asked.

“Just give me the money,” he said. “You owe me anyway for that mix CD I haven’t made for you yet.”

I gave him the money and he went across the street, returning five minutes later with a birthday card and a four-color click pen. “Check it out, I already got the cashier to sign it,” he said, sliding the card across the table. The front had a picture of a startled twelve-point buck emerging from a stand of trees, and across the top it said “Birthday Wishes for Father,” but Steve had crossed out “Father” and written “Beth” in the margin. Inside was an inspirational poem for “Father Beth.” And, sure enough, in wild, green letters, Vikesh, the 7-11 clerk, had written, “To Beth—Many happy returns to you on this special day.”

“We’re going to take this into the club and get everyone to sign the card, and then we’re going to give it to Beth.”

“No, you are going to go into the club and get everyone to sign it.”

When we got back to the club it was packed. Before I had a chance to convince him that it was a bad, bad idea, Steve was already petitioning a group of lesbians. “Hey, it’s Beth’s birthday,” he said, suggesting a casual familiarity with the band. One of them asked who Beth was. He issued a brief sigh and explained that she was, like, the singer for the Gossip? As if, how could this person not even know that?

I shadowed him for a while like a waiter in training at Applebee’s, but I eventually backed off. I wasn’t really adding any value, after all, and there was an open space behind a heavy column next to the bar, where I could lean safely and inconspicuously.

Steve disappeared into the crowd, and I didn’t see him again until the Gossip came on stage. From across the club, I could hear him start to holler like a backwoods moonshine peddler chasing off trespassers. I stood on tip-toes and saw his hand, like a shark’s fin slicing through the water’s surface, gripping the card above everybody’s heads as he struggled toward the stage. He surged to the front and handed the card to Beth, who became, in turn, confused, surprised, and speechless with appreciation. The crowd, a good deal of whom had signed the card, was shouting and caterwauling like the apes from 2001. Beth stammered a thank-you (what do you say to a roomful of strangers who have just handed you a demented birthday card?), and the band started in with “Fire/Sign” off their Movement LP, a thimble-sized masterpiece of gritty white soul with a title that, as far as I can tell, is meant to describe what happens to the hairs on the back of your neck when you hear Ditto’s searing, boundlessly emotive voice for the first time. Everything that followed was a furious, sweaty blur. I’m sure the show would have been great even without the birthday card—the Gossip doesn’t need any help stirring up a room—but Steve’s impulsive, fledgling concept, his attempt to prove to himself that he hadn’t, in recovery, destroyed the very faculty that had made life worth it before, made us all feel like we’d done something important and pure, even if all we did was stand by and watch. We felt like we’d knowingly come to the show to celebrate Beth’s birthday, like we’d carefully orchestrated the whole night, calling each other weeks in advance to make sure everything would work out the way we’d planned. But it wasn’t planned—it was just a pattern that formed in Steve’s head, a fleeting opportunity he seized before it disappeared down the hole where we dump our squandered ideas. And its execution provoked, in real time, that sweet, triumphant, chest-bursting joy that any great song generates inside us.

The CD accompanying this issue of the Believer is composed of performances issued in the last year that echo, in some way, the fitful buoyancy I felt that night, which makes this different from a “best of” compilation. There has been, in the past year, a great deal of incredible music, but these songs, and the albums from which they’ve been culled, stand out because they can, each in its own way, assist in a process of bodily levitation. Buoyancy, after all, has not been so difficult to detect—2003 was such an incredibly dense, painful year, crackling with grief, that any rare moment of lightness felt like a Six Flags amusement ride. As if the war in Iraq wasn’t enough to take us down, emotionally, we lost both Johnny and June Carter Cash, and, before we’d even had a chance to move on, Elliott Smith left us as well. I don’t necessarily agree with the sentiment that the best art emerges during dark times, but I do think that we learn to listen more closely when we taste loss—we realize, suddenly, how urgently our bodies require a solid, well-made tune, a synchronized cluster of finely wrought frequencies that breaks momentarily through the sour mess of our lives, carrying us high, for two or three minutes, over an expectant, whooping crowd. ✯

Have You Seen Ayla Reynolds?