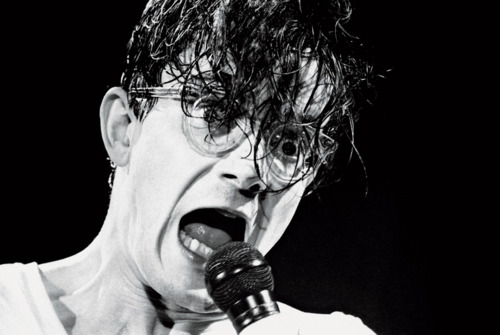 THE BELIEVER: OK. Speaking of the entire audience leaving a show, can you tell me a little about one of Devo’s performances—didn’t you open for Sun Ra at a Halloween party, and clear the house?

MARK MOTHERSBAUGH: Those were the early days. I think that was 1975. Nobody knew who Devo was except for maybe thirty people in Akron. But we had already come to the realization that we were an excellent lightning rod for hostility. We had a different take on things than people into music at the time. And the first people who we unleashed our wonderful talents on were either confused by what we were doing—because it was so different from what was happening in the mainstream music scene at the time—or actually scared, because they didn’t understand us.

And the Sun Ra party—it was one of those nights that got a little creepy. Everyone at that party had long hippy hair, and liked bands like Joe Walsh, Michael Stanley, the Raspberries. I don’t know why they even hired Sun Ra, but I guess he seemed like a hoot—weird, but in a safe way. They were all in the kind of outfits you might expect: people dressed as pirates, mummies, Frankensteins. And in Ohio fashion, they filled a garbage can up with Tequila Sunrise, which is fruit juice and Tequila, right?

MM: And someone brought along a tank of nitrous oxide. Devo came out, wearing janitor outfits. And they just didn’t think we were funny. [Laughing] We looked like a clean-up crew. And then we had songs like “Jocko Homo.” [Example lyrics: “God made man / But he used the monkey to do it / Apes in the plan—we’re all here to prove it / I can walk like an ape, talk like an ape / I can do what a monkey can do!”] It was in 7-4 time, and those people just didn’t go for it, because it wasn’t the kind of song that went along with the natural flow of your body. When we got to the end of it, when it gets into 4-4 time, they thought we were going to let them off the hook—until they realized we were going to chant, “Are we not men? We are Devo!” for about twenty minutes. Or however long it took for them to get really angry. We went at it for a really long time until one of the DJ’s—the local radio station was hosting the party, which was in an empty auditorium—grabbed the mic and made an impassioned plea. “These guys should be stopped!” he said. “This isn’t music! These guys are making fun of music.” And there were a lot of people in the audience who agreed with him. They felt what we were doing was dangerous. So all of a sudden, drunk mummies were shaking their fists at us. Draculas were shouting obscenities at us. That made us even happier, and pissed them off even more. It turned into a bit of fisticuffs. It was a mess. But it made us feel we had to be doing something right to get so many people pissed off.

An interview with Mark Mothersbaugh (September 2005).

An Interview with Patrice Wilson