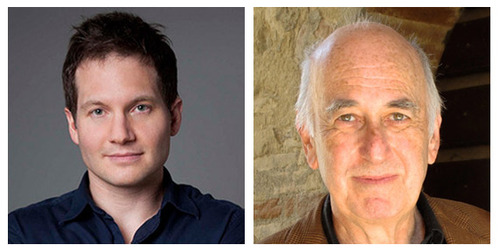 During 2014, Essay Press will release a series of chapbooks investigating what creative nonfiction can learn from small-press publishing communities in poetry. One of these chapbooks, curated by David Lazar, will consist of three dialogues by editors of prominent nonfiction anthologies. Each dialogue will examine the potential to reshape a literary field through an experimental form of anthologizing. The Conversant has published an audio preview of one of these dialogues, conducted by John D’Agata and Phillip Lopate, the directors of the nonfiction programs at the University of Iowa and University of Columbia, respectively. We’ve transcribed a segment of the conversation below.

JOHN D’AGATA: There’s an interesting question you have to ask yourself when you’re doing an anthology, and that is how important it is to present new work from well-known writers rather than those old chestnuts that had originally made them famous. When I was doing my second anthology, The Lost Origins of the Essay, I found myself treading ground that you [Phillip Lopate] had already well-traveled.  For example, I knew that I wanted to include Sei Shonagon, because she speaks so wonderfully to the argument that that book is trying to make. And the same thing with [Yoshida] Kenko, Natlia Ginzburg.

JD: And Montaigne, from whom I selected the same essay as you had—and even same translation. For some I was able to find different translations, as with Sei Shonagon, or commission new translations, which I did for a few of the selections I included. But in other instances you face a dilemma: those old chestnuts might be speaking directly to the argument you want to make, and yet because they’ve been so frequently anthologized you could end up looking like you aren’t imaginative or well-read enough to find alternatives.

PL: I really feel you have to put the chestnuts in even if they’re obvious, though. For instance, in Writing New York, we [had the same issue with] Melville’s story “Bartleby the Scrivener.” I thought it was one of the five greatest stories written about New York City. And I said, “It’s gotta go in.” But they [the editors] said, “It’s in every anthology in the world.” And in the end, it went in. I just thought, you know, come on. It’s obvious, but sometimes things are obvious for a reason, because they really are… they’re peaks, they’re mountains. So, we put that in and we put in “Crossing the Brooklyn Ferry” by Whitman because, you know, it’s too great. We put some of Whitman’s journalism in, but you can’t always buck the obvious. And one of the things that interested me was to assert a cannon, and this was at a moment already when there was a lot of antipathy in the academia towards the very notion of a cannon. I thought maybe this antipathy to the cannon was in fiction and poetry, but there hasn’t been a cannon in the personal essay yet. So I put in “Notes of a Native Son” by Baldwin, which is so important, and now it’s in every anthology. But it needed to be in my anthology.

JD: I’m working on a third anthology now that is covering American essays from the mid-seventeenth century up to the mid-twentieth century, and I’ve sent a number of preliminary tables of contents to my editor, who is awesome, and has called me out on a few decisions I’ve made to not include certain writers, like Baldwin. It’s a no-brainer that Baldwin belongs in an anthology of American essays, but for me the problem has been trying to find an alternative to the “Notes of a Native Son” chestnut. I think my thinking was that it’s one thing for us both to include Sei Shonagon in an essay, because even today she’s still not that widely known among essay readers.  Baldwin’s a different story.  He is, as you put it, everywhere.

PL: There are at least a dozen Baldwin essays – “Stranger in the Village,” “Equal in Paris”, and as well as “Fire Next Time” – that are amazing. What did you finally put in?

JD: Well now I don’t want to say. Because it’s none of those, so what if I made a horrible mistake! I put in something about a boxing match that he and Mailer both attended as “journalists,” which felt too rich to pass up. So I’ve got Baldwin’s version of the fight and then Mailer’s right beside it…. Anyway, Phillip, will you ever do another anthology?

PL: I won’t say never, but from time to time people have asked me if I wanted to update Art of the Personal Essay. It feels like a little like wanting to re-write one of my older books. I don’t want to rewrite one of my books. Let them stand with all their flaws. I don’t really want to do an Art of the Contemporary Personal Essay. If I do another anthology, it’ll probably be something specific like… I’m very interested in the urban sketch, and that could be something that includes Germany, France, the U.S., and so on. The city sketch. But I don’t think I am going to change Art of the Personal Essay. I’m not going to second guess myself.

PL: They’re books, and they tell a story. Something you said that I agree with so much is that one of the reasons you do these anthologies is because you want to find a community, and it may sound very self-serving to put it this way, but you want to find a lineage that ends with you. But you know what, every writer does this. They don’t always end up editing an anthology, but every writer is looking for that trail of ancestors that will end in them. People say how do you find a voice, how do you find a style, and in a sense what you’re finding when you edit an anthology are your ancestors, and for me it was also hoping to please them. When people say who do you write for? I say I write for a lot of dead writers. And they’re looking down at me. [William] Hazlit is saying, “Well, it was a good try, Phillip. I knew what you were trying to do.” At least in their turning away in revulsion they have a sense I am trying to do something of the same order that they were trying to do.

JD: My goal in life will only be fulfilled, if it ever is, after I die, if Plutarch pats me on the back in heaven and says, “Okay, not great. But okay.  You can come to the poker game.” If there is poker in heaven.

PL: He’s in limbo you know, because he wasn’t Christian.

PL: That’s where I am going to be, too, because I’m not Christian, either. So I have a better chance of playing poker with Plutarch.

“Despair strikes me as eminently reasonable and boring.”