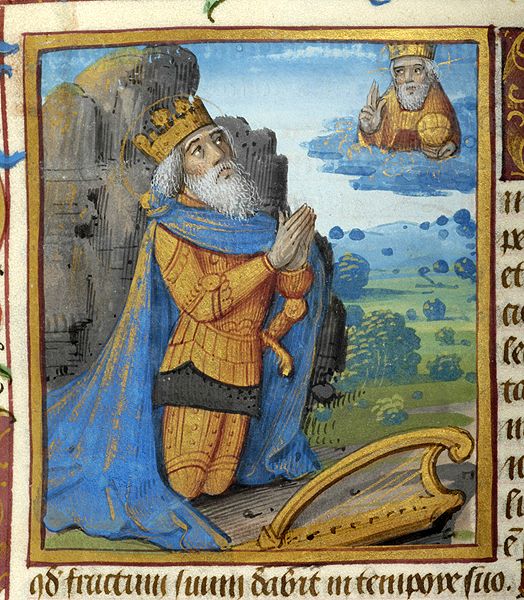 Watching Roy Moore refuse to concede, I felt sympathy for him. He was stunned and inarticulate, and sounded confused while quoting the Bible in an effort to justify himself. The passage he spoke from memory—haltingly, yes, but better than I could do—was the beginning of Psalm 40, which reads, “I waited patiently for the Lord; he turned to me and heard my cry. He lifted me out of the slimy pit, out of the mud and the mire: he set my feet on a rock and gave me a firm place to stand. He put a new song in my mouth, a hymn of praise to our God.” This invocation of shame—“the slimy pit,”—at least shows Moore knew what we had said about him. When Moore introduced this passage, he reminded us, “We also know that God is in control.” To which I say, yes, we do know, but what does it mean to know? The next part of Psalm 40 says, “Blessed is the man who makes the Lord his trust, who does not look to the proud, to those who turn aside to false gods.” In other words, any truth you think you know, any fact your heart is certain of, may be a false god. And these false gods are linked explicitly to pride. When you are proud, implies the text, that’s when you know you’re aiming prayer in the wrong direction. In his certainty, Roy Moore did not mention that part. But as I heard him wielding scripture this way, I realized he was making a mistake that is common among those of faith: he figured that, because he is a man of God—at least in his own mind—God would let him triumph.

That is the opposite of how God behaves. Humans rarely experience victory in scripture. Moses does not enter the Promised Land, for example; God prevents him from doing so over an almost comically meaningless dispute. “This is because… you broke faith with me in the presence of the Israelites at the waters of Meribah Kadesh in the desert of Zin,” (Deuteronomy 32:51) says God, describing an incident in which Moses struck a rock with his staff instead of speaking to the rock. In other words, God prevents his favorite mortal from achieving his lifelong goal, a quest that consumes a significant part of The Old Testament, because of how he followed instructions while doing a magic trick. To paraphrase William Faulkner, no one even remembers what that quibble was about. “There is no remembrance of men of old, and even those who are yet to come will not be remembered by those who follow” (Ecclesiates 1:11).

The God of the Bible allows us to lose because he wants us to focus, not on what we think the present action is, but on our allegiance to Him. He wants us to put our devotion to Him before the desires of the self. The self craves worldly objects: pleasure, victory, good food, selfish things, even validation. Victory might have functioned as a kind of validation for Roy Moore, especially when we think of all the accusations made against him.

Being validated does not teach devotion. True devotion cannot exist unless some fundamental part of the devoted person is sacrificed entirely. “When you and your children return to the Lord your God with all your heart and all your soul according to everything I command you today, then the Lord your God will restore your fortunes and have compassion on you,” (Deuteronomy 30:2-3). That is why a massive public failure of the kind Roy Moore is suffering can be seen as a forge for piety. Roy Moore clearly really wants to be a senator, and kept invoking God while refusing to concede, by saying, in effect, that this was not the plan God had made for him, not the story God was telling. But of course, the first and maybe the only thing we can truly say about God is that we cannot know His plan. The point of having faith is that you have it in spite of that not-knowing. Knowledge of the future is not a thing a faithful person asks for. Faith alone is enough.

Discovering one does not know the plan is undermining in a supremely powerful way, since it rubbishes the story one tells one’s self about her life. Think of the narrative you use to explain all your decisions to yourself, the cause-and-effect you take for granted as your autobiography. According to God, all that is wrong. It’s a distraction, and it needs to be ignored. This view of religious faith sees normal consciousness as a kind of mental illness, a firm and decisive break with God’s reality. “But to this day the Lord has not given you a mind that understands or eyes that see or ears that hear” (Deuteronomy 29:4). And you never know what kind of story God is using your life to tell, since even His own son had a violent end. This mystery is the madness at the heart of all religion. Roy Moore should know that.

It can be easy to miss the psychological violence of the Bible, since it often isn’t depicted in the text. The Bible has that famously distant point-of-view, which does not dwell for many pages on, say, the desperation of Christ in the presence of the prostitute Mary Magdalene, of her allure—which must be strong, for why tell the story otherwise?—and his long, drawn-out rejection her; of his feelings, sexual and emotional, in the hours after this rejection happened, or of hers; or his heart on seeing customers walk into her home, and on standing by her door to hear their cries of pleasure. Of what she felt as she returned to work, and all that that entailed. Reading scripture simply is not intimate like that. The Bible floats above emotion, since God is more important than emotion. The world of the Bible looks like houses do when you’re staring out the window of a plane that’s about to land. You can kind of see the pattern of the tiles on the rooftops, and the details are astonishing. But emotional minutiae are not spelunked at length—as in, say, Elena Ferrante or Dostoevsky—and so it might be easy for certain readers to forget that it existed. And yet loyalty to God involves some pain, always has, always will. “All human nature vigorously resists grace,” says Flannery O’Connor, “because grace changes us and the change is painful.”

And the command to stay devoted does not go away, though everything else does. The specifics of this election will be forgotten, even the hilariously unsavory ones. Be honest: how many of you remember that failed senatorial candidate Christine O’Donnell was an anti-masturbationist who once ate dinner on an altar to Satan? Roy Moore will slip from our minds—like everything else—and what God will recall of this incident is that a vain man thought he knew the mind of God. And something like that might be said of me, for writing that sentence.

Lives ripped apart by unseen powers, and by voices in the head; a book of Earth itself repeatedly re-shaped, and the people who endured that. This is what the Bible is. How does God expect us to behave in these conditions? First, it may help the atheist to think of God, not as God, but as Time. It is Time, says the atheist, that robs all meanings of their essence. What do we cling to when we realize meaning does not really exist? We act with decency towards each other. We treat our neighbors as ourselves, including and especially when to do so involves a kind of personal sacrifice. Only in this way can we resemble Christ, who—not to focus on the violent part—begged his father to forgive his killers even as he suffered on the cross. Another way of saying this is we are supposed to put what seems to be a set of abstract values—the will of God—ahead of more seemingly immediate concerns. For God, this argument says, is always the immediate concern. This is how one gets into the practice of being the person God wants her to be, a person who performs her faith against a backdrop of endless change and silence from above, where an individual’s desire has almost no effect, except in modest, interpersonal ways that lead to lasting satisfaction, insofar as that is something which exists. For satisfaction is subject to Time, as well.

In such a world, binary words like winning and losing have no meaning. “The race is not to the swift or the battle to the strong, nor does food come to the wise or wealth to the brilliant or favor to the learned: but time and chance happen to them all” (Ecclesiastes 9:11). This was always the universe Roy Moore lived in. He might be less surprised today if he’d remembered that.

Adam Novy is the author of The Avian Gospels. He lives in southern California.

An interview with George Saunders