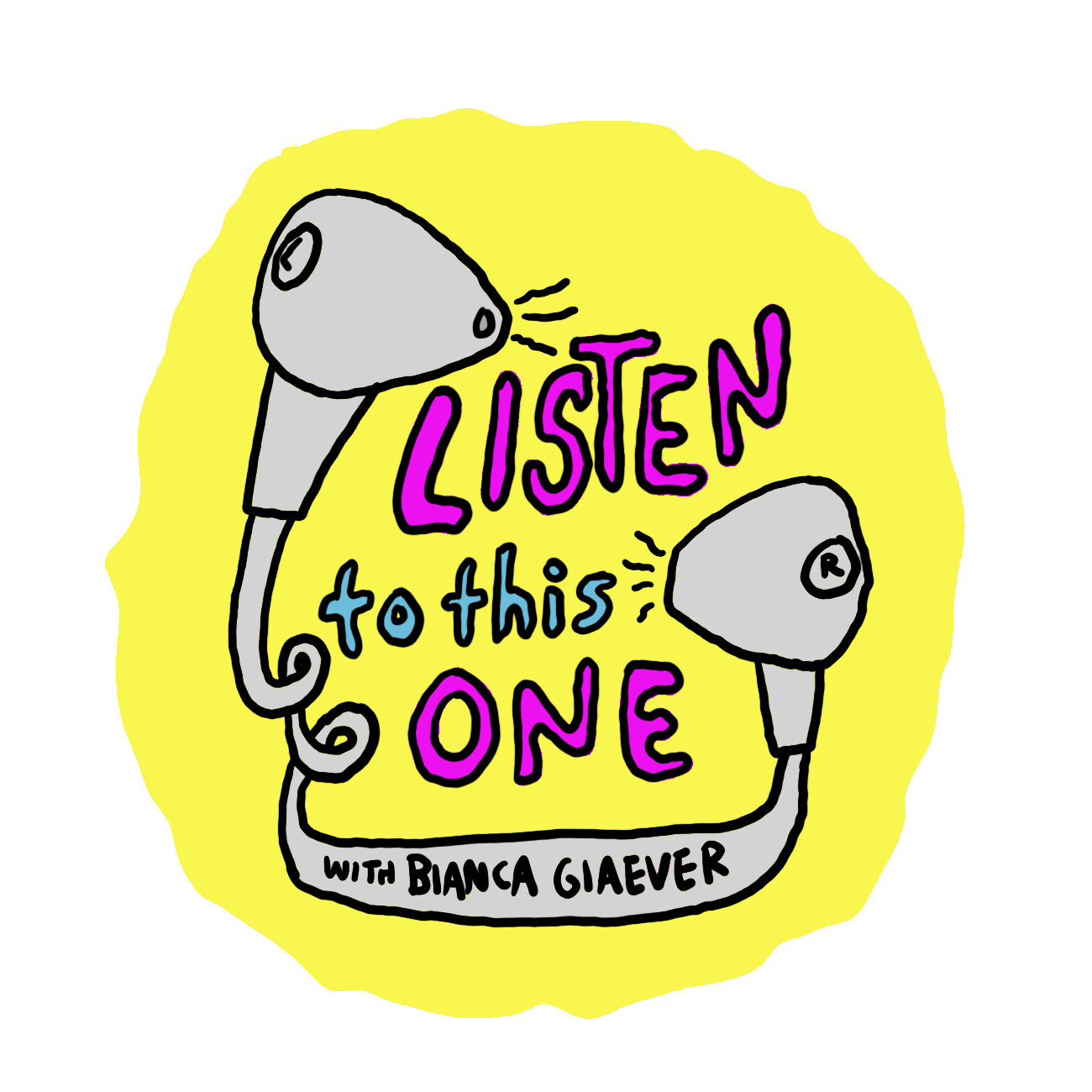 When NPR was founded in 1970, it was a much weirder place. In an All Things Considered piece from thirty-four years ago, producer Larry Massett listed his medical allergies, while a haunted-house organ creeps under him. “The dentist—a living nightmare,” he says in a menacing voice. What’s going on? Was this a Halloween special?

Stories like Massett’s “A Trip to the Dentist” don’t play on All Things Considered anymore. These days, the good-weird stories are lurking in the dark corners of the iTunes store; like foraging for rare mushrooms, you have to know where to look. I’m talking about stories that don’t sound like This American Life; that aren’t always plot-driven; that might leave you confused for a bit and then return to you. These stories are my favorite, and they’re usually made for little to no money, in a shed or an attic somewhere, for the love of the game.

I don’t think a good term has emerged yet for this work. Is it fringe podcasting? Experimental narrative radio? For the purposes of this column, I’ll call them independently produced podcasts, because I’m mostly interested in radio stories made by a singular audio artist, outside of any money-making podcast network.

In my opinion, independently produced podcasts are their own genre and art form. An incredible amount of time and craft goes into making them; one must be a talented interviewer, writer, and sound mixer to make a great radio story. But where to find these experimental radio stories? We’re in such an early moment in the podcasting medium, that no distribution outlet for fringe podcasting has reached the mainstream.

So, if you’re ready to branch out from the safety of your mainstream podcasts and try something different, I’m here to recommend my favorite indie radio stories on a monthly basis. I’ve been an independent producer in New York for the past seven years, and I bow down to independent radio artists. What they’re trying to do is not only artistically difficult; it’s psychologically and financially grueling. They rely more on their own instincts than any kind of storytelling formula, and they’re forced to work with very little editorial oversight.

The first featured podcast is called Rumble Strip. It’s made by Erica Heilman in East Calais, Vermont. The motto of her podcast is “conversations that take their time,” and she tends to catch her subjects in the midst of their everyday lives; she often interviews people while they’re driving around Vermont, and it’s common to hear insects buzzing in the background of her stories. At the beginning of each episode, Erica introduces her guest and then says “welcome.” It’s like Fresh Air, but for non-famous people who happen to live in Vermont. The episodes are fairly short, ranging from about ten to twenty minutes, and provide a window into someone’s life. If you’re living on a diet of plot-driven podcasts and hankering for something character-based, this one’s for you.

I recently called Erica at her home in Vermont to talk about musicals, turning fifty, writing a book without adjectives, and how she got into radio.

BIANCA GIAEVER: What was your background before Rumble Strip? All I know is that you wrote a book without adjectives.

ERICA HEILMAN: Oh my God. How do you know that?

EH: That is so funny that you remember that. I wasn’t trying to write a book without adjectives… it’s just that every time I put an adjective in I thought it sounded terrible. I was deeply adjective averse.

BG: Did you know you wanted to be a writer?

EH: No! I went to musical theater school, never expecting that I would do musical theater. So I don’t know why I did that. I had to take tap dancing, and I would tap, tap, tap my way into the back row until no one could see me. I was not a good dancer… I was not a triple threat. At best, I was a double threat periodically. So I didn’t know what I wanted to do. It was just kind of this frenetic wanting, with no direction.

BG: What were you wanting?

EH: I had an experience as a twelve year old. I went for a walk in the field across the road from my house, and I think it was provoked by a quality of light. Time just collapsed, and there wasn’t any distinction between me and anything else. I thought, having never gone to church or anything, that this was the beginning of some important relationship. But after a couple of weeks it faded. So the message was that I hadn’t been worthy of it.

BG: Did you tell anybody about that experience?

EH: No, It was too embarrassing and private and impossible to explain.

BG: Have you experienced it again?

EH: Only in a refracted way.

EH: I’ve never done acid either. I tried to make a show about this very thing. It was a musical.

BG: You actually made it?

EH: Yeah, it’s called Scott’s Nature. It didn’t really work. The interview with Scott was great, but he wouldn’t sing the songs, and the main point was to hear someone talking in an interview and then break into a song about themselves. So I had to sing the songs. But I still think that in a documentary, why shouldn’t people suddenly break into song? I want to make a show where people sing about their jobs. It will take a lot of people to get the right tape. The problem is that you don’t want performative people. Performative people are not the most interesting people.

BG: So what did you do after musical theater school?

EH: I went to Chicago and started an experimental theater company with some friends. I remember watching the MacNeil/Lehrer NewsHour every night before rehearsal and feeling deeply resentful that I’d have to leave in the middle of the show. I became disillusioned. I was selling muffins for work, and every time I stood on a stage, I would dread it. I had absolutely no idea what I would do next, all I could do is look for clues. I didn’t have any idea how to put a life together. Some people just seem to know how to do that. So I went home to Vermont and I milked cows. And then I got a fucking job at the MacNeil/Lehrer NewsHour!

BG: What is that?

EH: It’s a public television news show. Their in-house motto is “Dare to be Boring.” God bless them and I wish that we could get back to that time.

BG: How long have you been making Rumble Strip?

EH: I don’t actually know. I think it’s maybe seven or ten years? I could look at the date of when the first show was published, but the publish date changes when you move the shows around.

BG: Do you remember starting it?

EH: Yes. Nobody was listening to podcasts back then. It was endlessly difficult to explain how to listen, and nobody listened to the show.

BG: Did your parents listen?

EH: I think my parents probably listened. My boyfriend didn’t really listen. Making podcasts is like religion, it’s an act of faith. It’s an act of love.

And the other thing about independent podcasts that I think is so charming is that you decide to get on the bus with somebody, and the driver doesn’t know where the bus is going yet. You have faith that they’re going to figure it out, and that it will evolve.

BG: Which independent podcasts do you listen to regularly?

BG: Loving an independent podcast is like loving a person, they’re going to disappoint you all the time, right?

EH: Yeah. I want to be surprised. And part of being surprised is getting angry and disappointed.

EH: Yeah. My kid is going to graduate from high school and I’m turning fifty. I really am perplexed about what happens next, you know? I feel very unsettled and I don’t feel extremely confident in my life at the moment. I feel like I’m in the beginning of a huge paradigm shift and suddenly feel the need to have a phoenix moment, where I burn up and am born again. And for some reason, the way I see doing this is to sing “Total Eclipse of the Heart,” a song I have always been ashamed to love. I’ve got a friend who’s gonna sing backup, a bassist and a lead guitar. I don’t have any drums, but whatever. We’re just gonna go to a community center. The point is not to sound good, it just needs to be honest. There’s no irony in it.

III. “Climbing into somebody.”

BG: Do you worry about over-sentimentalizing the place you live?

BG: Do you think you could interview anyone? Does everyone has something to say?

EH: I think everybody has something to say, but that doesn’t mean that they’re all gonna be interesting to listen to.

BG: How do you make money?

EH: I make money through gigs with Vermont Public Radio, with Northern Woodlands Magazine, teaching periodically, and donations to Rumble Strip. And through my friend Susan, periodic private investigation. I don’t make a whole lot.

BG: What does faith have to do with your work?

EH: Faith is the only thing I have, the knowledge that you can start and finish things, and that you’ll be delivered every time. You’re being tested, because eighty percent of the making of anything is confusing and demoralizing. And there’s the inevitable question, why am I doing this? Who cares? And nobody cares. There is no reason why you’re doing it. But the faith to do it anyway is beautiful to me. The fact that you make it, despite the fact that nobody’s waiting, and it doesn’t have any inherent meaning… that’s the deliverance.

Rumble Strip is available on iTunes, Spotify, Pocketcast, or wherever you get your podcasts. Here are a few episodes I recommend starting with:

One of the joys of Rumble Strip is Erica’s intimacy with her guests, and her tendency to return to great characters over time. This is the first in Erica’s series about her friend Susan, a single mom and private investigator. You can find the following interviews with Susan here and here.

Kids sing their hearts out in closets, and explain their roles in the summer musical.

One of Those Teachers

Fifth grade teacher Daphne Kalmar talks about the everyday experience of teaching. I love Erica’s introduction to Daphne: “She doesn’t have the boring composure of some grown ups. It seemed like the conversation could have gone anywhere, and maybe ended up on a road trip to a corn maze, or something. Like she’d be game for that, if it came up.”

A Perfect Drive with Garrett Keiser

“In a utilitarian, production-driven, capitalist society, any pursuit done for its own sake, with no monetary reward, is going to be suspect,” says poet Garrett Keiser in this episode. He’s talking generally about poetry, but he might as well be talking about the podcasts I will be covering in this series.

If you’ve finished those and are hungering for more, I recommend: Gamelan and Subjects of Consequence, Leland Will Figure It Out, Police Log, Shaggs’ Own Thing, and An American Life.