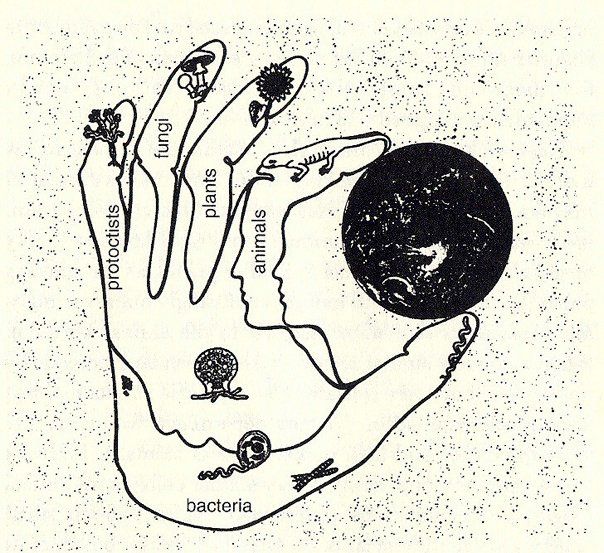 For more than 150 years, Darwinism and its legacy have structured the Western imagination.

Consider the difference: walking in the woods 200 years ago, you’d likely have believed that everything you saw sprang full-formed, miraculous. Today, you know in your bones that those same woods are a scene in the midst of evolving: billions of years of gradual change before, and—human intervention notwithstanding—many more ahead. This idea is now embedded deep in the subconscious of our culture and our psyches.

We live in a teeming, seething world, but a structured one, at least in the realm of biology. Each species is privately progressing along its own developmental pathway.

Or so Western civilization has held since Darwin. But fifty years ago, a rebel scholar began to challenge this paternalistic, Victorian orthodoxy, and her ideas are just beginning to filter through to the mainstream.

Lynn Margulis was an American biologist, a towering intellect, and a true interdisciplinarian who enrolled at the University of Chicago at the age of fourteen and was briefly married to Carl Sagan. Her great gift was an ability to zoom in to the micro and, from it, extrapolate the macro. Studying microbes in this way, she solved the riddle of how life as we know it began.

In the late sixties, Margulis fixated on the cytoplasm of cells, then generally held to be just so much jelly. Following a hunch and some older, unproven research, she soon found, and proved, that the floaters in this cytoplasm are remnants of other species. Specifically, these fragments we all carry at our most elemental level are related to bacteria still found in the world today: Rickettsiales proteobacteria, in the case of animals, and cyanobacteria in plants.

From here, she deduced the origins of all plant and animal life. Some 1.5 billion years ago, she concluded, a fat old early bacterium grabbed onto a swimming bacterium and fused with it, combining forces, and from that moment of opportunism was born the first ever cell with a nucleus—the type of cell that gave rise to all animals, plants, fungi, algae, and protists.

She discovered that life as we know it originated through symbiosis between two different types of organism. Down to the very cellular level, the story of our lives is a story of mutual dependence, of fusion, synergy, and collaboration, in which microbes aren’t harmful germs, but the precondition of existence. This theory of symbiogenesis is now widely accepted.

But Margulis didn’t stop there. The Darwinian ideal that has ruled so rigidly and for so long in biology and beyond holds that species evolve when individual variations arise and are carried forward in reproduction; that a species prospers when its fittest members reproduce. Margulis argued that symbiosis is also the major engine of evolution—that the adaptation of species is a story of continuous collaboration, most often with microbes.

Where Darwin envisaged evolution as a branching tree—that familiar, paternalistic structure—Margulis wrote: “Symbiosis shows us that such trees are idealized representations of the past. In reality the tree of life often grows in on itself… the tree of life is a twisted, tangled, pulsing entity with roots and branches meeting underground and in midair to form eccentric new fruits and hybrids.”

Margulis’ fellow academics didn’t welcome the idea. Richard Dawkins, for instance, labeled her “Attila the hen” and “the great apostle of symbiogenesis.” Her theory of symbiogenesis was accepted in her lifetime, but she died just as the world began to accept her ideas as the engine of evolution. “Modern genetics has revealed that representing evolutionary history as a tree is misleading, with scientists saying a more realistic way to represent the origins and inter-relatedness of species would be an impenetrable thicket,” read an article in the Guardian in 2009, two years before Margulis’s death and many years after she started saying the very same thing. The article does not quote or reference Margulis.

What does evolution by symbiosis mean? We can find a captivating example in the Hawaiian bobtail squid, as researched by Margaret McFall-Ngai and Edward Ruby. This nocturnal squid swims by night through the inky ocean around Hawaii. Alone, it would be silhouetted against the sky’s brighter light, and vulnerable to predators from below. But it carries in its body a huge population of vibrio bacteria, which glow gently, camouflaging the squid against the sky. Without these bacteria, the squid would soon die: it is entirely reliant. And the bacteria, too, have adapted to the squid’s body. To be a Hawaiian bobtail squid is to be part vibrio bacteria.

Human life is no different. Browse any microbiology journal today and you’ll see that fundamental ideas about our species are beginning to crumble. What makes us human? Consciousness, mental autonomy? In fact, gut microbes—alien beings living within us—have been found to shape human behavior by producing neuroactive compounds that influence patterns of behavior such as how we manage stress and interact with other humans. And who survives to the next generation? The fittest individual? Or the most healthily balanced ecosystem, walking around in the guise of a human? Recent studies suggest that microbes are central to human reproduction, aiding conception, successful pregnancy, and fetal development.

There are profound implications for the way we’ve conceptualized humanity for the past 150 years of human civilization. Post-Darwin, the Western world has been marked by industrialization, post-industrialization, cutthroat economic competition, growing individualism, secularism, and, lately, a rise in tribalism. Though Darwin himself espoused friendship, the social conscience, curiosity, and respect, his ideas have all too easily fed doctrines of rivalry and self-interest. In The Origin of Species, he proposed “one general law, leading to the advancement of all organic beings, namely, multiply, vary, let the strongest live and the weakest die.” Little wonder, then, that his ideas were soon co-opted by eugenicists.

Meanwhile, the Margulis worldview calls into question the very possibility of the sovereign species or individual. Each of us, says this philosophy, is a multitude: not an island but a nexus in a network. Thinking this way, it’s much harder to cast life as rivalry and humans as Earth’s star players.

Margulis’s work is now central to the burgeoning academic field of posthumanities, which challenges the anthropocentric foundation of so much human thought. Read the work of thinkers like Donna Haraway and Timothy Morton and you’ll find much of Margulis at play.

And there’s been something of a spate of hybridity and symbiosis in recent stories. Jeff VanderMeer’s Southern Reach Trilogy and the film it inspired, Annihilation, seem at times to draw directly on the work of Lynn Margulis, exploring human behavior in a world of fluid biological transformation and transmutation. In October, you’ll be able to watch Tom Hardy star in Venom, a blockbuster event about a symbiote. And later this year you’ll be able to play Biomutant, a video game about the death of the tree of life, which casts the player as a hybrid animal of her own design: choose your own body shape, fur, fangs, in a world populated by biologically unstable, spliced animals.

Does this mark the beginning of the end of the Western paternalistic, anthropocentric, and falsely delineated view of life? As Margulis found through her spats with Richard Dawkins and others, the neo-Darwinists won’t give up without a fight. But then, if ever there’s been a cause worth fighting for, it’s the meaning of life on Earth.

The Groove of Routine