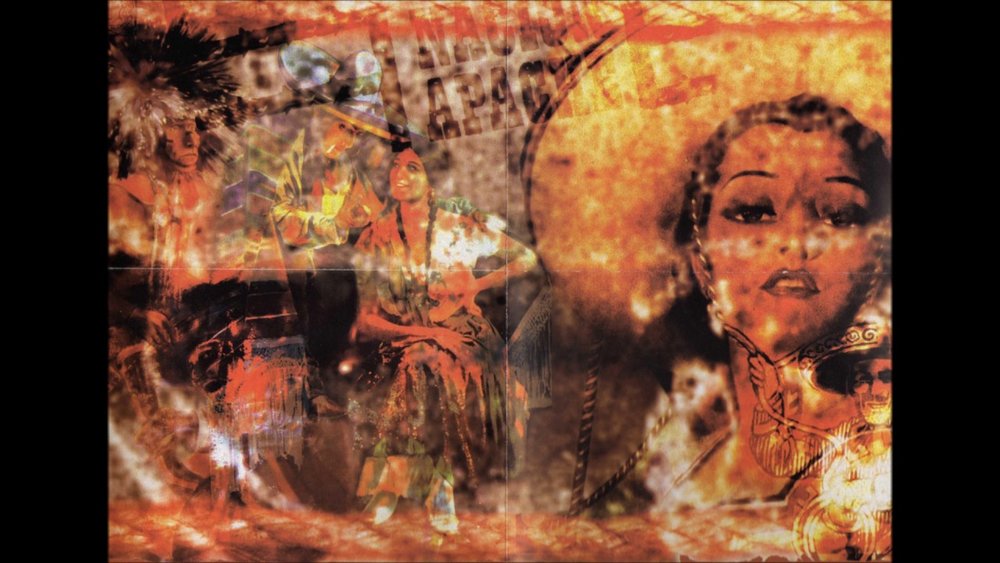 The US-Mexico border has always been a subject for surf rock, a musical genre with roots that extend back to 60s southern California. Surf rock usually has no lyrics, and the songs traditionally associated Mexico with the Wild West, musically harkening back to distinctive Spanish styles and composers. Some surf rock songs represented a border between the US and Mexico that relied on stereotypes seeking to represent otherness as exotic and ideologically neutered (as in Herb Alpert’s songs). But today, many of the Mexican bands that play neo-surf, a microgenre of music born in the 90s, have begun to complicate these representations.

The Twin Tones are one such band, and their exploration of what has been called the Chili Western sound in neo-surf music is an act of appropriation and reversal of stereotypes fueled by Spaghetti Western films and musicians like Herb Alpert. Alpert is best known for making the trumpet-driven Tijuana Sound internationally famous, even though the music actually being played in Tijuana during the 60s was closer to African-American blues and rock ’n’ roll. “When Elvis hit Tijuana,” Kun writes, “they knew ‘the king of rock and roll’ crown was ironic. They recognized the black shadow in his sound.” Kun implies that the subversive potential of the real Tijuana sound in the 60s was overshadowed by the stereotypical, ideologically neutered version of Herb Alpert & The Tijuana Brass. Kun considers Alpert’s “Tijuana Sound” to be a “a closer-to-home version of the exotica boom’s tiki fantasies in the 1950s; Mexico, not Polynesia, Ole! Not Taboo!” Alpert’s music also served as a way to alleviate anxiety about growing 60s social unrest.

What the Twin Tones offer is an imaginary border, a sonic substitute that stands in opposition to Alpert’s Tijuana. In their debut album, Nación Apache, surf’s Ol’ Mexico representations of the border are clearly challenged. “Territorio robado (El Dorado)” (literally “Stolen Territory,”) features audio samples where cowboys talk about arriving at a town with a Spanish name, fulfilling the stereotype of bandits trying to escape the law by fleeing south. The big difference here is that instead of showing the conquistadors gloriously arriving from south to north at the golden pavilions of El Dorado, it portrays a gang of bandits fleeing south of the border. Moreover, since the US southern states were once part of Mexico, the title “stolen territory” raises the polemic issue about whether the Mexican-American War was fair in the first place (tellingly, in Mexico this war is called “The American Invasion”). Under this light, territorial invasion and occupation is likened to a bandit getaway.

The second, a slower song that contrasts with its subtitle (“Promised Land”), is a nod to the Aztec origin myth of Aztlán, which in the 60s and 70s was reclaimed by the Chicano movement.  During that time, some artists and activists took Aztlán as a symbol to advocate for the self-determination of Hispanic American communities in the US. One of the first figures who appropriate the name of Aztlán to refer to a future US “Hispanic Homeland” was Óscar “Zeta” Acosta (who was portrayed as Dr. Gonzo by Hunter S. Thompson in Fear and Loathing in Las Vegas). The southern US and northern Mexican states become that place of origin and, in a reversal of roles, that promised land.

Many tracks on Nación Apache feature samples taken from Westerns, either in English of in their Spanish-dubbed versions, like Apache (1954), The Good, The Bad and The Ugly (1966), and even Alejandro Jodorowsky’s surrealist western El Topo (1970). These samples frame the record with a discourse that engages and questions colonialism and misrepresentations of the other.  Along with the titles of some instrumentals, these samples charge the whole album with a political agenda, in which the border is conceived of as a lost territory, a topic that, according to José Manuel Valenzuela, has been present in the Mexican imaginary since the late nineteenth century.

Audio samples help assert and subvert the political dimension of instrumental tracks, usually considered “free” of ideological discourses. The first track on “Nación Apache”, which shares its name with the title, samples a conversation between two Native Americans, a Cherokee, and an Apache. The Cherokee explains how his tribe managed to endure the war with the Whites: “We found out that we could get along with the Whites only by living like they do,” a thought that resonates with any minority group that has faced colonialism. Another sample at the end of “Dos arbolitos” turns this otherwise merry song into a dirge. It seems to be narrated by a Mexican, speaking after the so called Mexican-American War: “It hurts. It hurts a lot—the blood that this war cost for Mexico. I know that the main hurdle will be my enemy’s language. But I don’t care, because I know my cause is the just one.”

When asked about these samples during a 2009 interview, Twin Tones played down the importance of their influences, saying they cared more about the music than about the films that inspired them. However, the whole work—from the song titles to the cover art, depicting the face of an Native American in the front and a Mexican-American collage on the back—shows a keen interest in portraying the Mexican side of western imagery, plagued with a sense of loss and neo-colonialism.

The musical intersections across the Wild West in the United States and northern Mexico contact zone, always present in the Twin Tones’ shows and records, motivated other artists to develop the fantasy of a cross-border US-Mexican Wild West. Carlos Muñoz directed a short film, also titled Nación Apache (2009), featuring the story of Figgis, an FBI agent looking for an old Apache man who ran away to Mexico City. Cooper, an all-American cowboy, helps Figgis find the Apache. They chase after him through downtown Mexico City, through the Zócalo and Garibaldi squares, and there’s a western style shootout at a subway station. In spaghetti western films, the Mexican is always the bad guy, but in Muñoz’s film it’s the Americans who occupy that role. The story also deals with the subtle differences between Native Americans in the US and indigenous peoples in Mexico and how their legacies live on. The music came mostly off the eponymous album, and the band’s members appear several times throughout the film, including a final concert dedicated to the Apache (played by Nicolás Jasso, who died shortly after the film).

Despite not living in a border city, Twin Tones managed to engage the highly political topic of the border through their exploration of neo-surf, an instrumental microgenre that spanned several musical styles and many specialized bands, such as rockabilly (Los Gatos, Las Leopardas), space surf (Espectroplasma, Telekrimen) or chili western. With Nación Apache, Twin Tones became the first neo-surf band to dedicate a whole album to that style—and their whole band concept for that matter, since they would go on that track in later albums. They used (and inspired others to use) representations of otherness portrayed by spaghetti western films and musicians like Herb Alpert, in order to expose and question stereotypes of the border, Mexican identity, and the history of southern US states.

This piece is a part of Microgenres: A Quick Survey, edited by Anne Stevens and Molly O’Donnell.

An Interview with Maurice Carlos Ruffin