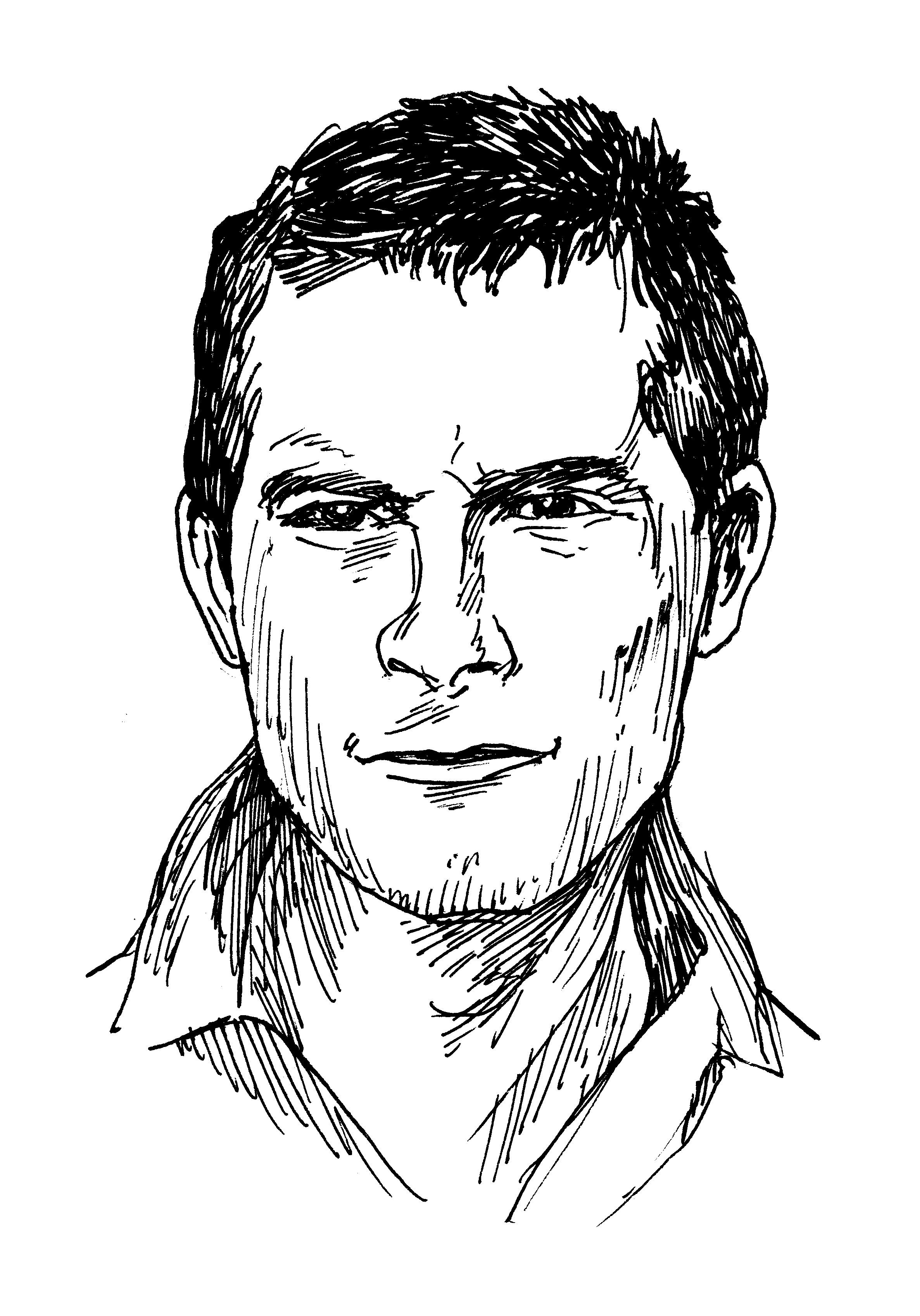 Bear Grylls is the author of over twenty books, including a series of adventure stories for children. In the early 2000s he found international fame as TV host of the Discovery survival series Man vs. Wild. Trained from a young age in climbing and martial arts, he spent three years as a soldier in the British Special Forces. At the age of twenty-three, despite a fourteen-thousand-foot free-fall accident in Tanzania, during which he broke his back in three places, he became the youngest Brit ever to summit Mount Everest. His subsequent feats include the first circumnavigation of the British Isles on Jet Skis in 2000, the first unassisted crossing of the North Atlantic in an open boat in 2003, the highest open-air formal dinner party in 2005, and the youngest election to chief scout in 2009. On a Friday morning in July, I called him at home, as he was in between promotional tours for his network reality series Get Out Alive.

THE BELIEVER: You once ate a partially rotted zebra carcass. Weren’t you worried you’d get sick?

BEAR GRYLLS: It wasn’t the zebra I was worried about. It was a lion kill, and they’d eaten all the soft organs of the zebra—heart, liver, all of that. The lions had gone off to drink because of the amount of protein they’d gorged on, but I knew they’d come back and finish off the rest. I got there right when they’d just gone off to drink, and I knew my time was limited. The lions would be coming back soon. So it was more about getting in quick. I got my knife and hacked away as much of the meat off the neck as I could. It was very strong-tasting meat raw. It’s like a steak covered in mosquito repellant.

BLVR: What good are zebra stripes, then?

BG: The stripes on each zebra are different. They’re a unique identifier, like a fingerprint. It’s really about breaking up shape. The white horse is very distinctive, but you start putting some patterning on them and it breaks it up for the eye. As a predator or prey, you want to break up shape. There are very few regular patterns in nature.

BLVR: Tell me about human camouflage.

BG: The giveaways for camouflage are shape, shine, shadow, sound, and silhouette. If you want to stay camouflaged, you got to work those out. The human shape is very distinctive. Against the skyline it’s easy to see the head and shoulders. Then there’s shine: things reflecting, like jewelry or watches or glasses. There’s silhouette: skyline, shadows. And then sounds: moving quietly.

BLVR: Surviving, I’d imagine, is hiding, but being on TV, as you are, means being visible.

BG: Most of survival is actually about making yourself visible, you know? You’re trying to be found. You’re trying to be spotted. Look at all the survival stories: it’s about people getting lost and searching for rescue. People search the air, the sea. Actually, 95 percent of survival is about being highly visible, putting out markings—whether it’s big tarpaulins or whatever in clearings in jungles. Bright colors, uniform shapes, being visible. The combat survival stuff with my job in the SAS [British Special Air Service] was all about staying covert and hidden—really out there in a military capacity, you want to stay hidden. There are also survival stories where, say, there are kidnappers in the jungle, in which case you want to stay hidden. That’s all about not using fire, or knowing how to camouflage your fire: dissipate smoke, hide the flames, make shelters in what nature provides. Don’t stand out.

BLVR: Which animals do you see and just back away from?

BG: In a city actually. I remember when I left the army, I was trying to work out what I was going to do as a job. I hadn’t lived in a big city before. I was surrounded by millions of people, but I felt a lot lonelier there than I have ever felt on a mountain.

BLVR: Does having someone else with you, perhaps someone untrained, make it easier or harder to survive in the wilderness?

BG: It depends on how good or bad they are. Generally two hands is exponentially better than one set of hands. Doing stuff on your own is very hard. Just getting somebody to help you—even if they don’t know what they’re doing, they can listen to you. They can help out. It’s a game changer. It’s not only the physical things. It’s the emotional strength you give each other—the encouragement, the conversations. And thinking up ingenious ways of doing stuff is so much easier when you’ve got two brains on it.

BLVR: What’s it like to sleep cold on a rock? I bet it sucks.

BG: It’s never fun. Hard, cold places are never fun. But it never takes too much ingenuity or resources to work out ways to make yourself comfortable in the wild. Whether it’s fluffy grasses stuffed inside backpacks or making hammocks out of vines. I always think time spent making a comfortable shelter is time well spent.

BLVR: What’s the feeling when you wake up from sleeping like that?

BG: You wake up in the jungle, still soaking wet and cold—you got to get moving. The thing is not to think about it too much. Once you get the blood flowing again, you feel like a new person. I never feel very brave first thing in the morning.

A Review of Cold Skin by Albert Sanchez Pinol