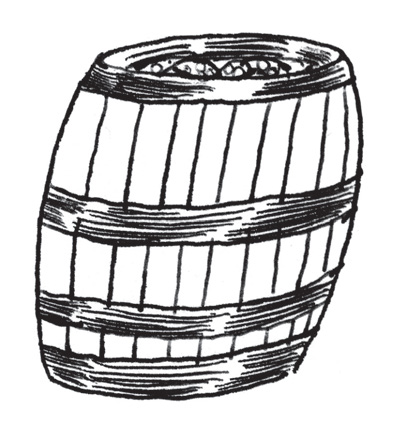 I am but a simple country doctor with a wry way of looking at the world and a secret drinking problem. Sometimes I like to turn my shambling brand of homespun hilarity to the controversial subject of politics. If some of these so-called politicians would get down off their high horses and mingle with us common folk once in a while, why, I have a feeling they’d be in for a pretty big surprise. For you see, it turns out that people are people wherever you go, with the exception of “Alligator Woman,” our local legend who old-timers say lives in the swamp hereabouts and is only partially a person. The other part is reputed to be alligator.

Just the other day I was loafing around the old pickle barrel, shooting the breeze on the subject of politics with Ol’ Garvey, proprietor of the local dry goods emporium. Ol’ Garvey was allowing as how these politicians they have nowadays have another think coming.

“You said a mouthful, Ol’ Garvey,” I replied. “Can you imagine what would happen if some of these here politicians got to jawboning and carrying on with some of our friends and neighbors round these here parts?” I don’t really talk that way but it makes Ol’ Garvey feel better.

“That I can,” said Ol’ Garvey, expertly projecting a stream of sawlard into a handy spittoon. (For the uninitiated, “sawlard” is our local delicacy—to the layman, balls of lard coated in sawdust and deep-fried. David Chang does a version at Momofuku.) “Well sir, I imagine some of these here politicians came down here, they’d fall in love with our local beauty queens,” Ol’ Garvey continued. “Others might fall in love with inanimate objects, such as traffi c signs or brooms.”

Using a folksy idiom, I told Ol’ Garvey that he had lost me with that one. Ol’ Garvey didn’t care. Sometimes when he gets to a-talkin’ and a-communicatin’, he just can’t hush up. He’s kind of solipsistic. I think I hate Ol’ Garvey.

“Why, I wouldn’t be surprised if one of these here politicians fell in love with the Alligator Woman herself!” he conjectured unrealistically. “Can’t you just picture it? They’d get all hitched up, nice and offi cial-like. Here comes the Alligator Woman, all decked out in the pertiest weddin’ gown you ever laid eyes on. Next thing you know a meteor is headed for the church. President Obama is on the phone. He’s like, ‘Ol’ Garvey, you’re the only one that can stop that meteor!’ So I do. And the Alligator Woman is so allfi red grateful that she dumps that there politician right at the altar! And the Alligator Woman is all, ‘Ol’ Garvey, you’re the one I’ve wanted all along. I’ve always known.’ She’s like, ‘You’re the handsomest thing I do believe I’ve ever seen. I used to spy on you through your kitchen window. When I ate four of your chickens that time I was only trying to get your attention in the only way I knew how!’ Then she’d start in to sobbin’ and a-moanin’, so’s I’d be obliged to cradle her in my arms and say, ‘There, there, them chickens is water under the bridge.’ And she wouldn’t understand that phrase, and she’d be all, ‘How can chickens be water under a bridge?’ So I’d start a-laughin’ and guffawin’ to beat the band, and before you know it everybody commences to laughin’, includin’ that stuck-up Washington politician hisself. And that’s the part where he realizes he should have been lookin’ out for us little folk just a wee bit more, because we’re all right. And then the Alligator Woman eats him. She don’t leave nothing but his head. But the funny part is the head winks at the camera. Fade to black. Credits. An Ol’ Garvey Production.”

Here Ol’ Garvey cackled and slapped his knee, not because what he said was funny, but because of a degenerative neurological condition. Eventually he was placed in restraints and taken away.

As I watched the ambulance speed down the street, hearkening to its plaintive wail, I realized that Ol’ Garvey had given me a lot to think about. Like, “What are ‘dry goods’?”