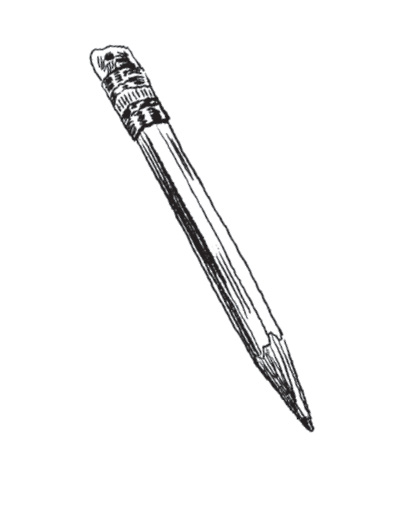 Women and men are certainly different. Women have long eyelashes. And that is the only difference between men and women. Sometimes I get together with some of the fellows for a “snort,” and my goodness, we just go on and on about it.

The other night it was me and Jimbo and Stan, down at the lodge hall. “Do you think they’ll ever let a woman fly an airplane?” Jimbo asked reflectively.

“Hell, no! Their eyelashes are too damn long,” Stan opined. He has lots of opinions and loves to opine!

Gus arrived late—as usual! He asked us what we were fussing about this time.

All of a sudden we realized he was right. So then we had to find something else to talk about. I don’t suppose there is anything more satisfying in the world than a cold beer with a couple of trusted old friends who are in the mood to shoot the breeze.

Even Stan had to admit it was great when we found the pencil that time.

When you’ve been around the same people all your life, in the same little town, you build up a treasury of simple pleasures that is worth more than all of the gold of mighty kings. I remember just sitting there looking at Stan’s face, thinking, I know every wrinkle and pockmark on that surly pan of his. He has this one eyebrow hair that’s not even attached to his other eyebrows. It kind of grows out of the side of his head, next to his other eyebrow hairs. I don’t even think he knows he has it. It just gets longer and longer. I can’t even believe it. It’s literally making me physically ill to look at it. Why didn’t I accomplish something with my life? Oh well! Too late now!

“That pencil was so sharp!” said Jimbo. “I can’t believe somebody could drop a pencil on the sidewalk and the lead wouldn’t even break. You could still write with it, no problem.”

“Do you still have it?” asked Gus.

Typical Jimbo! We all had a good laugh, Jimbo included.

“You know, that’s not really lead they use in pencils,” said Stan. “I think it’s graphite or something.”

“Old Professor Know-It-All,” I said joshingly. “Where’d you hear that, on your computer programs and whatnot?”

Stan knew I really “had his number.” Another round of laughter rang through the night.

“Do you still have that piece of pencil lead in your knee from second grade?” Gus asked me.

“Don’t you mean graphite?” I kidded.

“Easy there, Professor Sensitive Head,” I prodded. “You just don’t know when to let it go!” insisted Stan.

He came at me. I sidestepped him easily and he stumbled, striking the back of his head on the corner of a large oaken podium and dying instantly.

Jimbo, Gus, and I made a solemn pact never to reveal what happened that night. We took Stan’s lifeless body down to the edge of the swamp and rolled it in.

“Stan may have been an ornery cuss,” said Jimbo when it was over, “but when all was said and done, he was a man.”

Suddenly Jimbo stabbed Gus to death with a pencil. I didn’t see that coming! I thought it would be the other way around.

“You saw it!” cried Jimbo, weeping fulsomely and grabbing me by my soiled lapels. “He was going to kill me first!”

“I thought you said you lost that pencil,” I said.

“I did,” replied Jimbo. “This is another pencil.”

Suddenly hands came up from the swamp and grabbed Jimbo’s legs.

“Stan, thank goodness, I thought you were dead,” I said.

“Then I killed Gus for nothing,” remarked Jimbo good-humoredly.

“Nope,” said Gus, waving merrily from atop a cypress root. “I’m alive, too, no thanks to you chumps!” He folded his arms and pretended to be cross.

“Guys, this is hilarious,” I said. “Do you know what I forgot until just now? It’s my birthday!”

No Regrets: Goodfellas and American Hardball

Both of You But Better