Seksopolis: The Land of Lying Men 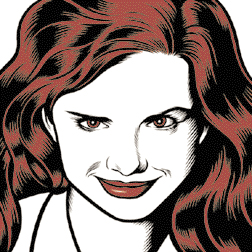 The new Croatian issue of Cosmopolitan says that, given the option, 74 percent of all Croats would choose world peace over a larger penis. That right there struck me as the biggest insight into our men: they lie. And living in the country of lying men is like living in that Greek proverb about the Cretans, which says that all Cretans lie. I can’t really imagine a Croatian guy standing naked in front of the mirror and wishing for world peace. To be honest, I can’t imagine a man, anywhere or at any time, wishing for world peace as he is getting undressed. Anyway, would our history have been so filled with heroes if men thought of world peace? The same applies to the sense of humor, which our men, according to research, find the most appealing quality in a woman. Blatant lie, just like the one about world peace. I know what I’m talking about. I have a sense of humor. And there was many a situation in which humor didn’t help one bit but when height and longer legs would have made a world of difference. I think Croats care the most about the female bottom, closely followed by breasts, legs, especially ankles, waist, neck, head, color of hair, the depth of voice, style of clothing, and only then what the woman has to say, and her sense of humor. Looks are the law; everything else is a lie. A funny woman with a flat bottom has absolutely no chance here; in that respect we are similar to the Brazilians. Or take a particularly bright woman who has a mere hint of a mustache above her upper lip. A Croatian man would think: Shave it off, then we can talk about your PhDs.

How much we care about looks is evident in the fact that a Croatian woman doesn’t even get her newspapers without putting on makeup. We don’t believe in loose tops and relaxed jogging pants. Our capital reverberates with the clanking of high heels, our breathing is shallow from wearing tight suits, and the only sound breaking winter nights is the tearing of a size-too-small mini. An ungroomed Zagrebian woman is almost a paradox, which is why they call us the nation of empty fridges and full wardrobes. As our wages don’t stretch far enough to cover food and luxurious clothing, not to mention cars, a lot of my countrymen and women don’t buy food, a secondary item, really, compared with clothes. Yet, we are not as sparkling as our Italian neighbours with their fashion shows, their Armani and the late Versace, the canzone festival in San Remo, and the remains of Saturn’s temple in Rome. They regularly notice us when we hop across the border for a shopping trip (“Arrivano i Croati suglli cavalli neri,” wrote Dante: the Croats arrive on black horses) because we don’t change our clothes with the seasons but only twice a year. For us, the Italians are something like an unreachable reflection in the mirror. But they are not insensitive to the sense of humor of our women, and this is why even I had a Sicilian fiancé some time ago. The only problem with Italians is that they don’t speak any language other than theirs so you are bound to either have romantic encounters with them in the style of Romeo and Juliet or not at all.

A brief note: we get to meet the Italians (in the biblical and every other sense) during the ferragosto, their August summer holidays when they descend en masse on our side of the coast. During the same period there are fewer of us on their side of the coast because they don’t have hundreds of islands like we do. It’s not that I’m saying that an Italian could seriously provide comfort when we are on the lookout for a Croatian guy suitable for marriage and children. Here and there a Croatian woman starts living with an Italian, but you can count those on the fingers of one hand. We normally pine quietly for the homegrown type, the liars.

MARRIAGE IN THE RETIREMENT HOME

To better please local men, for whom looks are everything, a lot of women turn into clones of supermodels; they must use mediation techniques, or God knows what. That’s particularly bad for women like me, who are only 5′ 3″. Here Heidi Klum sells newspapers on the local newsstand and Claudia Schiffer sells dairy products in the local shop. If you need somebody to maintain the systems in your company you can be sure that Amber Valetta will answer your call, and should your kids need looking after while you and your friends nip to the cinema, Kate Moss will do it for you. Croatian women who don’t pay enough attention to their looks tend to find themselves on the past-it list (which here is long and sad; it seems as if for every thousand women there is one man, and a dishonest one at that). In my neighborhood alone there are five new hair-dressers, and in total, there are more of them than bakers. Talk about bare necessities!

Here, your thirtieth birthday is still a big problem, particularly if you are not married to a hero who wants to sacrifice his manhood for the betterment of the world. And we’ve already established that such men don’t exist. Women who don’t make the wise move of marrying in their early twenties are looking at decades of loneliness, which, in the worst case scenario, stretch all the way to an eventual marriage in the retirement home. As there aren’t that many parties going on or that many bars in town, the favorite pastime remains staring at the TV or out of the window, but neither of those can secure a groom for you. And definitely not a serious one. Men here have got abstract behavior and superficial friendships down to per-fection. The last-known intense-types are now septuagenarians; wishy-washiness is highly sought-after and the only place where you can still potentially encounter some enthusiasm is on the gay scene. Because of that kind of temperament it’s almost expected that women should make a special effort—you could almost say invest—in the way they look. Cosmetic surgery has not quite taken hold yet; yes, there are some perky breasts and some pouting lips to be seen, but our faces are naturally long, slack like old dogs. I do believe the next generation will reach the stage when they invest in some serious nips and tucks, more so now that we are getting ready to enter United Europe, that continent of young old people.… For this process we are counting on our new prime minister, Dr. Ivo Sanader, who is widely liked because he wears wonderful ties and is an exceptionally handsome man.

An Interview with Rebecca Solnit

Thoughts on the Art and Technique of Crossing Word