Seksopolis: The Guitar Stole My Husband 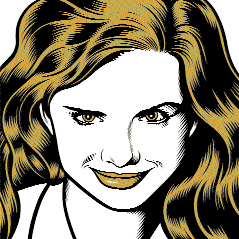 In the last few years I’ve started noticing that Zagrebians have gone crazy for a strange variety of folk music, which sounds as if a stray cat was singing the Greek Syrtaki. My fellow citizens lift their arms to this music and fling their hair back over their shoulders while I’m not entirely sure what this music is doing at our urban longitude and latitude. This cat Syrtaki is blasting from every bar, of which there are two to every inhabitant, thank you very much, because we have still not embraced the Western European pace of work. Instead, we have to pace ourselves and stop for an hour or two after every hour of work. Female singers who perform this kind of music have sex-diva status. Their pictures are all over the newspapers; they are girls with wide hips and substantial breasts. Looking like pre-historic Venuses, they fill up every bar and pub, they climb on tables and do their little dance routine for the mesmerized masses. Of course, what they sing has as much to do with rock & roll as it does with the Pythagorean sphere music, or any music at all. The lyrics are equally inspiring: “My sad tears glued the wallpaper; you and the child disappeared into vapor.”

One of the Croats’ favorite sayings is “Those who sing don’t think mean thoughts,” and this seems to be even more the case when it comes to men who are into their music. Musical men are less dangerous than those who are not, because they have less time to get into bad habits. You can feel perfectly at peace when you live with a guy who every so often locks himself up in a tiny room with walls covered with cork (in a real Proustian manner) and who keeps himself entertained with an electric acoustic guitar—there are six strings to the guitar and once he has pulled on each one of them he hasn’t got the time to go out and get up to no good. My husband is actually busy creating a home studio in which he’ll record his first CD: he will play the parts of six musicians. I can constantly hear him moving about, playing, recording, re-recording and recording yet again. He looks like a fly, with those gigantic headphones on his ears. I’ve resigned myself to the fact that when I talk to him he accompanies my speech with appropriate notes, and the louder I speak the louder he plays. Only once I stop talking will the playing stop, but not for long. My husband will withdraw into his studio, guitar in hand, and play until I tell him that it’s time for bed. He’s not bad: he’s just musical. And to be honest, I was the one who, ages ago, bought him that guitar from which he now won’t be separated. My husband used to be a bass player in a band, which fell apart before their first record. It used to be a fairly large band with a large rhythm section and it played school clubs and high schools and even started pulling in large crowds at concerts. But instead of becoming rock stars, the guys pulled back, enrolled in universities, and today are successful Zagrebians only a step away from middle age.

The husband is like that too, except he cannot reconcile himself to the fact that the band is no longer. He couldn’t let it rest, he wanted to have them play one more time, for some anniversary or other. He launched into a lengthy email exchange with his former band members but the only thing that they managed to do was to rearrange the songs in some new order and to discover some ingenious bits on tapes, which they had recorded in a garage. There are even video recordings of their show but I find it hard to recognize those skinny boys in today’s well-rounded men. For a while the husband even composed music for films but with Croatia producing five films per year, this is not much of a career. Besides, it used to torment the husband that they kept turning the level of the music down for some actor to cough, splutter or light a cigarette. Displeased, he returned to his rock roots.

In his every spare moment I can hear him hum the Zeppelins or Hendrix. Perhaps that’s his subconscious resistance to his father, who became famous in Croatia for writing easy listening, ballads similar to the ones Naples is famous for. Spring, winter, summer or fall, the husband always wears a leather jacket. I have to give this to him though: he doesn’t have a single tattoo, doesn’t wear ear-rings and he gets his hair cut regularly. He is a melancholy and devoted rock musician; there is something almost religious, hopeless and final in his everyday practice. The town we live in is a surprisingly quiet place—you can count the places that play live music in on the fingers of one hand, while clubs blast techno music. There are only hints of rock and roll.

SYNTHESIS WITH A FEMALE SINGER

This summer, in a picturesque little coastal town with a citadel and a promenade, I was a member of a jury in one of the endless contests for Miss Something-or-other, and while I was trying to work out which of the girls I found the prettiest a folk musician came onto the stage and started wriggling as ferociously as if she was hit by a nasty bout of stomach cramps. I can still remember her bronzed legs in white sandals and the skirt, which kept opening like a flower. The male members of the jury instantly started smirking because the singer could perfectly move one breast irrespective of the other and act an orgasm as if she’d just watched When Harry Met Sally. But I, a slave to words, actually listened to what she was singing (always about men who are about to leave having repeatedly cheated on her) and wondered if there is any hope for rock music in this country of wriggling singers who offer erotic dreams instead of music. If so, where could my husband find a sensible singer who wouldn’t see wobbling of breasts as her main task, since I, the stern wife with tightly clenched lips, wouldn’t like to have somebody like that in my flat, especially if she and her D-sized bra were to spend endless hours with my husband in a tiny room with cork-covered walls. But, the synthesis between a Syrtaki-kitten and my husband’s dark music could potentially yield a CD which just might make it to the top of the pops. Which, I’m sure, the husband wouldn’t mind. And with time, perhaps, even I could find my peace.