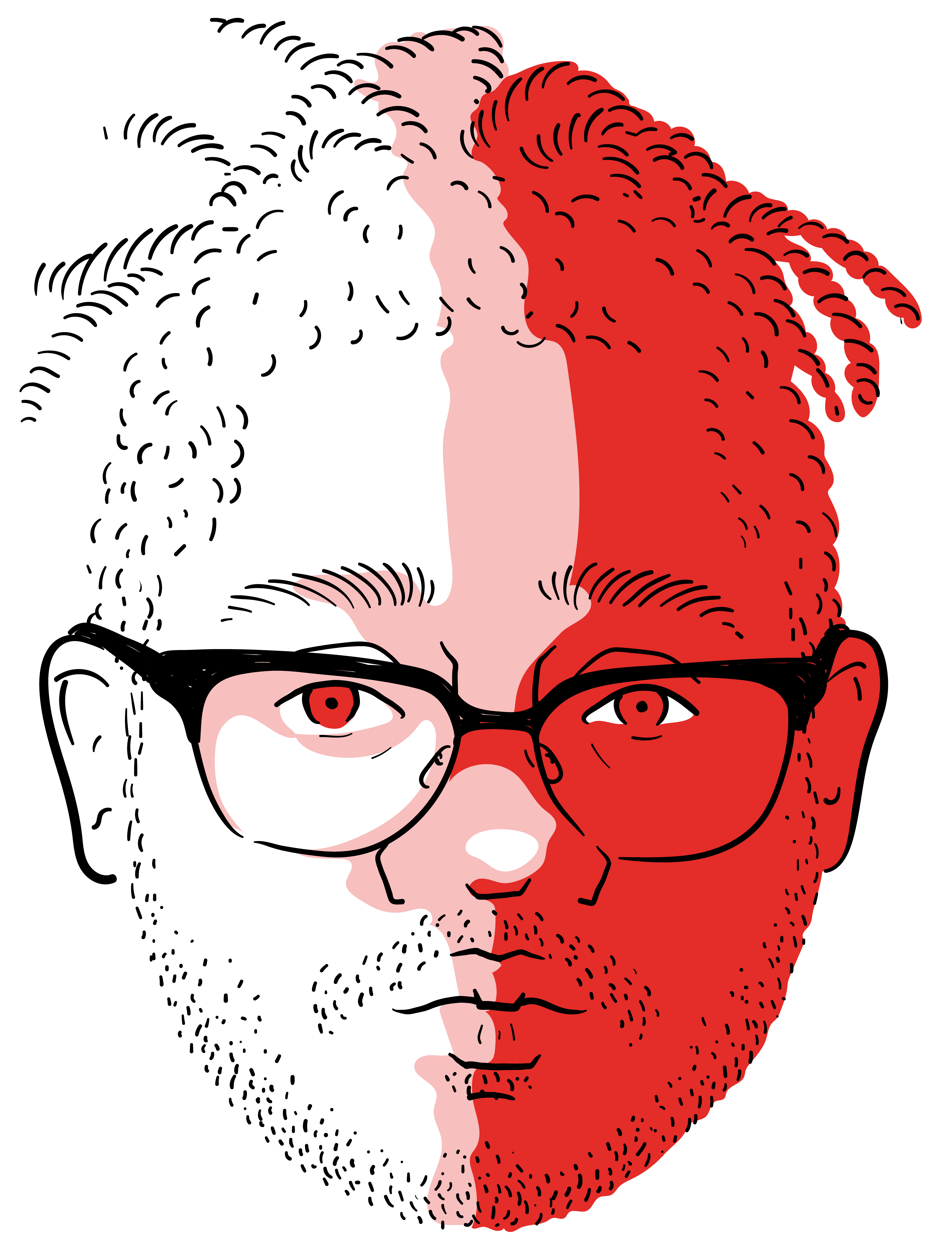 Lately I’ve found myself playing games about survival:
Valheim and Minecraft, for example, the kind of video games that make you confront your character’s inherent frailty again and again. At least at first. In both games—and in most of the entries in this genre, like No Man’s Sky, Rust, and Don’t Starve, to name a few more—your character is dropped into a randomly generated wilderness, and your only real mission is to stay alive. Over time, the rules and systems of the world reveal themselves. You begin to understand how to dodge and block in battle with a computer-generated enemy, and then how to cook a meal for yourself with its body parts.

Sooner than you think, you’ll have re-created the vital parts of civilization; it starts with the comforts of home and spirals outward from there. You might find yourself needing a shed for your crafts, which may turn into a building with a yard, which could become a several-story edifice with specialized rooms for different materials. You’re limited only by what you can imagine.

In many of these games, death isn’t the end. Avoiding it isn’t even really the point. Valheim takes place in a Norse world, and you are a Viking resurrected by Odin to prove your worth to the god himself. It’s inevitable that you’ll die while exploring and trying to make yourself stronger. But when you do, you can return to where you fell and retrieve everything you were carrying at the time. The game makes death mostly painless, which allows for smoother play; that lack of friction can make you feel closer to Valheim’s heart. Eventually you’ll build the things necessary to explore farther into the wilderness, where mere survival becomes hard once again. Some games, like Don’t Starve, add stakes to survival: in these, death is permanent, and when you die, it’s time to start an entirely new game. (Minecraft allows you to choose whether or not you want to play in hardcore mode; one of that mode’s features is permadeath.)

I’m stuck on survival games because I like the idea of playing around in a randomly generated world where what initially seems like chaos resolves into order, as both an application and a consequence of the game’s underlying logic. Every bit of disorder is generated by a mathematical seed. Valheim is a little like Minecraft for adults, if you replaced Minecraft’s iconic blocks with hazy textures and prismatic particle effects, and substituted its spelunking for a tour of Norse mythology. Crucially, you can build anything in both. And people do.

I don’t have to tell you that IRL reality doesn’t always make sense—and, in fact, rarely feels meaningful at all. In daily life, there’s no formula that transmutes effort, for example, into reliable success; unlike in games, which are designed, opportunity is unequally distributed. And in their controlled randomness, survival games come close to replicating the unmanaged chaos of real life—which might be another way to say serendipity. Try as the developers might, though, games aren’t a perfect copy of what living is like. A survival game’s hook is its premise: Could you really survive on your own? When presented in a game, this is a defamiliarized version of the question we wake up with every morning: How to survive another day? But unlike in your life and mine, a game’s rules mean the challenge is fun instead of existential.

The other day I played through a narrative horror game called Deliver Us the Moon, which begins on a barren, desertified Earth wracked with dust storms. Your character plays the final astronaut, whose mission is to return to the moon to figure out why the power station there—whose energy humans on Earth have been using to survive—has suddenly stopped working. The story unspools over the course of five or six hours and includes many environmental puzzles on the moon itself; eventually, by examining the records of those who came before, you come to understand who you are and what happened to the station. The answer is by turns bleak and mundane: the man who ran the moon base made an executive decision. But the story ends in a burst of hope anyway.

Deliver Us the Moon isn’t a survival game. It is, however, a game about living on a hostile, blasted Earth and trying to figure out how to make life worth living. The survival games have some of this same energy, even as they’re less strictly narrative and more about the experiences that emerge from living in an inhospitable environment. The gap between the two—between survival and horror—isn’t as large as it seems, though. If survival games are prelapsarian, then horror games are post-. The middle, between the before and the after, is where we find ourselves suspended.

If you’re reading this, you’ve survived some of that middle. Or maybe this is an after; the pandemic was a chrysalis or a time machine that got us from one state to the other. In other words, you’re alive and you continue to live—which is a trite sentiment, maybe, but in light of the last year, remarkable nonetheless. Where we find ourselves now depends on the work we’re willing to do while we’re still here. It is, after all, the future’s job to place us in history, because the future is a living document of what has survived.

A Review of: Bouvard and Pecuchet by Gustave Flaubert