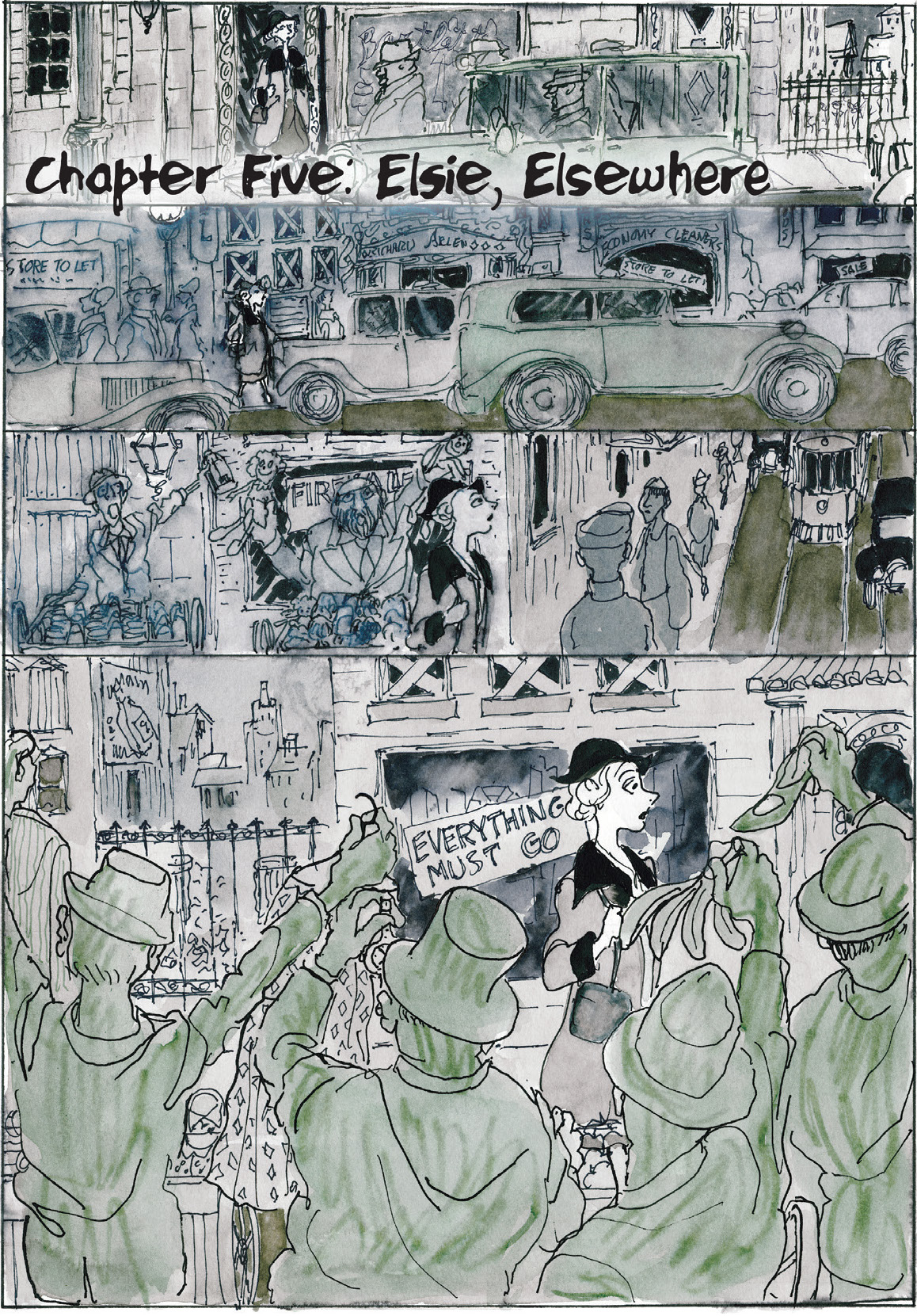 When they first appeared in the Village Voice, in 1956, Jules Feiffer’s cartoons didn’t look or read like anyone else’s, but the expressive looseness of his figures, the characters’ elaborate verbal humor, and Feiffer’s sardonic wit have shaped comics ever since. Feiffer has written movies, plays, musicals, novels, children’s books, and a memoir, in addition to illustrating numerous books, but his first great love has always been the comics he devoured as a child. He wrote about this passion in his acclaimed 1965 book of comics criticism, The Great Comic Book Heroes; his newest book, Kill My Mother, is a noir graphic novel that celebrates what inspired the cartoonist.

THE BELIEVER: You dedicated Kill My Mother to many of the people who defined noir, but the first name on the list is probably the least well-known. How did Milton Caniff and his comic strip Terry and the Pirates influence you?

JULES FEIFFER: One of the shocks to me—who grew up in the 1930s where Caniff was number one, and the most publicized and glamorized of all cartoonists working at the time—is that in subsequent years, to subsequent generations, even to young cartoonists, he seems to be unknown. He invented so many of the traditions that the form follows. Along with Will Eisner, I consider him the greatest of all the storytellers.

BLVR: I kept thinking about the comic strip, particularly those big Sunday strips, as an influence in terms of how you structured this book.

JF: Oh god, yes. My favorites as a kid were the adventure strips in the newspapers, particularly Terry and Eisner’s Spirit. That was my education. As I read them, I tried to analyze them—not just Caniff, but Al Capp, who I also admired. I was fascinated by the different styles of storytelling used. I was in love with the adventure strips, but when I came of age, it became clear I didn’t have the drawing style or chops or the facility with a brush that allowed me to go into this field.

BLVR: When you say “facility,” you mean stylistically?

JF: I could not draw in a realistic manner convincingly. I could not use a brush—which was then the preferred tool for cartoonists—with any real facility. My style was sloppy. I couldn’t make it look authentic—or the way I defined authenticity, based on the work of the people I admired. The more I tried, the less I succeeded.

BLVR: Is that all it takes?

JF: What really changed is, all those years, without knowing it, after I began illustrating children’s books—my own and others’—I learned to draw in ways that I hadn’t known how to before. Because the books demanded them. Because the stories demanded them. I didn’t know I could draw in this way until I started to do some sample pages for Kill My Mother. I was convinced someone else would have to illustrate it.

BLVR: When you drew the book, did you use a brush or a pen?

JF: In the intervening years, what was developed was a kind of brush pen, which looks like a brush and has some of the flexibility of a brush but isn’t a brush. I can use it like a pen. The brand is Micron. That was a lifesaver.

BLVR: Chapter 5 of Kill My Mother consists of three pages in which Elsie, one of the main characters, is walking through the street and then goes up to her apartment. It jumped out at me as very un-Feiffer-like.

JF: Why is it un-Feiffer-like? I don’t disagree with you, but I’m curious why you think that.

BLVR: Your work is defined by dialogue and the physicality of the characters, and here it’s all about backgrounds, details, atmosphere, and setting, in a way I’ve never seen in your work before.

JF: What she walks through is a version of the Great Depression, much of it as I remembered it from my own childhood, but much of it remembered from Lower East Side movies made by Warner and other companies. As I say in the acknowledgments, Turner Classic Movies were an enormous help, because I went out and bought a sixty-five-inch screen and they were always playing movies from the ’30s. I recorded them. I’d find what I wanted and push the pause button and do a series of sketches. Unlike my strips, which were all dialogue, I didn’t need backgrounds. I didn’t want backgrounds. Backgrounds got in the way. But if you do noir, you’ve got to do backgrounds. The atmosphere is as important as the characters, and the atmosphere completes the characters.

BLVR: You spoke earlier about how you felt your style wasn’t enough for world-building, but this is you doing just that

JF: This was a deliberate attempt. Early on in my drawing of the book, I thought, OK, I’ve got to bite the bullet: every page I start, I know I’m incapable of drawing. So let’s take this at its most difficult and see if I can pull this off. The visuals were compelled by the logic of the storytelling. She had to be walking through the street. We had to see what was on the street. We had to see something of who and what she was as she walked, because she was going to go upstairs to her apartment and discover that her daughter had run off, leaving the place very messy, as kids do. All of that was a way of establishing her character as the lead of the book. Up until then, you might well have thought it was a book about the private eye.

BLVR: What’s amazing is this sense of uncertainty you had.

JF: I was working in a realistic style that I’d never done before, and the reason I hadn’t done it before was that there was ample evidence in my youth that I was lousy at it. I was so scared shitless of attacking each page that I found other things to do. Finally seeing that all the pages I thought I wasn’t qualified to do turned out great, I understood that this was my own insecurity and had nothing to do with the reality of the situation.

BLVR: You couldn’t relax or fall back on how you’d worked in the past.

JF: I couldn’t relax for a minute. When I did the actual drawing, you can’t do those figures and all that art and not be relaxed. When I say I didn’t know what I was doing, I’m talking about the atmosphere: the stores, the streets, the cars. I’d never drawn a car in my life. I’d never drawn an airplane. That was my first airplane, in that book. In terms of the figures, I’ve just taken it for granted for many, many years that there’s nothing I can’t do with the human figure. I can put it in any pose without referring to swipes, as we call them—photographs or needing to have people pose. I just know what it’s going to look like. I don’t even know it in my head; I know it in my fingers. My fingers can do it and come up with constant surprises to make the gesture a little off-center and a little more interesting than the conventional. That’s what I do and that’s what I love doing. If anything is easy for me to do, that’s the easy part. The hard part is hairstyles. I don’t know anything about clothing. I don’t know what shoes look like. I don’t know what handbags look like. Those I have to have in front of me, or I have to have swipes, but the human figure—I’ve never had a problem.

BLVR: How does it feel to have completed a graphic novel, a whole new form for you?

JF: I cannot describe the euphoria this exercise has given me. Truly, in a sense, it’s a new lease on life and a new lease on work. My interest in writing plays has diminished entirely. I just want to do this from now on, and the occasional picture book for kids. I’m at work now on a sequel to Kill My Mother, which will be a prequel in part 1 and a sequel in part 2. It’s a ball.