Toward a Theory of Surprise 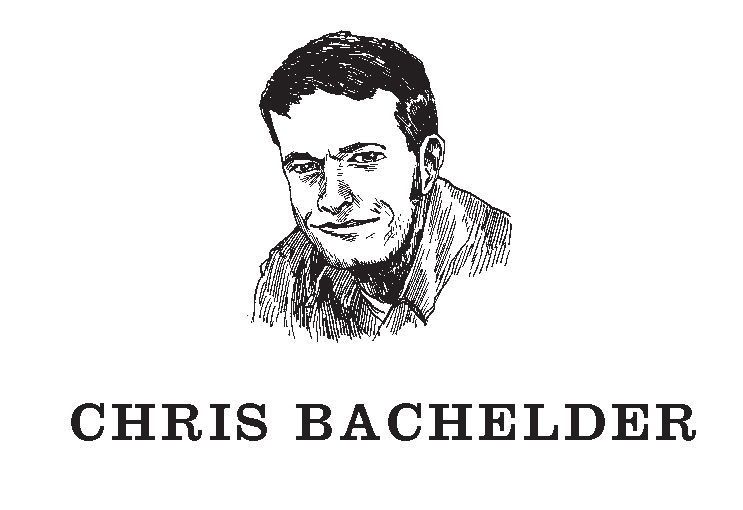 Three mornings a week I drop off my three-and-a-half-year-old daughter at her daycare center. We have a routine. First we read a book, then we hug, kiss, high five, and wave before I leave. That’s how every drop-off goes. One recent morning she squirmed throughout the book, distractedly performed our separation ritual, then stopped me from departing by grabbing my wrist. She leaned sideways at the waist and with her other hand gripped the back of her knee. “Dad,” she said, “there’s something weird in my leggings.”

I turned her around and felt the back of her leg with the tips of my fingers. Sure enough, there was something weird in her leggings. The weird something was small and hard, seemingly unattached to her skin. It felt like a stone, a piece of gravel. In half a life how many rocks have I pulled from my socks? The adult mind settles quickly.

“What is it, Dad?” my daughter asked.

With my right hand I reached down the back of her leggings and pinched the object that I had previously secured from outside the leggings, in effect passing the object from my left thumb and forefinger to my right thumb and forefinger. My daughter was curious but not, it seemed to me, impatient or at all embarrassed to have her leggings searched in a crowded room. Nobody in the room—parents, teachers, children, hamster—regarded us with any interest whatsoever. This was standard invasive adjustment. I removed my hand from my child’s leggings so that we could see the object. It was not a rock. Between my thumb and forefinger I held a triangular shard of an oats and honey granola bar.

“Whoa,” my daughter said, and we both laughed. We hugged, kissed, high fived, and waved, and then I left.

The startling conjunction of granola bar and leggings can be explained but could not be foreseen. My discovery was arresting but not baffling. (In a rush that morning, we dressed my daughter in her chair at the table, where she was eating a granola bar….) The moment was poignant for its suggestion of possibility, of ever-lurking oddness. My daughter and I had established a rote drop-off sequence but then a sharp piece of breakfast punctured our routine and our morning was illuminated, made wonderful. How many types of drop-offs might there be? How many variations and interventions? Life with young children is full of such unusual associations and combinations, both joyful and disquieting. (I once clipped a tiny sharp crescent of my daughter’s toenail directly into my eye; my daughter once called a tampon a cheese stick; my wife once unknowingly spilled some olive tapenade on our daughter’s infant head and then thought, for a horrifying instant, that the child’s brains were leaking.) It may sound paradoxical, but these peculiar moments with my daughter often feel familiar. The reason, I’ve come to suspect, is that the vivid surprises of child-rearing seem so similar to the vivid surprises of good literature. Donald Barthelme wrote that “the combinatorial agility of words, the exponential generation of meaning once they’re allowed to go to bed together, allows the writer to surprise himself, makes art possible, reveals how much of Being we haven’t yet encountered.” Is there a better one-sentence defense and explanation and manifesto of art? It is combinatorial agility—not just of words, but of sentences, paragraphs, images, objects, events, concepts, and characters—that generates, startles, and reveals.

I’m thinking here of Daisy crying stormily over the shirts that Gatsby tosses onto a table in a soft rich heap. These are shirts, Nick tells us, with stripes and scrolls and plaids in coral and apple-green and lavender and faint orange, with monograms of Indian blue. “They’re such beautiful shirts,” Daisy says, sobbing into their thick folds. “It makes me sad because I’ve never seen such—such beautiful shirts before.” The scene connects a rich guy’s wardrobe and turbulent emotion—beauty and sadness—in a surprising (but not inexplicable or mysterious) causal relationship. Like most literary surprises, Daisy’s reaction to what Nick calls the many-colored disarray seems correct, even inevitable. If Gatsby’s shirts made Daisy speak in tongues or punch Carraway in the gut, we would be surprised, all right, but not convinced or moved. Or consider Isaac Babel’s “First Love,” a story that conjoins delirious desire and genocide, and that contains this sentence: “For five of my ten years I had dreamed with all the fervor of my soul about having doves, and then, when I finally managed to buy them, Makarenko the cripple smashed the doves against the side of my face.” Bird and face, peace and violence, passion and pogrom—juxtaposed, smashed, improbably but credibly.

Surprises are, in their effect and regardless of content, instruments of wonder and spirit. A surprise lifts aliveness toward consciousness, where it does not (and cannot) permanently reside. There are many reasons to read literature, of course. One very good reason to read literature is to be surprised. In reading, we perform the nearly oxymoronic feat of seeking surprise.

One of my daughter’s favorite books is called Neighborhood Animals. I wish the book had a counter in it, like a website, so that I could see how many hundreds of times we’ve read it. I know this book. Certainly it must be among the least surprising objects in my home. When my daughter chooses Neighborhood Animals, I have the impulse to flee the house and check into a rental cabin under an assumed name. I mention this simply so that you will not presume that I am at all vigilant or attuned. I am no sensitive instrument of detection. But you cannot, of course, be prepared for surprise. A surprise is surprising, in part, because it pierces inattention. It is the opposite of boredom and mindlessness, and for this reason it is nearly always a gift.

One Saturday morning a few weeks ago my daughter brought me Neighborhood Animals, and she opened it to the first page (“Is that a dog in the park?”). My pulse slowed to hibernatory rate and I struggled to remain conscious. “A dog has an amazing sense of smell,” I mumbled. “It can tell what people and dogs have been here even after they’re gone.” My daughter sat up straight, held her hand on the page so that I could not turn it. She faced me, her wide eyes filled with a question I wasn’t equipped to answer. Then she asked—because, you see, my family lives in Amherst, Massachusetts, and because my wife and I have often driven by Emily Dickinson’s house and pointed it out to our daughter and because we have heedlessly said, “There’s Emily’s house,” and because naturally our daughter at some point began asking about Emily (“Is Emily there?” “Where’s Emily?” “Can we see Emily?”) and because we cringed at each other and were forced, eventually, to say that Emily is not there anymore, she’s gone, she’s been gone a long time, which of course did not satisfy our daughter (“Where is she?” “Where did she go?” “Did she move to a new house?”), and because then, backed into a terrible parenting corner, not wanting to introduce the concept of death to a young child but not wanting to evade the issue or to construct some monstrous euphemism that amounts to prevarication or to say of Emily what one evangelical dog trainer once told our obedience class that she told her young child when the family dog died, i.e. that it was now “running in a field with Jesus,” we talked, my wife and I, and we agreed to tell our daughter that Emily Dickinson was dead, that she had died a long time ago, that people die when they get old, that they stop being alive (“Like a toy?”), Emily Dickinson at this point in our family becoming, unforeseeably but logically, a pedagogical tool, a synecdoche, denoting nothing less than mortality and the human condition—“Dad, can dogs smell Emily?”

If ever there were an appropriate time to use the word frisson, this is it. There is, however, no appropriate time to use the word frisson. I’d prefer to call my daughter’s question a surprise, but not a spider-in-the-shower kind of surprise. It was literarily surprising, which is to say it had a large tonal blast radius. I was struck with delight and sorrow, simultaneous and in equal measure. Had my brain been hooked up to the kind of imaging system that is so prevalent and authoritative in our time, I’m certain that some small, desiccated region of my cognitive complex would have glowed like billowed coal. This is the region that handles poetry, metaphor. The region that is in charge of reconciling the irreconcilable, the tiny, underdeveloped region whose impossible job it is to remember the terms of human existence. This is also, I would wager, the region of my brain that heats with dark blood each time I read Denis Johnson’s “Car Crash While Hitchhiking.” A man has died a terrible death. He’ll never live again. His wife, now a widow, is notified in the hospital. Says Fuckhead, our narrator: “What a pair of lungs! She shrieked as I imagined an eagle would shriek. It felt wonderful to be alive to hear it! I’ve gone looking for that feeling everywhere.”

An Interview with Hari Kunzru