What the Swedes Read: Rudolf Eucken 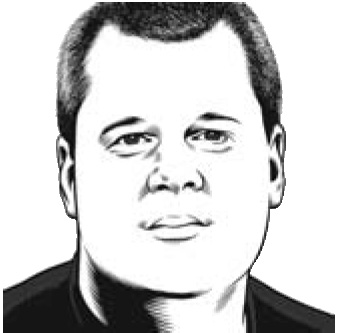 What’s your philosophy of life? Oh, you don’t have one. Maybe you have a witty aphorism—mine is “Never refuse a breath mint”—you can bandy about when someone asks you, and you likely have a set of moral beacons lying around somewhere, religious and political and aesthetic ideas that pop to the forefront when you’re in some sticky fix. But you don’t have a wide-screen philosophy of life, built on a thoroughly vetted set of abstractions, do you? Of course not. You’re busy. There’s stuff to do.

Philosophy requires the contemplation of abstractions, which makes it the headiest of luxuries, indulged in by people who either have someone else to pick up their dry-cleaning or who dress in clothes that never need to be dry-cleaned. The rest of us generally get our musings about who we are, why we’re here, and what we ought to be doing, wherever and whenever we can. The philosophy I hope you have, for instance, of treating people decently, didn’t come from sitting around in isolation thinking over human behavior; you learned it from something specific. An adult said, “Give the truck back to Loretta,” or a book told you, “There once was a Samaritan,” or Michael Bolton asked, “How can we be lovers if we can’t be friends?”

Philosophies of life, representations of human life as a whole, surround us today in abundance and court our adherence. The fusion of rich historical development with active reflection gives occasion to the most diverse combinations and makes it easy for the individual to project a representation corresponding to his circumstances and his mood. Thus, today, the philosophies of life of individuals whirl together in chaotic confusion, gain and lose the passing favor, displace one another, and themselves change kaleidoscopically. It is not the concern of philosophy to occupy itself more closely with opinions so accidental and so fleeting.

Here we are on page three of Life’s Basis and Life’s Ideal, one of the major works of Rudolf Eucken, 1908 winner of the Nobel Prize in Literature. The Swedes have given the prize to a philosopher a small number of times, which seems sound when you think about it, but not necessarily when you have stacks of books in your office as part of a harebrained scheme to read one book by each Nobel winner and some of them are called things like Life’s Basis and Life’s Ideal. I prefer to investigate life’s basis and life’s ideal in some allegorical or metaphorical form—a good story, an excellent poem, that episode of Firefly where they rob a train. A book that promises to lay things out straight feels like a person asking you if you really want their honest opinion. Why not couch it a little?

Eucken couches nothing. His work is a long search for a philosophy that welcomed the dissolution of long-held truths—mostly religious ones—while casting an equally wary eye on the brash new ideas involving adherence to the state or the natural world. He’s suspicious of receiving moral clarity from the animal kingdom or by human creations, but he’s not willing to call for a return to old superstitions. This is a predicament worth chewing over, both in a modern context and when you think about a pre–World War I German philosopher getting nervous about the state getting too uppity. But it’s also a predicament Eucken explores in some 350 pages without once giving us a noun any more specific than man.

This got me fidgety when I started. The reading of that paragraph, for instance, made cartoony question marks appear over my head with alarming frequency, as so:

Philosophies of life, representations of human life [representations?] as a whole [wait, as a whole? like, everybody? or just abstractly?], surround us today [really? oh, wait, it’s 1907, so maybe?] in abundance and court our adherence [adherence? you think so?]. The fusion of rich historical development [access of information? the Industrial Revolution? what?] with active reflection [“active”? thinking hard? hardly thinking?] gives occasion to the most diverse combinations [the most?] and makes it easy [wait, because of rich historical development and active reflection? what are those, again?] for the individual to project a representation corresponding to his circumstances and his mood [so his philosophy changes according to his mood because there are so many disparate examples floating around? and this didn’t happen before?]. Thus, today, the philosophies of life of individuals whirl together in chaotic confusion [isn’t “chaotic confusion” redundant? I mean, not to nitpick?], gain and lose the passing favor, displace one another [how?], and themselves change kaleidoscopically [wait, if they’re all changing then how can they displace one another? or do you mean “kaleidoscopically” as a more literal metaphor, i.e., that things aren’t really changing much, but just look like it?]. It is not the concern of philosophy to occupy itself more closely with opinions so accidental and so fleeting [OK, but you’re the one calling them “philosophies,” so isn’t philosophy concerned with “philosophies,” and sweet Jesus are we still on page three?].

This, obviously, is no way to read a book. I knew this, that my tribulations with abstract language in Eucken were the equivalent of complaints that everybody in the Shakespeare play talks all flowery-like. Even by the standards of philosophy, Eucken’s style is endlessly indefinite, but that’s the price of admission. So I took that admonition of his—that his line of work meant not occupying oneself with opinions so accidental and fleeting—and stopped looking for specifics. I left my house, so I couldn’t read up on idealism or the state of philosophy in 1908 or what Eucken said when he accepted the award, which wasn’t helping. (“Man no longer needs the escape to an invisible world in order to find and realize exalted goals. These facts are indisputable.”) I sat and read in a café I reserve for difficult assignments, one utterly devoid of distraction. I stayed four hours. The snarky voice of chaotic confusion vanished from my head, and I listened to Eucken’s search for meaning, which seemed all the more poignant as he refused himself even a single story, one specific example, for fear of muddying his careful, precise considerations. And it worked. I fell into contemplation right alongside Eucken, finding ill-fitting and even offensive the old laws of religion, but also wondering if my own newfangled ideas were just glitter and paste. By the end of the afternoon, I was overcaffeinated but ecstatic. I can’t promise that I did more than grasp the hems of the enormous ideas Eucken puts into play, but I’d spent time with them, these huge abstractions that made my own guiding principles, my own philosophies of life, seem hopelessly flashy and meager.

I have an assistant, I should add, who picks up my dry-cleaning.

The Way We Treat Them

An Interview with Julie Delpy