What the Swedes Read: Odysseus Elytis 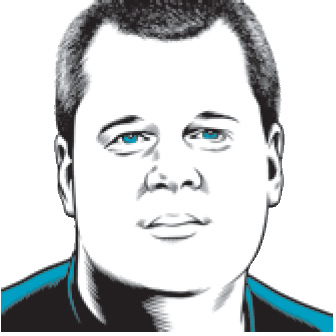 Before diving into the poetry of Odysseus Elytis, let us talk, you and I, about Hesperus. Hesperus, a.k.a. Hesperos, pops up in Elytis’s work, and it’s been a few years since I cracked open my Edith Hamilton, so I was a little fuzzy on this figure from Greek mythology. I did a little digging and, as many people do when they do a little digging, fell into a hole. Turns out Hesperus is the Evening Star. It turns out the Evening Star is Venus, and Venus, even I remember, is the Roman counterpart to the Greeks’ Aphrodite. It turns out Hesperus is the son of the dawn goddess, Eos, a.k.a. Aurora, though he’s not the kid Eos had with Astraeus. That guy is Phosphorus, although, funny story, the phrase “Hesperus is Phosphorus” is a classic illustration of the apparently well-known philosophical gambit Frege’s Puzzle, which is about the semantics of proper names. None of this rang a bell, because it turns out that I had been confusing Hesperus and Hephaestus—speaking of the semantics of proper names—and they’re totally different guys, Hephaestus, a.k.a. Vulcan, being the Greek god who does a lot of blacksmithing and is often pictured wandering around with tongs. Hesperus, meanwhile, doesn’t get a lot of mythological glory. Digging further via Hyginus’s Fabulae, a long, myth-packed tome I’d always meant to check out, I found that Hesperus’s claim to fame appears to be that his daughter threw herself into the ocean when her husband died, and the gods changed them both into halcyon birds (a.k.a. kingfishers) and, long story short, that’s where we got the phrase “halcyon days.” So when I read the following lines of Elytis’s poem “I Know the Night No Longer”—

I know the night no longer, the terrible anonymity of death
A fleet of stars moors in the haven of my heart
O Hesperos, sentinel, that you may shine by the side
Of a skyblue breeze on an island…

—I realized that the poet was making a reference to the son of the dawn goddess, star of a popular philosophical puzzle, whose daughter helped coin a phrase for when things are going pretty well.

How much does one need to know? This is something that haunts me. When I sit at my desk, I have in front of me a laptop computer, which connects me to the Web, wherein I can find things like brief synopses of Frege’s Puzzle and the entire text of the Fabulae rendered into searchable, readable English. Behind me on a shelf are all twenty volumes of The Oxford English Dictionary, and it is not uncommon to find me, when working on these columns, stretching my hands across the wide expanse of paper of a single opened volume to type something into a search engine that might send me back to the OED. The Web is quick; the dictionary is wise. I’m the weak link. It is me, dreaming wrongly of a pair of tongs, caught in the crossfire of endless information, and I stopped midway through the list of queries I had flagged in my copy of The Sovereign Sun when I found myself literally pushing the poem aside to delve deeper into the world of Hesperus. Out of my way, poem! I’m trying to understand you! Surely my loopy research was a disservice to poem and reader alike.

The Sovereign Sun is a broad selection of Elytis’s poetry, translated and with an introduction and notes by Kimon Friar—and boy oh boy, we’ll get to the notes in a minute—published a few years before Elytis won the Nobel, in 1979. It surprised me that the volume had been completed before the prize was awarded, because as far as I can tell, Elytis had a pretty low international profile prior to the Nobel announcement. This charms me, as it would charm me if the next American winner wasn’t one of the expected ones—John Ashbery or Philip Roth—but a poet nobody’d bet on. (Mary Ruefle, here’s hoping.) Elytis’s work, too, charmed me. Odysseus Elytis is, you’ll never guess, from Greece, and his poetry has the enormous, abstract ambition of the Greek literary tradition. To say this style is currently unfashionable would be a Herculean understatement, and it was fun to read poetry that is unafraid to go big, in an era in which just writing poems often counts as ambition. “O maiden” is not an unusual turn of phase for him; if there’s an opportunity to write “Hesperos” where “evening star” might do, this poet’ll take it. Elytis cut his teeth hanging with the surrealists in France, so his invocations of ancient traditions feel slightly askance—but nevertheless they are invoked. The Axion Esti, generally regarded as Elytis’s masterpiece, is excerpted in the book. It is a commingling of the autobiographical, the biblical, and the Byzantine, and I found it Byzantine as in “really complicated” rather than “relating to the Eastern Orthodox Church.” I was more entranced by a long love poem called “The Monogram,” which has a sad ending that’s both simple and brutal:

That repeated, italicized in Paradise prompted me to look at the translator’s introduction, wondering if more information might further invigorate my appreciation. On “The Monogram,” Friar says,

The poem is in seven parts, each consisting of seven lines or of multiples of seven which increase to the central part IV (containing 49 lines) and decrease analogously to the last part… Furthermore, although the counterparts have equal numbers of lines, these are arranged in different stanzaic and self-balancing units. In turn, these multiples form in the mind’s eye a satisfying harmonious square balanced on one of its corners…

No, Mr. Friar. What they form in the mind’s eye is wanting to slap you with a large fish. It was time to push away the translator and my own feeble research and to read the poems plain. This worked for a while, for instance, when starting to read the poem “Little Green Sea”—

—lines I admired for their naturalism (that’s the Hellenic tradition) and their strangeness (that’s Elytis’s Paris years). I knew that I was likely missing something in not knowing much about Ionia, but those statues holding the air were so marvelous to think about that I didn’t care. But then the poem ends with the phrase “fragments from Herakleitos.” Herakleitos. Right. A philosopher, I’m pretty sure? Ah yes, the computer is reminding me. “The weeping philosopher” was one of his nicknames, because he might have failed to finish some of his works due to melancholia. The dictionary reminds me that melancholia literally means “black bile” and is characterized by ill-grounded fears, and, please, won’t somebody tell me again how much of this I am supposed to know?