What the Swedes Read: Saint-John Perse 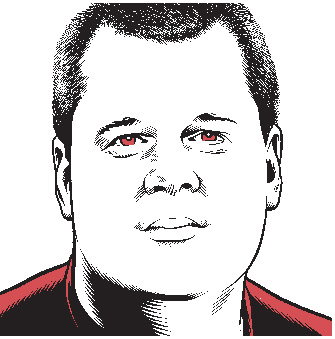 This issue contains the first of a new column written by Daniel Handler. For each installment, he’ll read and write about one book by each winner of the Nobel Prize in Literature. When he’s done, the Believer will throw a party in Stockholm to celebrate his achievement. We’re pretty sure this will be in 2025, but keep your calendar open.

If you want to sell me on something, tell me it’s important. Call a novel interesting and I’m interested, but call it the masterpiece of the greatest Basque novelist of the nineteenth century and it’s on my bedstand before you can say “criminally overlooked.” I’ve read books by the most influential of Louisiana poets, the greatest postwar Western European essayists, and the most powerful Islamic women novelists of their generations, and when I’ve disliked them I’ve sometimes re-read them, so convinced that my skills aren’t up to their stature, rather than vice versa. It’s a bit silly, but I can think of no less silly way of deciding what to read.

This is presumably how Seamarks, by Saint-John Perse, ended up in my home. I don’t have a clear memory of buying it—I’m voracious, impulsive, and ­occasionally tipsy in bookstores—and it sat in my pile for months ­before I took it down to frown at it. Never heard of the guy or his book. Paul Rand’s cover designs are alluring but not always a sign of literary quality. Nevertheless
I started right in, on the English side of the bilingual ­edition of this book-length poem about the sea:

And you, Seas, who have read in wider dreams, will you leave us one evening at the rostra of the City, in the centre of the public stone and the bronze vine leaves?

Larger, O crowd, our audience on this versant of an age without decline: the Sea, immense and green like a dawn to the orient of men,

At this point I paused and thought some of the things you are thinking now. For instance, Whuh? Or perhaps: Ah, France. And: This is what people who don’t like poetry think of when they think of poetry. Or even: This is why there are so many people who don’t like poetry. And: Remind me what rostra and versant mean, again. (“A big platform in the town center,” and “the area of a mountain’s downward slope,” respectively.) I turned the book over quizzically, the way we do when we’re puzzling over its contents. And that’s when I realized why I’d bought the thing, and why I’d keep on reading it: on the back it said that in 1960, Saint-John Perse was awarded the Nobel Prize in Literature.

Literary prizes are odd creatures. They have boundaries and restrictions, which runs so contrary to the way ­literature lurks in the brain. You read a book and maybe you like it and maybe you don’t. You might compare it to other books, but likely not with any specificity: You might prefer one novel about a desperate family to another, or prefer one collection of blank verse over the one you read before, or you might think that these stories remind you of another author’s, except with sadder endings. A part of a book might remind you of a part of another, or of a painting or a movie or something that happened to you. But you wouldn’t consider whether the book was the best one by a British woman published this year, or the best biography published in America in 1994—the exact way most prizes are evaluated. I’ve been on prize juries myself, and there was always a great sigh of relief when a book we were considering turned out to be ineligible for one reason or another, because it meant that instead of laying it next to the other books with a measuring tape in hand, we could just let it settle in our brains any old way—that is, we could read the book the way people are supposed to read books.

Still, I’m in favor of prizes. I remember attending a literary festival where Anne Enright was giving a reading. When it was scheduled, it was just another event among many, but in the interim she’d won the Booker Prize and now the line was out the door. It was a glimpse of the dream of literature, and the fantasy of every writer—not (just) fame or recognition, but an immediate and eager audience for a piece of work. Any friend of literature cannot be displeased to get on a plane and see six people reading The Brief Wondrous Life of Oscar Wao. Looked at this way, a literary prize is simply a louder version of what happens between everyday readers recommending books they like and arguing the merits of one over the other.

These are always slippery conversations, and the Nobel Prize seems the slipperiest. It honors an author, not a specific book, and the only restriction is that the author has to be alive at the time of nomination. The mind boggles at how a process of choosing a winner is even possible. Issues of translation, different ways of looking at a large body of work, cultural and political contexts from insiders’ and outsiders’ points of view, regional ideas of what literature even is—every single literary issue would need to be considered by jurists, but they wouldn’t have time to discuss such things because they’d be busy reading absolutely everything.

There’s clearly all sorts of political cloak-and-­dagger going on, which the Nobel organization is rightly mum about, and then whenever there’s a winner there’s an embarrassing flurry in the literary press, when various critics pretend they’ve been big fans of Elfriede Jelinek or Gao Xingjian all along and are just remembering now to talk about them. But none of that really interests me. What interests me are the books. The Nobel Prize in Literature is often razzed for whom it’s missed—Tolstoy! Proust! Joyce! Nabokov!—but when I peruse the list, there are so many indisputable geniuses—Yeats! ­Beckett! Faulkner! Mann!—and so many surprising-at-first-but-then-perfect choices—Saramago! Singer! ­Sartre! Márquez!—that I’m sold on the whole endeavor. There are authors I’ve never heard of, and authors I’ve tried and failed to read. Now I’m going to read all of them. The rules are, one book per author, no re-reading. Minimal contextual research, i.e., Wikipedia. Sometimes the committee cites a specific work, so I’ll read that one; otherwise, I’ll read any work originally published before the prize, with a vague eye on finding one everyone says is the one to read. Collecteds are OK for poets. I’m reading them in English because that’s the only thing I can read. I’m not reading them to evaluate them for prizeworthiness. I’m just going to take that at face value. I’ve been told they’re important. I’m just going to read them. One hundred and seven authors have been Nobelled so far. How could it not be a wondrous list?

Seamarks is an accidentally perfect first choice, ­because the problems of reading, let alone understanding, a translated work are abundantly and immediately clear. The original French title, for instance, is Amers, which literally means “bitter” but I’m guessing is some bit of wordplay on “À mers”—“At Sea” or “To the Seas,” both of which strike me as much better titles for long ­poems about the ocean. Instead, translator Wallace Fowlie has given us Seamarks, which evokes nothing so much as stains on a boat. That rostra and that versant seem ­unnecessarily fussy, until I look across the page and see them—rostre, versant—right there in the French. Is it a faithful rendition, then, of very fussy French? Rostra, for instance, is from the world of Ancient Rome, so calling it a “platform” wouldn’t send us to the early days of Empire when we read the verse. But of course rostra doesn’t send us to the early days of Empire, and I can’t believe it did in 1960. Then and now, it sends us to the dictionary.

I pecked around to see if Perse was still being read in France—he’s in print here, but in an “I suppose we can special-order it for you” kind of way—and found Amers on a list of Le Monde’s Books of the Twentieth Century, along with Céline and Barthes and H. G. Wells and Asterix the Gaul. (Ah, France.) But does that mean Amers is still read in France, I wonder, or is it just thought highly of? Is it their Huck Finn or their Last of the Mohicans?

I gave up and kept going. Before long there was a killer of a line: “I will make you weep, there is too much grace between us.” That’s exactly the reason I read poetry. It has the sort of language, razor-exact and foggy at the same time, that hardly ever moves clearly in prose, and a desperate sort of longing that reads so much better floating free from narrative, because that’s when it happens in life, suddenly, on a train or dropping off to sleep, a fierce and senseless thought that goes universally unacknowledged all the livelong day. I read the whole thing in a sitting and a half, and although the silly words never let up—“The teredo of death is in the wood of the bed”—I grew accustomed to the tone, and let Seamarks wash over me.

This is how it goes with much of the difficult poetry I read, and I’m never sure if I’m being fair to the work. Some poetry is so thorny to scan that it feels best to unclench the brain, but then sometimes I’ll read a long strange poem, enjoying it in some impressionistic way, and then there’ll be a note at the back explaining that it’s an explicit homage to a sixteenth-century painting, or a response to a poem I’ve never heard of, or that it contains several direct quotes from a Belgian writer’s diary, and I’ll remember the time I sat in the Castro Theatre and watched a Godard, and halfway through the otherwise more-or-less straightforward film, there was a prolonged shot of an upside-down room, and then some gurgly noise and the figure of a person walking on the ceiling. All of us—my wife, another novelist of some repute, everyone else in the theater—sat and considered this strange but not unenjoyable choice. And then, a few minutes later, we realized that the second reel of the film had been inserted incorrectly into the projector.  It’s not Ah, France. It’s Ah, I’m a moron.

If you ignore the smoky allusions to creaky mythology, then Seamarks can be a joyous read, and its ­overindulgences and far-flung references fold into a blurry but ultimately mesmerizing experience. But one can’t help but assume that the Nobel Committee didn’t say, “When considering the work of Saint-John Perse, we just let it flow.” What they actually said was this:

His dominating quality is the wish to express the human, seized in all its multiplicity, all its continuity; the wish to describe man, forever the creator, struggling from century to century against the equally perpetual insubordination of the elements.

Which might be the same thing as letting it flow, at least in Sweden. In any case, when I finished the book, despite Perse’s (Fowlie’s?) ultra-fanciful style, or perhaps because of it, I felt like I had a glimpse of the world inside someone’s head—someone gazing at the sea, and talking in such a way that I didn’t understand. This felt French. I wanted more. I bought, only a little sheepishly, another book by Saint-John Perse. I can’t say I felt illuminated, but I felt instructed. Seamarks taught me something.

A teredo, by the way, is a wood-burrowing shipworm that destroys the submerged tinders of ships and piers.

In Search of Jim Crow