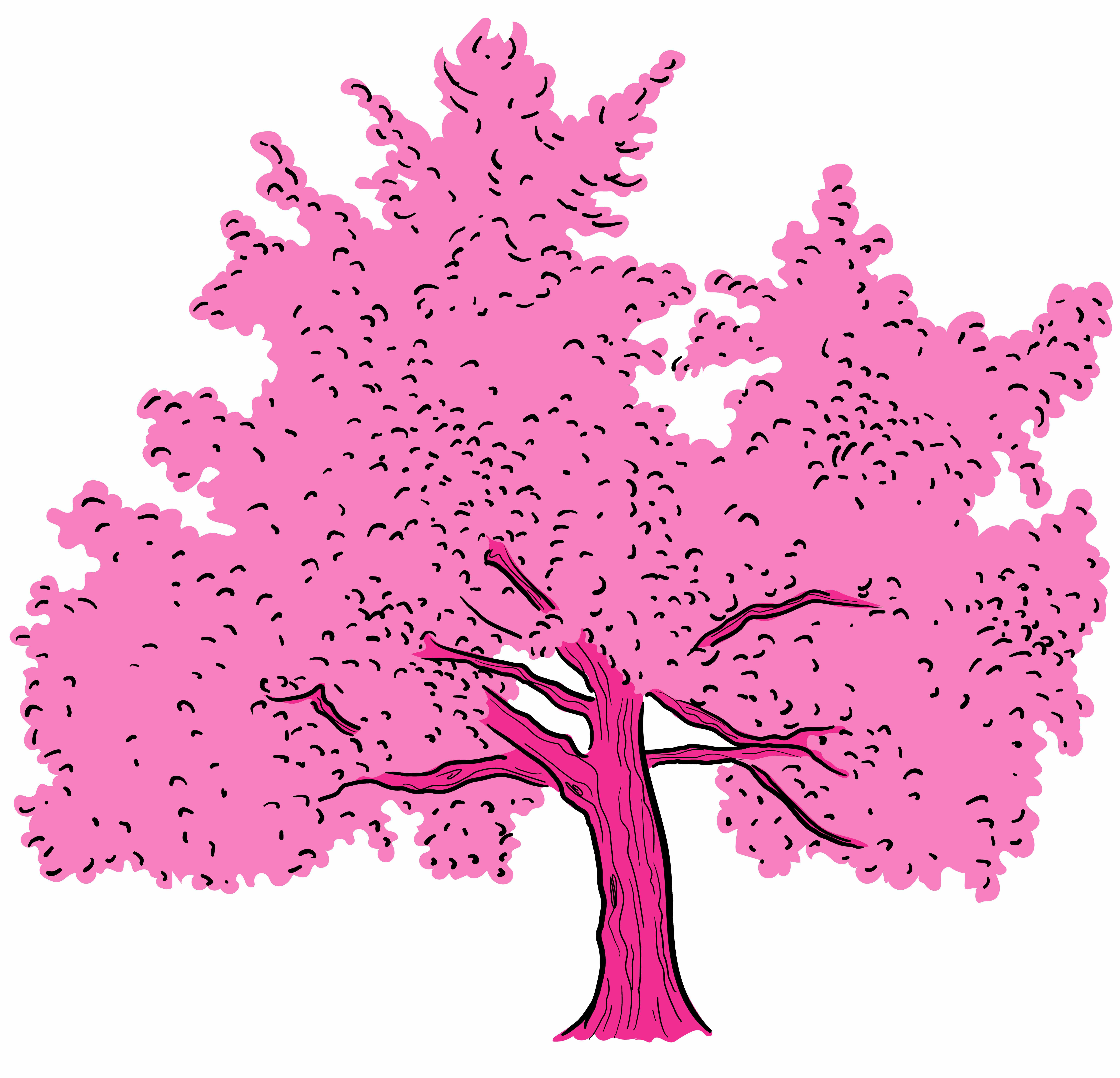 I’ve never had any interest in plant life. I didn’t know what a cypress was until I was in my thirties. In my mind, cypress was simply a euphonious sound, absent of image. Maybe I even used it in a poem, based on its pretty sound, having no idea that cypresses were the tall, thin, pointy evergreens that hedge car dealerships and banks and stand alone like utility poles along the 405 freeway. Cypresses are so common in LA, where I grew up, that they could be a backdrop for a video game. After I was finally able to identify a cypress tree, I was bothered by my general ignorance about plants. What were those hard, poisonous berries, like itty-bitty persimmons, that I picked for my dolls when I was a kid? What were those big white flowers I passed on President Street on my way home?

I lived in Vermont in the summer of 2020, and every morning I woke up to a view of beautiful trees. They provided for me a bounty of oxygen to breathe in during the months when everyone was afraid to breathe for fear of infection. I was grateful for these trees, but they made me feel guilty. I had something like face blindness; I could not distinguish one green tree from another green tree. Shouldn’t I at least reciprocate my gratitude by learning their names? But then I thought, Why should every life form be taxonomized? Maybe it was OK to see trees and think, Trees,and leave it at that.

My grandmother used to travel on a bus with her church friends to the San Bernardino Mountains to harvest fiddlehead ferns. I went with her as a child a couple of times. The bus would drive to a rest area where travelers stopped to eat Burger King. On a tawny hill there, dozens of elderly Korean women with towels over their heads would squat to forage for fiddleheads. After collecting a few bags’ worth, my grandmother would march into the rest stop bathroom to wash the bristly, sticky bracken in the sink. I recall how incongruous she looked with that towel over her head, like a peasant farmer from the old country, amid the white Californians on their way to hit the ski slopes. I didn’t know until much later that these plants were called fiddleheads. Gosari was what we called them—monk food—because they are supposed to quell sexual desire. My family ate them blanched and marinated for dinner.

Around my home in Brooklyn, I am a little more knowledgeable about the plant life, if only because my husband and daughter have a casual interest in horticulture. I know, for example, that the trees outside our building are gingko trees. The seeds, once they are shed onto the sidewalk, are little stink bombs, unleashing a sulfurous odor if they are crushed underfoot. “Don’t step on the gunko!” my daughter shouts if we approach a shadowy yellow stain of pulverized gingko on the sidewalk, and demands that we cross the street.

Princess trees are an invasive species that grows everywhere in Gowanus, our industrial gentrified neighborhood. They are known to flourish especially in “disturbed habitats” like forests defoliated by gypsy moths and other places stripped of vegetation by global warming. They have wide, floppy leaves that are so big you can wrap your hand in one to make a hand taco. Big enough, even, to make a tourniquet. In spring, princess trees issue a foam of pale lavender flowers. But I confess that I never noticed their blossoms—would never have noticed these trees at all, even, if it weren’t for my husband and daughter who shout, “Look! A princess tree!” every time we come across one.

My daughter likes the whimsical name. She also likes the story of how princess trees arrived in Gowanus, or at least as it’s told by her father. The trees are native to China, and in the 1800s, the soft seed pods were used to cushion porcelain in crates that were then shipped across the Pacific to the US. As dockmen unloaded these crates from the Gowanus barges, the seed pods would escape and fly everywhere, taking root in the starved soil of abandoned lots. Indeed, my daughter likes to identify them because princess trees grow in unexpected places like the edges of parking lots, construction sites, and within the cracks of sidewalks. I also learned that the princess tree is so called because a seedling used to be gifted to Chinese families when a daughter was born, and was chopped down once she married.

Now princess trees grow unimpeded along the embankments of the toxic Gowanus Canal. They grow in idle construction lots, where new development has been halted by COVID. They climb the walls of security fencing and crowd plots designated for the native oak. This past spring, when Brooklyn was especially deserted and desolate, I was alarmed to see weeds sprouting from the sandbox of an empty, locked playground. It reminded me of the famous photographs of Chernobyl in which the corroded interior of an abandoned school was swallowed by mountains of verdant overgrowth. It is cliché nowadays for a writer to imagine the apocalypse, but it’s too irresistible. I have visions of princess tress climbing walls, creeping into open windows, doorways, and air shafts until the whole city is one green twining chrysalis.

Years ago, when I was troubled by my horticultural ignorance but too lazy to do anything about it, I fantasized about owning a device that could tell me the name of each plant if I simply pointed at it. Now, of course, there’s an app for that. On walks with my daughter, I will occasionally pull up iNaturalist. I take a picture of a plant and the app tells me its name. The hedge that edges the condo near my apartment is a Japanese yew. The flowers by the parking garage where people rent Zipcars are meadow sage—though no meadow is in sight. And that yew is not in Japan. The plants’ provenances seem out of context, the names like starchy ornamental labels. I haven’t yet swaddled these names with the memories needed to melt the name into the plant until it becomes the plant itself. My daughter, though, accepts the names more readily. On our way home from school one day, we came across berries in enchanting colors of icy blue and purple. The iNaturalist app identified them as porcelain berries. My daughter picked a cluster, wrapped them in a bindle of leaf, and took them home.

The Throne of Zion