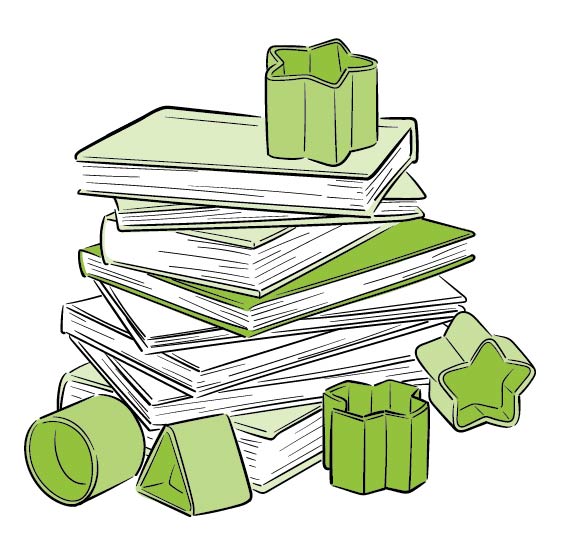 Just about every single one of my son’s play-uncles and aunties is a professor or a preacher, a visual artist or a self-taught poet—some are several of these at once—which means that alongside the adorable ultramarine bucket hat and embroidered blankets he has received as his earliest gifts, even before he is born, there is a veritable multitude of books. The offerings span a wide spectrum. There are classical works (Corduroy; Oh, Kojo! How Could You?) and more recent additions to the children’s literature canon (Ellington Was Not a Street; Life Doesn’t Frighten Me). Some are meant to help him fall asleep, others to raise his awareness of his people’s place in history and their indelible role in shaping the present day. It is no small matter, I soon realize, the process of choosing books for this child I loved long before his arrival in the material world, even when he lived entirely in the realm of the abstract, as the subject of late-night conversation with his mother—who, ever-vigilant in her commitment to the physical sciences, ensured that a periodic table of the elements would adorn the wall of his nursery. Now he has a weight (normal for this stage of the pregnancy), and a name (historically grounded), and ears, and eyes, and a heartbeat that our midwife helps me to hear as I watch the FaceTime screen from a distance, in accordance with the hospital’s pandemic protocol, nodding to the rhythm. We are taken aback by the data he provides each day. We learn early on, for example, that our son detests all manner of cold beverages and frozen confectionary delights. His consistency astonishes us. Any strawberry Popsicles or bowls of chocolate ice cream are followed by a series of swift kicks in protest. The more we learn about him, the more we expand the reading list. During the most recent ultrasound, he stuck his tongue out, which, as we are children of the early ’90s, brought us to vintage images of Michael Jordan. Add a pop-up book about the NBA’s golden age to the pile.

Almost all the books my parents gave me as a child were historical in nature and centered on folk heroes of some kind. My childhood shelves were packed with book-length profiles of Benjamin Banneker, George Washington Carver, Harriet Tubman, and Ida B. Wells, stories of all that Black American people had collectively accomplished, conveyed symbolically through the triumphs of our champions. I needed to know them in order to know myself. This was part of my parents’ comprehensive educational strategy for their children: I went to an all-Black private school for pre-K, my Sunday school classroom had an Afroed Jesus on the wall, and my entire south Yonkers, New York, neighborhood was composed of families from across the African diaspora—poor and working people acting out, in word and practice, a vision of Blackness that extended across a full spectrum of color, nationality, and language. These environments, not unlike the books in my room, instilled a sense that I had my own glorious place in the grand narrative of history. (Whatever pedagogical work around the pervasiveness of American racism the books didn’t accomplish, my father made up for with stories of integrating his high school in Jim Crow Alabama.) My skin, my hair, my eyes, my hands, my mind were lovely, loved, and I knew it. All were divinely crafted, and were detested only by those who hated most else of what was wonderful in and about the world.

In the nursery, there are wooden letters above the crib that spell out our son’s name, and the letters on the pages of the literature on the shelves below, meant to show him his place within a continuum of consciousness. As I write this, there’s a manuscript on my desktop filled with poems I have written to catalog the process of his arrival: everything from being barred from attending his first three ultrasounds to the first time I played him a Dipset freestyle and felt him kick in response to the 808-laden instrumental, the boom of the bass like a round of robins filling the atmosphere. He’s due tomorrow. When he gets home, dressed in an outfit his mother chose months ago and a blue hat to match, a collection of books curated with love awaits him. One of my favorites of the bunch, written by Derrick Barnes, is titled I Am Every Good Thing. On one of its final pages, the text reads:

every now and then,

And I will not answer to any name

that is not my own.

In the name of cultivating this lexicon of brilliance and beauty—a language in which he might say who he is, who we are, with the courage and joy that animate our entire tradition—we will continue building this chorus of voices for our boy.