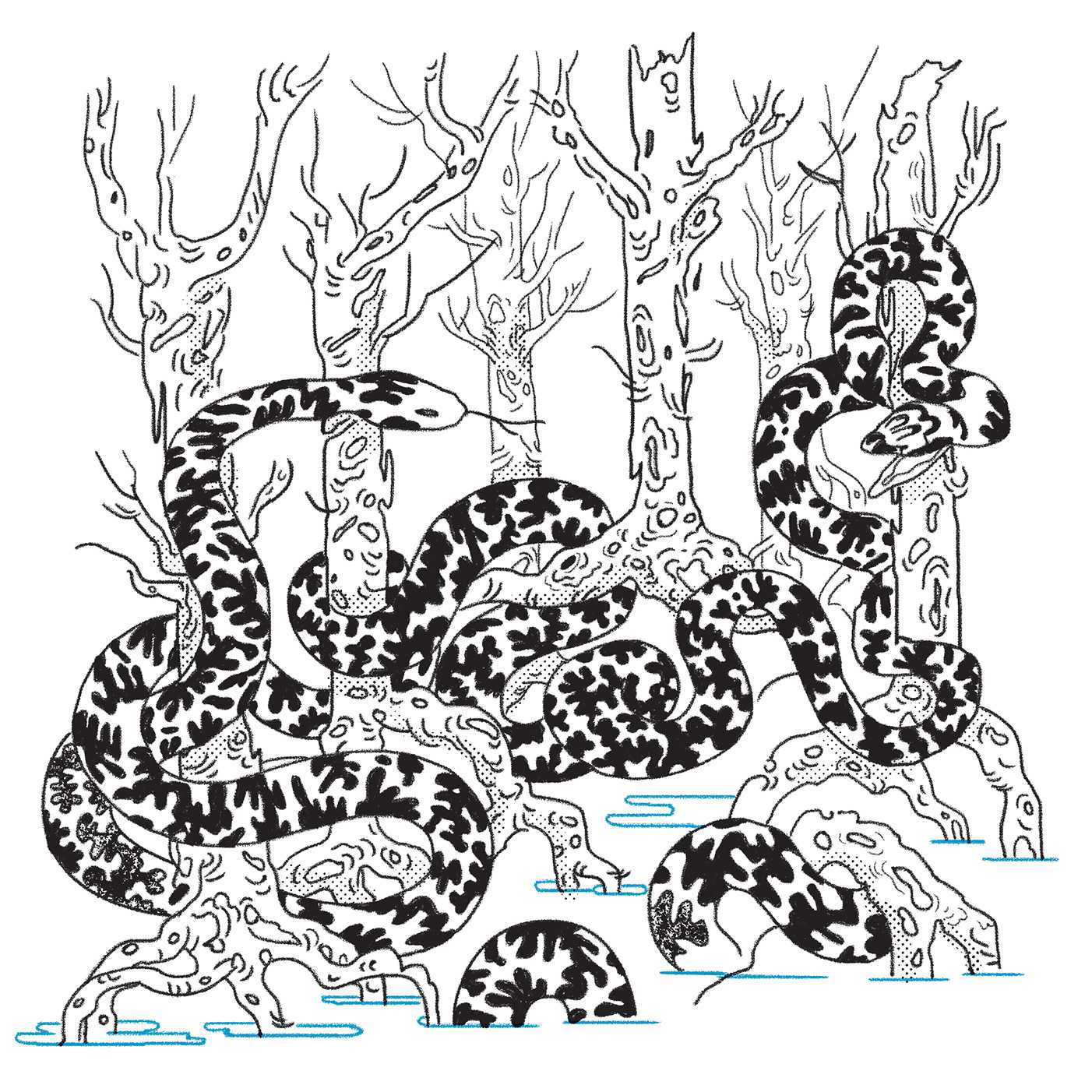 so thick that all day it seemed like evening. Mother said that my

bearded father could not speak and that of his face only the eyes,

nose, and mouth were visible among a lingering scent of creek bed

moss. Mother told me that when I cried as an infant she would take me

would quiet me, but once I saw mother ax off a chicken’s head

on a stump and that chicken pulled a red string twice around that cabin’s grass,

a string I knew led into our own bodies, a string I would later

use to pull Mom & Dad around in old age, their human lag.