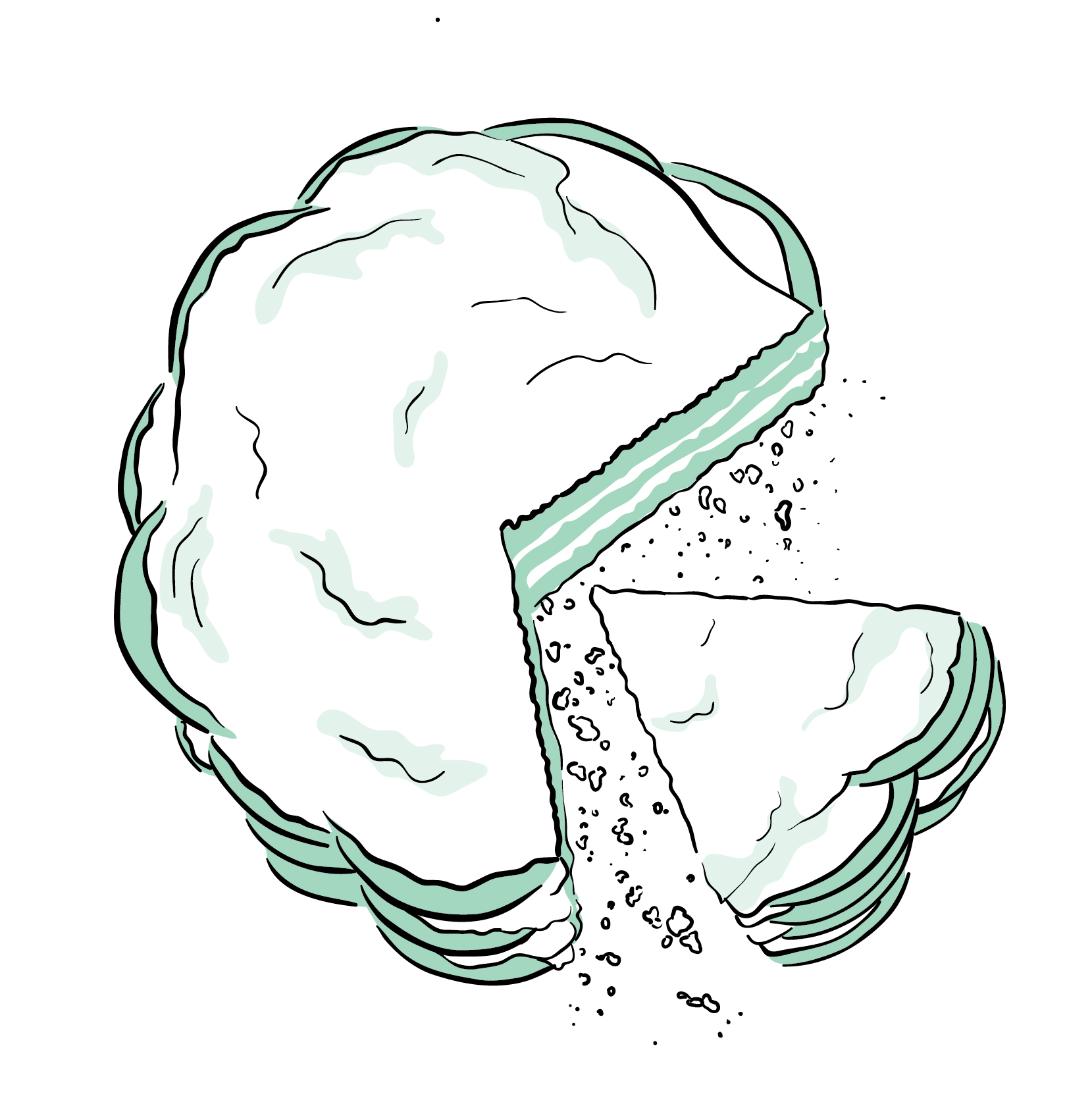 Jugaad is a hack, a hustle, a fix. It’s a lot from a little, the best with what you’ve got—which is likely not much, if you need jugaad. A “very DU word,” a Delhi University grad once explained to me, and I thought about how college students as a rule and around the world turn nothing into something (e.g., instant noodles).

I first learned the Hindi word in the summer of 2008, which I spent as an intern at a Delhi magazine called Money. A friend in another Indian city—an interloper in the old country, like me—revealed it on a call. She and I loved words. Back in Texas, we had devoured the words of Indian novelists, used them to build an alternate world, a fantasy India, as if our parents had never left (the voluble writers came in handy: Salman Rushdie, with his refracting tales; Vikram Seth, whose A Suitable Boy dropped with a life-changing thud). Jugaad explained a quality we knew about before we had the means to name it. For instance, when our parents took idlis on road trips because they valued fermentation as a preservation method long before Williamsburg shopkeepers taught the world to do the same. They liked hacks before hacks were the fashion: keyboards, not pianos, to service the lessons that were obligatory; accent-modification audio tapes they could listen to as they drove or as they shaved their way into new identities, so as to sound like the locals from whom they aimed to take space—Texans with centrally located homes, and hearts also centrally located, inside the place they were from. The efficient assimilationist knows where to cut corners to get from the aisles to the center.

At my office in Delhi, jugaad functioned as company policy of an informal sort. Corporations, not readers, kept us in business. Liquor magnates, airlines, and clothiers paid for ads, and we repaid them with glowing press, when they might have been targets of critique. Back in a rented apartment, I told a young Texan man who’d come to India with me about this connection between the word my friend had learned and the dissonance at my workplace. The friend eventually married the man who’d taught her the word, a boyish Bangalore native. I married the young American man I’d taught the word to, whose skin was so white that people stopped us on the streets during that India stint to tell me how lucky I was.

The word jugaad is usually associated with men. Most news stories about it reference a truck, for starters, that icon of the boy child. In parts of India, certain trucks are called “jugaads” because they are built of salvaged parts. In a 2010 study of Asian entrepreneurs by a British think tank, respondents who hailed from India named an abstract quality as key to success. That same year, the Harvard Business Review published an analysis of this mysterious force—jugaad, or “frugal innovation,” as the paper termed it. “An effective solution using limited resources.” Jugaad became a resource itself, imported to the center from the aisles. Gold, water, jugaad, all to be plundered by the enchanted Westerner.

When you leave, you stay on a couch, you rewire a brain, a sound in the kitchen reminds you of a past and an imagined future. A relative asks, “Why leave a rich man who let you do what you want?” Another that “if only you’d learned the recipes that made him happy, he would have behaved.” Your friend, who taught you jugaad, she did learn. She rose with the sun to chop vegetables and iron shirts. A star student, valedictorian of her college, married to a B-minus kinda guy—but what a smile! What a claim to space! Yet she left too, donated the saris bought by the boss in the kitchen, a mother-in-law who seemed to love no one but her son. Wants no reminders, no gold, no silk, no matter how lovely. Limited resources, OK. Ready to improvise a solution. (Sometimes the heaviness of the silk comes to her as she folds clothes in her rented room, back in America, and she does feel wistful.) The other of you—you, that is—shivers on the floor, too sick to crawl up a ladder to a space-saving mattress. Your visions are of a big bed with folded blankets and the mother-in-law who felt like a mother when your own was gone, whose love was so tempting, home so luxuriant (so centrally located) that you see why a son might remain a boy. Mom with the Texas accent and the right to space—mom you partly married, back when you thought maybe you could be Texan, maybe your kid could belong. Past is past, you tell yourself. You gave away the gifts, left the big bed, went to stake your own claim. You meet a lawyer in a midtown office who talks resources. “I get women in here all the time just like you,” she says, and you thrill at the sound of a woman in charge, “who say they don’t want anything. A year later, they realize they could have done with some fuel to move them to the next chapter, to grease the next hack. After all, they lost some on that last one, on life with a man.”

The thing you want, you explain: the chance is gone. The gas left on while you slept, disappearances, bottles in the bed. Room only for one child and for a time that was the husband. And now where were you? You did not mean to say all this, but this lawyer… She came on rec from an ambitious friend. They once shared space in their big-firm days, before your lawyer called that life quits, got a yoga certificate, rented space in a co-working building, thought of emotions as she did business. Now she smiles, this lawyer who chose her own path, reveals a belly, her age, a naked ring finger. “Anything is possible,” she says. “This is New York.”

There are places Harvard Business Review authors don’t go. Where live womenandchildren, to use a term coined by the social theorist Cynthia Enloe. She was making a joke about how often the two groups get shoved together into some imaginary space, peopled with other half units of human: refugees, migrants. But imaginary space is where jugaad might by definition be said to fit best. In the mind, armies spring from plastic, beaches from sandpits, drums from overturned buckets. Women change bodies, jump status, build children who build armies, beaches, drums. Sprout hair from midbrow using some new product after years of plucking hairs dead when pencil was the directive. Asians go blond, Slavs brunette, to meet directives for male fantasies. Create a lot from a little, human from seed, life from idea, placenta from nutrients, organ from air, factory from womb.

In 1927, the Cyclone rose in Coney Island while a housewife up the way perfected a cheaper thrill. The icebox cake. Graham cracker and canned cream (and maybe a child, from the womb, to merit its creation). No oven needed. A treat for times of war. Maybe we marry—some of us—to make something from nothing: to turn local, white, Bangalorean, rich, safe, male, protagonist? Maybe we think we are nothing. The world may suggest as much but in certain spaces that idea comes out sounding different. “You can make babies without men,” the lawyer said. “You can make something from nothing.”