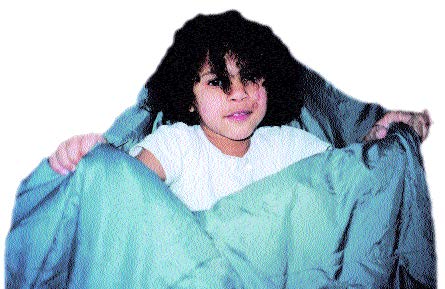 In 1969, Stan Burns and Michael Marmer had the chance to present their proposal to ABC executives.

Already well-known for their writing collaboration with Steve Allen and Carol Burnette, as well as their work on Get Smart, they were pitching their new pilot to the network.

It will be reminiscent of the television series Get Smart, but with chimpanzees instead.

The project was approved, and the creators, Burns and Marmer, made Lancelot Link, Secret Chimp a reality.

The show was short-lived, containing only thirteen episodes, but it still stands as a significant moment in TV history.

Revisiting the episodes after three decades, it’s impossible not to feel the joy that must have taken place on the set and the amount of fun that the crew, and most likely the chimps, had during the production.

The storylines are far from elaborate. The main attraction of the show is having chimpanzees don costumes and execute amazing feats, no other elements required.

Burns and Marmer went to extraordinary lengths to ensure the dialogue matched the movement of the chimp’s lips.

On the set, they created humorous scenes by having the chimps randomly sing or recite Mother Goose rhymes at the end of sentences. The result was far more entertaining than typical Hong Kong action movie dubbing.

The program consists of ten-minute segments in which Lance’s Agency to Prevent Evil (A.P.E.) takes on the malevolent minions of C.H.U.M.P., with musical interludes separating the stories.

The tunes are performed by Lancelot Link and the Evolution Revolution, a psychedelic pop band that could be a Monkees homage or satire. All the songs are original and the chimps donning psychedelic attire are filmed mimicking the music.

Bob Emenegger, who had previously worked with the musicians in advertising for Honda and Bank of America, assembled the Evolution Revolution project.

He claims that any wordplay or allusion to the Monkees was unintentional. “The Monkees were not a factor in the decision,” he said. “I thought we were better than them, although we weren’t as successful.

The writers and producer wanted to have a band comprised of the actors from Lance.”

The cause of the show’s early termination remains unknown. Reports that PETA was the culprit behind its closing due to the castration of the male chimps have been disproved.

Possibly the immense seven-figure budget was the reason for its downfall. Alternatively, it might have been due to the incident when ABC personnel visited the set and observed the show’s main character, Tonga (a.k.a. Lancelot Link), actually biting his vet.

I Created Lancelot Link, a 1999 short documentary by Diane Bernard and Jeff Krulik, offers an opportunity to appreciate the grandeur and eccentricity of the show for the uninitiated

. Krulik, the director of the cult classic Heavy Metal Parking Lot, and Bernard recorded a reunion between the creators with a shlocky Hi-8 video and presented a collage of anecdotes from Burns and Marmer and some of the show’s most remarkable segments (chimps on skis!).

It has been over 35 years since Nickelodeon only ran thirteen episodes of Lancelot Link, and without the documentary by Krulik, it would likely have been forgotten.

The only way to watch the episodes at this time is by using Internet bootleggers, but Krulik is hoping for a revival and for the episodes to be put on DVD. He states, “How can you go wrong with performing chimps? They’re evergreen.”

The way in which one expresses themselves can be altered to remove any potential plagiarism.

This can be done by changing the structure of the text while keeping the contextual meaning and semantic value the same. It is essential to preserve the formatting of the text when doing this.

An Interview with Natasha Trethewey