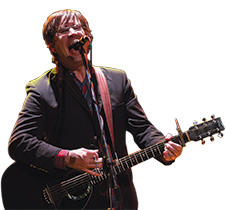 Back to the band: it was just two kids, Cyrus and Jeff. Even if we ourselves don’t listen to death metal, we’re fluent enough in its folkways to wonder again: wouldn’t the names “Cyrus” and “Jeff” be judged inadequate in a subculture populated by characters with menacing appellations like “Cronos” and “Destructhor”? Further, Darnielle tells us, the boys never did get around to naming the band itself, although “after weeks of debate” they narrowed the field to three finalists: Satan’s Fingers, the Killers, and the Hospital Bombers. These options strike us, respectively, as silly, overused, and just perplexing.

Martin Seay on “The Best Ever Death Metal Band in Denton” (which you can read here).

Tags: THE best ever death metal band in denton
0Likes
Leave a Comment