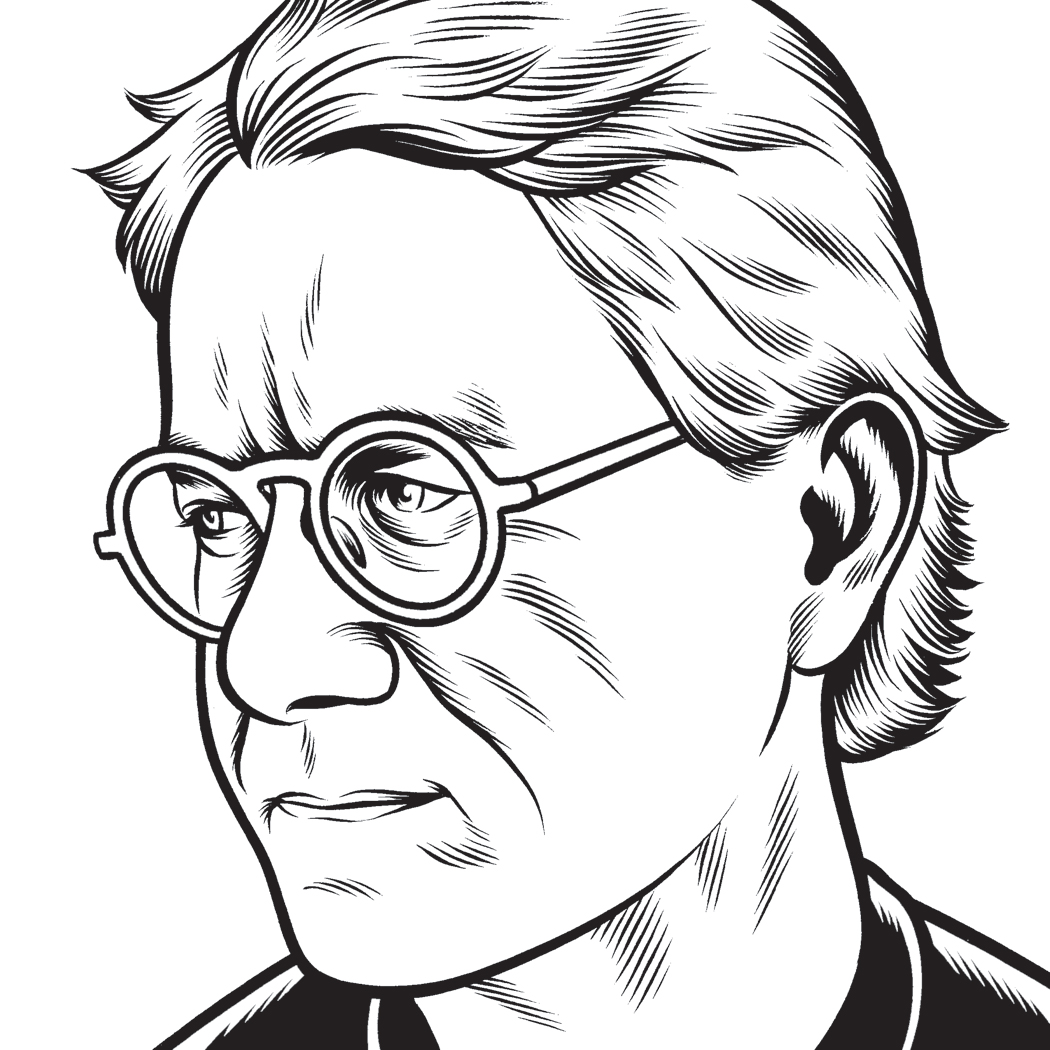 (1) Alison Faith Levy, “Itsy Bitsy Spider,” from World of Wonder (Mystery Lawn Music). On an album of children’s songs, this glorious recording—with startling new verses pitting a mouse against a cat, a monkey against a tiger, a hippo against a snake, and the spider against a bumblebee—comes forth huge, pounding, with a passionate vocal from Levy and, from producer Allen Clapp, the most convincing re-creation of Phil Spector’s Wall of Sound anywhere. Precisely, it’s “Itsy Bitsy Spider” as the Ronettes’ “Be My Baby,” the feeling bigger with each chorus, and each chorus more ambitious, more deliriously affirming Levy’s animal-kingdom moral fables.

But Spector, now serving nineteen-to-life for second-degree murder in the 2003 shooting death of the failed actress and House of Blues hostess Lana Clarkson, remains as much an author as Levy. Released in 2009, Vikram Jayanti’s trial documentary, The Agony and the Ecstasy of Phil Spector, can leave you almost certain that Spector did not kill Clarkson (after watching his attorneys present forensic evidence at his first trial, which hung the jury, you can imagine Spector bringing out a gun, showing it off, listening to Clarkson talk about how worthless her life had turned out to be, and then handing it to her: “Go ahead and kill yourself, I don’t care”). On February 21 the Supreme Court refused to review the case; as Spector waits out his time, I hope this puts a smile on his face.

(2) Eleanor Friedberger at the Independent, San Francisco (February 4). Appearing with Friedberger were a drummer, a bass player, and guitarist John Eatherly, who’s likely in his mid-twenties, looks sixteen (“That song was about fun times,” the thirty-five-year-old Friedberger said at one point, “back when I was his age”), and has the fastest hands I’ve ever seen. He reminded me of Tim Lincecum: he seems to invent melodies as he plays others, and he can shred. His face is always quiet; there’s a lyrical slide in his attack that takes the coolness off what might seem like technique for its own sake, and if his lyricism is still a step or two away from soul, it will come. Friedberger herself is impossible to fix, a singer who at her most distinctive comes across like someone arguing over the phone. A rambling, seemingly scattershot set turned on a dime with the unreleased “When I Knew.” It’s the kind of bouncing, emotionally blunt song the radio was invented to play, a song you hear once and then play over and over in the radio of your memory, hoping that when it is released it’ll sound half as right. For an encore, Friedberger came out alone and sang “(Ummm, Oh Yeah) Dearest,” recorded by Buddy Holly on acoustic guitar in his Greenwich Village apartment the month before he died, when he was younger than Eatherly. The song is so perfectly written (by Ellas McDaniel—Bo Diddley—Prentice Polk, and Mickey Baker) that it doesn’t seem written at all, and Friedberger let it sing itself, as if she were following a step behind, in love with the way every barely sung “Ummm, yeah” opened into catacombs of affection and regret.

(3) Jennifer Castle, Castlemusic (No Quarter). From Toronto, Castle was one of the Siren voices on Fucked Up’s David Comes to Life. Here she wanders like a pilgrim through the desert once crossed by Paula Frazer of Tarnation, Hope Sandoval of Mazzy Star, Julee Cruise, and maybe most of all, Kelly Hogan’s “(You Don’t Know) The First Thing About Blue.” Two-thirds of the way through, with “Misguided,” Castle reaches a pitch of mystical transport so gorgeously ethereal she seems about to drift off into lands that don’t appear on any map. But then everything gets tougher, and the desert turns into Duane Eddy’s forty miles of bad road.

(4) Dave Bickler on The Colbert Report (Comedy Central, February 3). As an answer record to Newt Gingrich’s unauthorized use of Survivor’s “Eye of the Tiger” at campaign rallies, Survivor lead singer Bickler took the stage and made a heroic, without-a-breath dash through what could have been an entire page of Gingrich’s A Nation Like No Other—to the tune of “Eye of the Tiger.” “‘A nation explicitly Christian’” he declaimed: “Of the tiger!” When Bickler got to Gingrich quoting Patrick Henry, he made “Give me liberty or give me death” sound like a power ballad.

(5) Big Brother & the Holding Company, “Faster Than Sound” (June 23), from Live at the Carousel Ballroom, 1968 (Columbia Legacy). Six minutes. Total riot. Punk shamed. Desperation, release, fear and driving right through it, hitting a wall, climbing over it, falling into a swamp. As Jim Thompson wrote in 1952 in The Killer Inside Me, “a man is hanged and poisoned and chopped up and shot, and he goes right on living.” There are screams that seem to come from other than ordinary bodies, wow-wow-wows that sound like hurricanes chafing at the starting block, a feedback solo that breaks up as it’s played, or as it arrives—can you go faster than sound, on your own two feet, with the wind of a nightmare at your back, a nightmare you can’t bear to wake from because you want to know how it turns out?

(6) Deborah Sontag and Walk Bognaich, 8 GUILTY FOR PRISON MASSACRE IN RARE TRIAL OF HAITI’S POLICE (New York Times, January 19). Or Judge Dread lives. In 1967, the Jamaican ska songwriter and producer Prince Buster took on the mantle of an Ethiopian judge come to Kingston to rid the land of its scourge of thugs; across three historic singles—“Judge Dread,” “The Appeal,” and “Judge Dread Dance” (aka “Barrister Pardon”)—he piled hundred-year sentences on teenage murderers, jailed their lawyers, left them weeping and pleading for mercy, then set everybody free and left his seat to lead a cakewalk through the court: “I am the judge, but I know how to dance.” Judge Dread reappeared on January 19, in Haiti, in the person of Judge Ezekiel Vaval, when, in an act that broke the culture of impunity that had always surrounded Haitian government officials of any sort, he sentenced eight police officers to prison for a jailhouse massacre they had perpetrated and covered up. “The decision of the judge is his expression of the truth,” said Judge Vaval, as in cadences that matched Prince Buster’s in both spirit and form he handed down sentences of two to thirteen years of prison and hard labor, giving police chiefs the longest terms. “There are other versions that exist but this is mine. And that is the law.”

(7) Gaslight Anthem, “Changing of the Guards,” on Chimes of Freedom: The Songs of Bob Dylan (Amnesty International/Fontana). Aren’t tribute albums terrible? Yes, especially when they’re for a good cause, and four CDs long—but Gaslight Anthem, from New Jersey, puts so much humor and dread into this Street Legal number, unrealized in Dylan’s own hands, that you forget it’s a Dylan song. Elsewhere, even on the few tracks worth hearing more than once (Diana Krall’s “Simple Twist of Fate,” Ziggy Marley’s “Blowin’ in the Wind, Miley Cyrus’s “You’re Gonna Make Me Lonesome When You Go,” Bryan Ferry’s steely “Bob Dylan’s Dream”), words generally come out more clearly than on the originals, because so little is going on musically, either in terms of playing or singing—there’s nothing else to listen to, to be distracted by. “People have a hard time believing that Shakespeare really wrote all of his work because there is so much of it. Do you have a hard time accepting that?” Dylan was asked in 1991. “People have a hard time accepting anything that overwhelms them,” he said.

(8) Barack Obama, “Sweet Home Chicago,” White House Blues Night (February 21/PBS, February 26). In what would have been his hundredth year, Robert Johnson’s song was sung by the president of the United States.  After a command from the guitarist Buddy Guy (“I heard you singing Al Green—you have started something, you gotta keep it up now”), he started out flat on “Come on, baby don’t you want to go / Come on, baby don’t you want to go,” and then with a rounded, lifting tone just barely swung “Chicago” into the night.  He couldn’t have taken the tune from the band more casually; he must have heard this song all his life.

(9) “Venus in Furs,” written by David Ives, directed by Walter Bobbie (Manhattan Theatre Club, New York, December 18; now at the Lyceum). “Like the Lou Reed song?” says Nina Arianda’s Vonda as this storming, shape-shifting two-person comedy gets going. An actress shows up late to try out for a part, only the director is there, he says they might as well get it over with, and then the battle begins.  It’s Naomi Watts’s audition scene in Mulholland Dr. with a subtext out of Camille Paglia’s Sexual Personae—translated by Betty Hutton in The Miracle at Morgan’s Creek and Martha Raye in Monsieur Verdoux. Unless Vonda is the lost sister of the Marx Brothers crossed with Lady Gaga and Helen of Troy, who after more than three thousand years has a lot of scores to settle.

(10) “King’s Court,” Super Bowl Pepsi Commercial (NBC, Feb. 5) After dispatching various miserable contestants for a single can of Pepsi, King Elton John is faced with X-Factor queen Melanie Amaro, who, packaged as a stand-in for the Queen of Soul, steps up to perform a hideously oversouled and oversold version of Aretha Franklin’s “Respect.” After Elton sheepishly awards her the coveted red, white, and blue can, she zaps him into a dungeon and gives everyone in the court a free drink. In a better world, Elton would have sent her back to her TV show: “Lady, I served with Aretha. I know Aretha. Aretha is a friend of mine. Lady, you’re no Aretha.”

The Topography of the Familiar