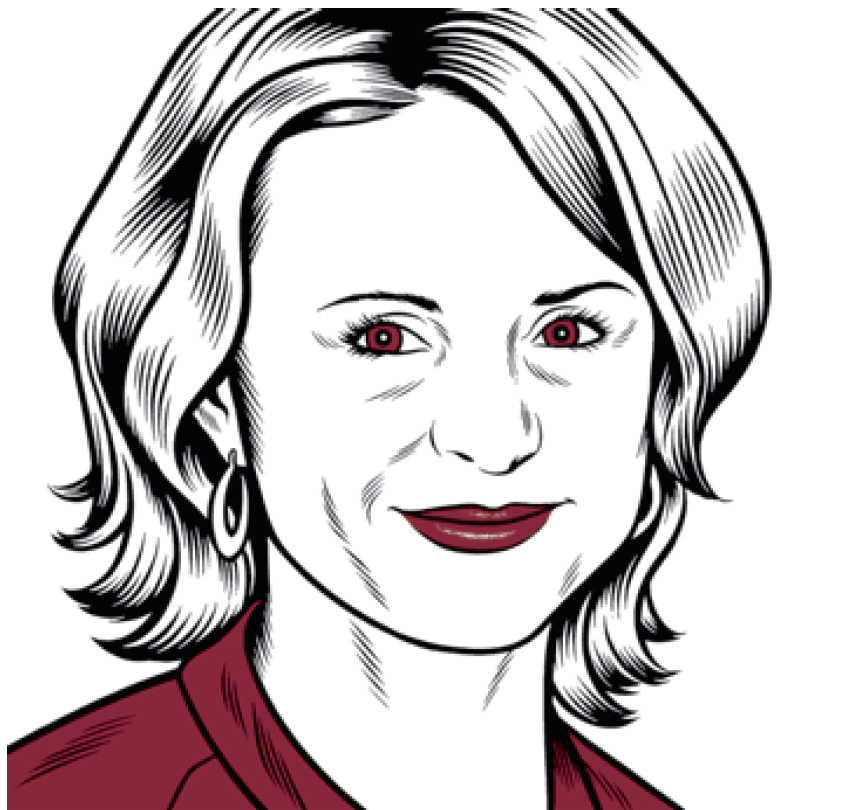 I’m thinking about getting one of those puggle puppies that are all the rage. But before I make the investment, are there any upcoming breed hybrids that might make for a trendier pet in the coming months?

I can’t blame you. I have a neighbor who is saddled with a “schnoodle,” a combination schnauzer and poodle. Whenever I see them walk by, I can’t help but think, “You poor bastard. That is so ’90s.” You might as well be walking a pet rock or, for that matter, pushing a stroller with an adopted Chinese baby. I mean, talk about over! So here, John, are the latest hybrids you might want to consider:

Last summer, my wife and I inherited three hermit crabs from her eight-year-old nephew when he went to camp. It’s been six months and we’re still stuck crab-sitting. I’m worried that if I flush them down the toilet, they’ll morph into supersized megacrabs, crawl back through the pipes, and seek revenge. What’s the best way to “take care” of a hermit crab?

P.S. Do you have any interest in three hermit crabs? They don’t take up much space.

“Taking care” of a hermit crab is a delicate operation. Hermit crabs are an unruly sort, possessing large pinchers, and believe you me, they’re just waiting for a chance to clamp that claw into a major artery in your neck. Never turn your back on a hermit crab. Now, the first thing you have to do is coax the crab out of its shell. I suggest either using a piece of meat, or appealing to the crab’s ceaseless and fanatical lust for the opposite sex. This second option would require you to either provide a decoy or act as a decoy. Once the crab is out of its shell, pounce. Bring the wrath of God down upon the crab’s tiny and vulnerable exoskeleton in the form of a large brick. Make sure you are accurate with your first blow, because the last thing you want on your hands is an agitated hermit crab.

P.S. Thank you for your generous offer, but after spending last July at a three-day Jazz festival where I shacked up in a makeshift lean-to with a percussionist I’d just met named Zobo, I already have more crabs than I could possibly care for.

I recently purchased a collection of sea monkeys. They are supposed to be “the world’s greatest pets.” The booklet that accompanied the aquarium illustrates sea monkeys’ ability to dance, create government, and perform a plethora of other tasks. Unfortunately, my sea monkeys don’t do anything but float in the aquarium. Is it outrageous to aspire that my pets’ achievements someday match those of their more talented brethren?

No, I don’t think it’s outrageous to expect your pets (or your children, for that matter) to excel. Often the key is discipline. Sure, your brine shrimp spend the day floating in the bowl, but that’s only because you’re reinforcing this behavior. It’s time for tough love. There is no question that you’re dealing with a simplistic organism that possesses no ability to reason, but that doesn’t mean they won’t respond to pain. If, after some extreme encouragement, you still aren’t having any luck, I suggest that you adopt. In my experience, I’ve gotten children to do some pretty impressive things. Think about it.

I hope you might be able to settle a bet. One of my friends insists that his Border collie (Henry) is smarter than my German shepherd (Fuzz Head). In my opinion, Henry happens to be pretty dumb. He eats his own poo and pees uncontrollably when someone new enters the house. Is there some kind of reliable dog IQ test that we can administer to get to the bottom of this?

First of all, if we judged intelligence solely on how much bodily waste one ingested, then I must be an idiot. It’s called urine therapy. I drink all the urine I can get my hands on. Holy men in India have been doing it for thousands of years. Urine enhances beauty and cleanses the bowels. Mostly I drink the midstream of my morning pee. Occasionally I’ll drink it steaming hot but usually mix it with juice or enjoy it over fruit parfait. Although there is zero scientific evidence that drinking urine is beneficial to one’s health, I choose to believe the opposite, based on an uninformed whim. So now how stupid am I?

Getting back to your dog situation. Intelligence can be measured by problem-solving ability; i.e., taking a regular swig of home brew to cure a malady. Create a problem for the dogs and see which one can solve it. Start a shed on fire, then get inside and see which dog drags you to free-dom. There is always the possibility that neither dog will come to your aid, but at least the world will be free of one more narrow-minded skeptic misjudging my prodigious intake of the precious salty nectar distilling between my loins.

I just lost $3,000 at an illegal cockfighting ring in Chiapas, Mexico. I want my money back, so naturally I’m going back in March. Are there any telltale signs of superior, aggressive, and more violent cocks?

Ah, the sawdust, the flying feathers, the spraying blood. I imagine those are the precious memories I’d cherish about cockfighting, if I had indeed spent the bulk of the ’80s cheering on my feisty squad of slashing gamecocks in the sweaty dank basement of a Filipino named Sabong. But I am a lady, and I was probably doing something else.

Look, J. J., I don’t know anything about the illegal and brutal sport of cockfighting, but I can tell you this: if you want to be a pit master when you return to Mexico, first gain some experience by attending the World Slasher Cup, an eight-cock derby held in a garage in Queens that any cocker worth his salt will be attending. Bet on the brood cocks because they are real slashers, often outfitted with razor-sharp Malaysian spurs or the pakpak langaw blade. They’re sure to make an under hack out of any Manok. I’ll see you there! Or, rather, I won’t.